The four-story, 87,200GSF John W. Olver Design Building (ODB) is located on the southern portion of parking Lot 62 immediately to the north of Studio Arts Building.  It houses three academic programs from three separate colleges in a single facility: Landscape Architecture & Regional Planning from the College of Social and Behavioral Sciences, the Department of Architecture from the College of Humanities and Fine Arts, and the Building Construction Technology program from the College of Natural Sciences.  The total project cost was $52 million.

The project exemplifies the University's commitment to sustainable and innovative design and the pedagogic value of integrating three academic programs.  Thanks to a grant through the 2014 Environmental Bond Bill, the ODB also serves as a demonstration of new and innovative wood construction technologies.

The ODB is a showcase of integrated design that is expressive of today's state-of-the-art building technology.  The design takes the form of a stacked courtyard with a collegial layout that provides a centrally located two-story commons for group activities, and is surrounded by studios, classrooms, workshops, and offices.  The first floor also contains a large meeting room, fabrication and materials testing shops, dining, classroom and research space.  The second and third floors contain studios, classrooms and offices, and a smaller fourth floor contains studios.  The two-story commons area features an open zipper truss and large skylight.  Many program spaces including studios, fabrication shops and offices feature polished concrete floors and exposed structural deck and beams.  It was the design intent that the finishes be limited to reveal various components of the buildings' mechanical, electrical and plumbing (MEP) systems for teaching purposes.

New instructional technologies include a 3-D fabrication laboratory, a woodshop, and a material testing lab. The building is outfitted with state-of-the-art audiovisual equipment. The studio spaces provide ample space for design students to work in combine studios mixing both architecture and landscape architecture students together. The building also features a café and extensive exhibition and pinup spaces.

The designers of the project were Leers Weinzapfel Associates Architects of Boston, Stephen Stimson Associates Landscape Architects, BVH Integrated Service for Mechanical and Electrical engineering, and Equilibrium Consulting from Vancouver B.C. Canada as the structural designers.  The project was financed through the University of Massachusetts Building Authority.  Construction began in March of 2015, and the building was occupied in January of 2017.

In 2017, the building was officially named the John W. Olver Design Building in honor of the retired Congressman and former UMass Amherst chemistry professor. 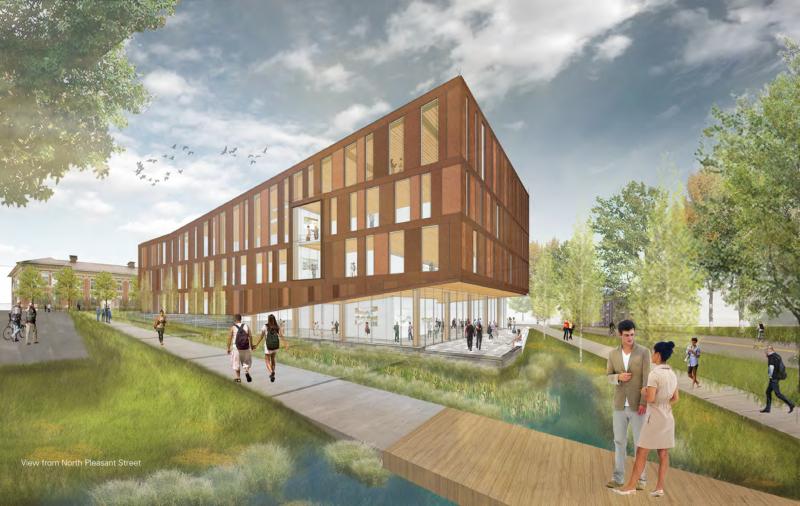 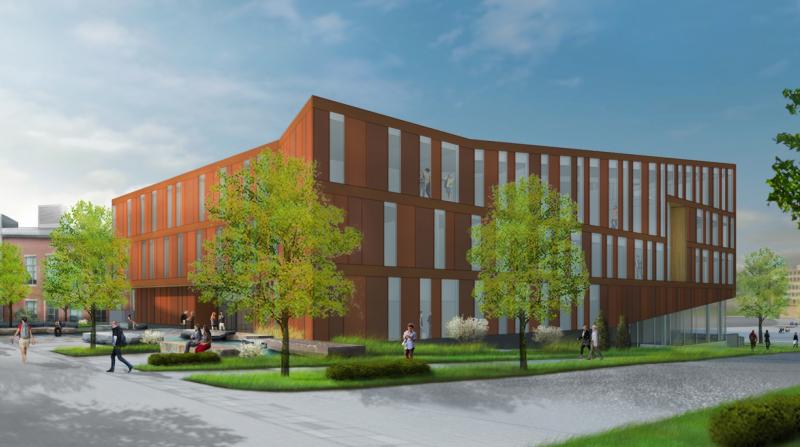