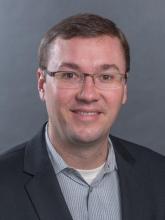 Materials that can change shape when exposed to light hold great promise for new applications such as smart building materials that harness solar energy and remotely-controlled micro-robots, but even the most advanced materials developed to date lag far behind systems that operate on traditional chemical or electrical power sources, says polymer scientist Ryan Hayward at the University of Massachusetts Amherst. 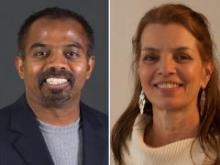 The work is part of Phase II of a continuing relationship between IALS and Anika.

Thayumanavan and Minter say this next phase of the collaboration builds on Thayumanavan’s expertise in delivering molecules into cells in a targeted and specific way and Minter’s expertise in autoimmune disease. They and the company will focus on research to optimize a drug delivery system to advance a new therapy candidate. 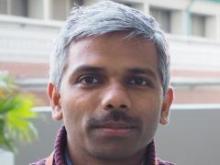 Experimental physicists at the University of Massachusetts Amherst today report that they have developed a fast, dynamic new process for wrapping liquid droplets in ultrathin polymer sheets, so what once was a painstaking process taking tens of minutes can now be done in a fraction of a second.

As Menon explains, many research groups around the world are working on the problem of wrapping liquid droplets to stabilize emulsions, which can be useful in drug delivery systems, for example, or for remediating oil spills. 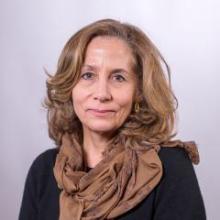 Maria Santore, professor of polymer science and engineering will present a Distinguished Faculty Lecture titled “From the Surfaces of Cells to Materials Innovation: Synthetic Systems that Mimic the Behaviors of Biological Cells” on Tuesday, March 6 at 4 p.m. in the Great Hall of Old Chapel at the University of Massachusetts Amherst.

When cells contact other cells or foreign objects, their responses can determine an organism’s survival. For example, reactions triggered at the surfaces of white blood cells amplify to produce organism scale behaviors, such as fighting infection or developing immunity.

Synthetic systems from the Santore lab recreate biological mechanisms that start at the surface and become large scale—examples will include materials that selectively scavenge, capture, kill or release targets in response to chemical and mechanical cues; control particle movement on surfaces; and assemble into molecularly thin force-responsive reconfigurable circuitry. These systems may ultimately facilitate biomedical devices, sensors, and protective gear or materials for energy harvesting.

Santore will be presented with the Chancellor’s Medal, the highest recognition bestowed to faculty by the campus, at the conclusion of the lecture.

The event is free and open to the public and a reception follows the lecture. For information, call 413-577-1101.

From the UMass News Office, February 2018 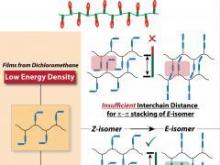 Materials chemists have been trying for years to make a new type of battery that can store solar or other light-sourced energy in chemical bonds rather than electrons, one that will release the energy on demand as heat instead of electricity–addressing the need for long-term, stable, efficient storage of solar power.

Now a group of materials chemists at the University of Massachusetts Amherst led by Dhandapani Venkataraman, with Ph.D. student and first author Seung Pyo Jeong, Ph.D. students Larry Renna, Connor Boyle andothers, report that they have solved one of the major hurdles in the field by developing a polymer-based system. It can yield energy storage density – the amount of energy stored – more than two times higher than previous polymer systems. Details appear in the current issueof Scientific Reports. 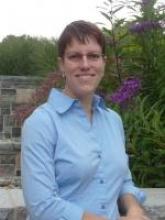 University of Massachusetts Amherst chemical engineer Sarah L. Perry, working with a colleague at the University of Illinois, is creating new bioinspired materials using electrostatic charges to direct the self-assembly process of long molecules. The research team, working with a class of polymers called coacervates, found they could be modified by changing the sequence of charges along the polymer chain. Coacervates are commonly used in food products and cosmetics. The findings are published in the journal Nature Communications.

Perry and Charles Sing, professor of chemical and biomolecular engineering at the University of Illinois at Urbana-Champaign, collaborated on the research. They say that long chain molecules called polymers are ubiquitous in biology where the precise sequence of chemical building blocks in the chain, known as monomers, encodes the structure and function of life. Perry and Sing are looking for ways to use this kind of chemical patterning to design new synthetic materials.

LANXESS Urethane Systems will enhance research on next generation materials

The Urethane Systems business unit of specialty chemicals company LANXESS decided to join the Center for UMass/Industry Research on Polymers (CUMIRP) at the University of Massachusetts Amherst, USA, in order to enhance its scientific research on next generation materials. CUMIRP acts as a cross-roads where university research and education meet with industrial partners in polymer materials, engineering and processing to leverage resources and foster collaboration. LANXESS will join Flammability Cluster (Cluster F) and Mechanical Properties & Additive Manufacturing Cluster (Cluster M). This collaboration targets the development of novel urethane materials, it focuses on in-depth understating of structure-property relationships to develop new process methods and new chemistries. The collaboration will come into effect on October 2017.

Polymer scientist Al Crosby and functional biologist Duncan Irschick, the inventors of the gecko-inspired adhesive, Geckskin, are co-directors of a new, system-wide UMass Center for Evolutionary Materials. It is intended to be a home for researchers from many fields who are interested in pursuing bio-inspired technologies to create new designs and products to benefit people and the environment.

Irschick explains that he and Crosby, inspired by the scientific and intellectual richness of their own collaboration and the success of Geckskin, want to see a center that will “engage people on a deep level of bio-inspiration, not as a buzz word but as a kind of intellectual playground for unstructured creativity. Such centers can be useful to foster collaborations.” 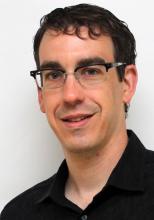 Todd Emrick, polymer science and engineering, with colleagues at three other universities, has been awarded a three-year, $1.8 million grant to support a multi-university Center for Chemo-mechanical Assembly from the National Science Foundation as part of its Center for Chemical Innovation program.

The science of the center is based on fluid flow and the use of flow fields to direct motion of objects such as particles and capsules. The investigators say, “Much as a river current carries a pebble, fluid flows can carry particulates such as nanoparticles and microcapsules. While mechanical pumps are conventionally used to drive fluid flow, chemical ‘pumps’ can also propel fluid by using chemical reaction networks to create gradients in chemical concentrations and fluid densities.”

Delivering proteins inside cells is a promising, fast-emerging field with potential uses in basic cell biology and therapeutics, say chemist Sankaran “Thai” Thayumanavan and colleagues at the University of Massachusetts Amherst. Now they have developed a new method of “shrink wrapping” bioactive proteins in a polymer coating that retains their shape and function, then dissolves away after the protein is delivered inside.

As Thayumanavan explains, many human diseases are due to a protein deficiency and patients would benefit from receiving the molecule they lack. But many proteins cannot be kept intact and will not be effective if delivered outside the target cell. “We could treat many disorders much more effectively if we had a way to get the specific protein delivered intact, inside the cell,” he says. “That’s what we set out to do.”  Details appear now in the online edition of the Journal of the American Chemical Society, JACS.