Established in 2000 by alumni Kathryn and Paul Williamson, this lecture series brings distinguished visitors to the university to interact with Commonwealth Honors College students and present public talks.

Coleman, a former U.S. Air Force colonel, has logged nearly 4,500 hours and 180 days in space as a NASA astronaut. She is a veteran of two space shuttle missions and participated in a six-month tour on the International Space Station. Coleman earned a doctorate in polymer science and engineering from UMass Amherst and a bachelor’s degree in chemistry from the Massachusetts Institute of Technology. 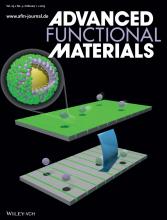 In this month’s cover story in the journal Advanced Materials, polymer scientists Todd Emrick, Al Crosby and colleagues describe a new approach using liquids for simultaneously cleaning nanoparticle debris from surfaces and depositing that debris into damaged regions of the same surfaces, a process that quickly and efficiently “heals” them.

As Emrick recently told the editor of the “Spotlight” feature for the online nanotechnology news service Nanowerk, “For many types of structural materials, we wish to rapidly detect damage and discover mechanisms to quickly heal those damaged regions. Ideally a detection and repair system would deploy so rapidly that repair would begin before damage becomes severe. Our approach seeks to move in that direction – autonomous, easily deployed, and efficient transport/delivery/healing systems for materials.”

Applications include any type of structural material,from automotive coatings to microfluidic devices to bio-implants, in which one wants rapid healing immediately after damage, he adds.

Addressing a physics problem that dates back to Galileo, three University of Massachusetts Amherst researchers this week propose a new approach to the theory of how thin sheets can be forced to conform to “geometrically incompatible” shapes – think gift-wrapping a basketball – that relies on weaving together two fundamental ideas of geometry and mechanics that were long thought to be irreconcilable.

Theoretical physicist Benny Davidovitch, polymer scientist Greg Grason and doctoral student Yiwei Sun, writing in Proceedings of the National Academy of Sciences, suggest and demonstrate via numerical simulations that naturally flat sheets forced to change their curvature can accommodate geometrically-required strain by developing microscopic wrinkles that bend the sheet instead of stretching it to the breaking point, a solution that costs less energy, as well.

This advance is important as biotechnologists increasingly attempt to control the level of strain encountered in thin films conforming to complex, curving and 3D shapes of the human body, for example, in flexible and wearable sensors for personalized health monitoring, they explain. Many of these devices rely on electrical properties of the film which is shown to be highly vulnerable to stretching, but which can tolerate some bending. 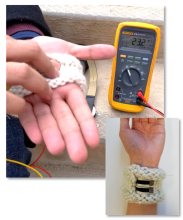 Many wearable biosensors, data transmitters and similar tech advances for personalized health monitoring have now been “creatively miniaturized,” says materials chemist Trisha Andrew at the University of Massachusetts Amherst, but they require a lot of energy, and power sources can be bulky and heavy. Now she and her Ph.D. student Linden Allison report that they have developed a fabric that can harvest body heat to power small wearable microelectronics such as activity trackers.

Writing in an early online edition of Advanced Materials Technologies, Andrew and Allison explain that in theory, body heat can produce power by taking advantage of the difference between body temperature and ambient cooler air, a “thermoelectric” effect. Materials with high electrical conductivity and low thermal conductivity can move electrical charge from a warm region toward a cooler one in this way.

The University of Massachusetts Amherst has entered into a master research agreement with PPG, a Pittsburgh-based company that is a global leader in paints, coatings and specialty materials.

UMass Amherst and PPG chose to enter the master agreement to streamline and encourage collaboration between PPG and university scientists. Increased collaboration exposes UMass Amherst graduate and undergraduate students to the needs and opportunities at PPG, and it provides PPG with visibility and access to talented students for future hiring demands. The agreement allows for dialogue between faculty with diverse expertise and PPG experts, enhancing the possibilities for collaboration on multiple technology fronts. 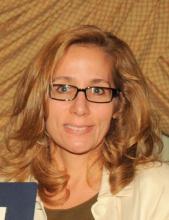 A team of three researchers at the University of Massachusetts Amherst recently was awarded a three-year grant from a new National Science Foundation program to pursue an unusual intersection of their disciplines, which aims to grow an entirely new field, “touch-based bacterial communication,” on their campus and beyond.

Polymer scientist Maria Santore, physicist Mark Tuominen and microbiologist Sloan Siegrist will receive $975,000 from NSF’s new “Convergence Program,” which aims to create new fields of study to address scientific issues by bringing together investigators from disciplines that are somewhat removed from each other, Santore explains. 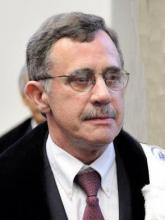 The National Academy of Inventors (NAI) has elected Thomas P. Russell, Silvio O. Conte Distinguished Professor of polymer science and engineering, to the rank of NAI Fellow. The NAI recognized Russell for demonstrating “a highly prolific spirit of innovation in creating or facilitating outstanding inventions that have made a tangible impact on the quality of life, economic development and welfare of society.”

He will receive the honor at a fellows induction ceremony April 11at Space Center Houston in Texas, where Andrew H. Hirshfeld, U.S. Commissioner for Patents for the United States Patent and Trademark Office, will provide the keynote address.

Russell says, “It is most rewarding to be honored for doing what you enjoy doing. Scientific research, pushing the limits and pursuing the unknown, is a joy.”

A major factor holding back development of wearable biosensors for health monitoring is the lack of a lightweight, long-lasting power supply. Now scientists at the University of Massachusetts Amherst led by materials chemist Trisha L. Andrew report that they have developed a method for making a charge-storing system that is easily integrated into clothing for “embroidering a charge-storing pattern onto any garment.”

As Andrew explains, “Batteries or other kinds of charge storage are still the limiting components for most portable, wearable, ingestible or flexible technologies. The devices tend to be some combination of too large, too heavy and not flexible.”

Their new method uses a micro-supercapacitor and combines vapor-coated conductive threads with a polymer film, plus a special sewing technique to create a flexible mesh of aligned electrodes on a textile backing. The resulting solid-state device has a high ability to store charge for its size, and other characteristics that allow it to power wearable biosensors.

Alfred Crosby, professor of polymer science and engineering, was recently honored with the 2019 Award for Excellence in Adhesion Science sponsored by 3M Company. It is the Adhesion Society’s premier award for outstanding achievements in scientific research relating to adhesion, including “scientific contribution that has significantly improved our understanding of the phenomenon of adhesion, or a contribution to the technology of adhesion or adhesives that has had significant impact on the adhesion/adhesives industry, and a world-wide recognition of that achievement.”

Among other contributions over the past 20 years, Crosby’s research group invented Geckskin, a new adhesive technology made of simple, inexpensive materials including a soft pad integrated into a stiff fabric that can hold up to 700 pounds on a smooth surface such as glass and is reusable. Working with Duncan Irschick, a professor in biology, the team demonstrated that Geckskin adhesive devices are based on key properties of the gecko foot, toe pad, bones and tendons, and translated them into a commercially practical technology. 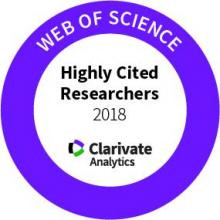 welve researchers at the University of Massachusetts Amherst have been recognized for being among the world’s most highly cited researchers in 2018.

The analysis by Philadelphia-based Clarivate Analytics, owner of Web of Science, serves as the basis for regular listings of researchers whose citation records put them in the top 1 percent by citations for their field and year.

These scientists are judged to be “influential,” and their citation records are seen as “a mark of exceptional impact,” the company says. This year’s list from UMass Amherst includes five more than the seven named in 2017. Placement on the list has been recognized as a significant achievement for those named, Clarivate says.