The history of the University's campus planning chronicles the development of what has become a major research institution, from UMass's humble beginning as an agricultural college in 1863. Many visionaries have contributed to the pattern of growth and development that has taken place. However, UMass has maintained its strong identity by staying true to the values the University was formed on, including a desire to build a sustainable, pedestrian friendly built community that supports the rigorous educational and leisure needs of students, faculty and staff. Over time ideas evolve, but the core values continue to serve as a viable foundation that drives successful campus development. Examples include moving daily traffic out of the core, arranging buildings to create quads and courtyards, improving the character of the campus open space, and improving campus connectivity with in-fill construction to promote a healthy, integrated live/work environment. Recognizing the many innovative ideas that have come before and incorporating them into the current effort will strengthen the Framework Plan as it evolves during the planning process. 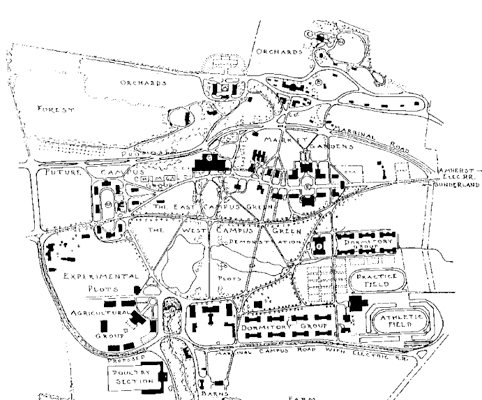 The 1910 campus plan was conceived as a working–living–learning village; close proximity of classrooms, labs, residence halls, fields and orchards reflects the agricultural mission of the University. At this time, North Pleasant Street was serviced by trolley. This plan shows the existing pond, as well as a second pond to the north. The Campus Center is located in this low-lying area today. 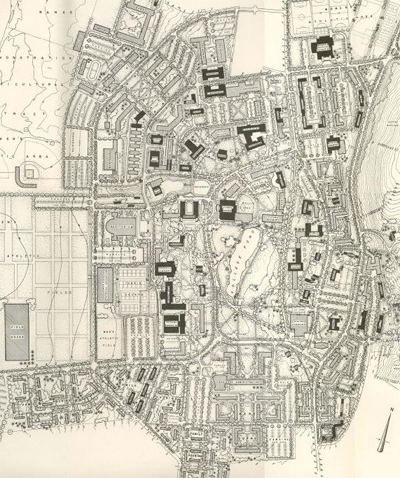 The 1953 plan started to integrate the automobile into the campus by showing sites for new parking lots and roads. This plan shows North Pleasant Street closed to through traffic; Stockbridge Road and Thatcher Way serve as a through route to North Amherst. More than fifty years later, closing North Pleasant Street continues to be considered as a way to improve the campus. 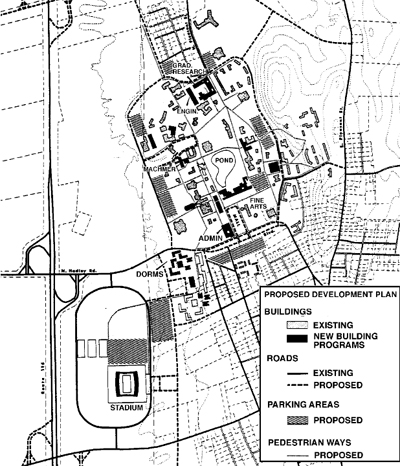 Automobile and pedestrian circulation were still of concern during the 1962 planning process. The plan recommended the removal of North Pleasant Street as part of an alternate road network and surface parking lots located around the campus perimeter. The plan also removed Ellis Way which was one of the main organizing elements linking the west and north sides of the Campus Pond. This plan intentionally moved the campus away from its agricultural roots toward a more urban character. The plan also identified a zone in the southwest of campus for athletics; this aspect of the plan has been largely realized. 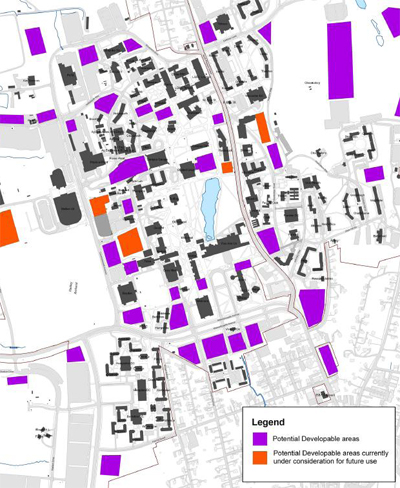 The 2007 plan was built on the recommendations from the 1993 plan by identifying appropriate potential sites for new buildings and defined capital projects.