The University of Massachusetts Amherst was established under the Morrill Land Grant act as the Massachusetts Agricultural College in 1863 on 310 acres with four buildings, four faculty and 56 students. Since that time, the University has experienced significant change. Today, UMass Amherst is the flagship of the five-campus University of Massachusetts system. The campus supports a community of 37,700, with an enrollment of 23,500 undergraduate and 7,080 graduate students. It occupies over 13.4 million gross square feet of buildings on over 1,400 acres of land in the campus core.

With significant enrollment growth after World War II came significant new facilities. Over 10million square feet of space was built within 20 years with a change in scale from rural to a more urban campus consisting of dense neighborhoods and towers. While this has limited the temptation for the campus to sprawl, it has created a campus character that is in contrast with the historic town of Amherst and the associated colleges. The challenges today are how to address the large number and size of these aging buildings, how to relate the scale of the campus to its surrounding communities, and determine which buildings should be retained. 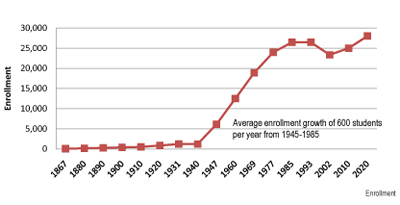 After World War II to its peak in 1985, the campus enrollment grew at a average rate of nearly 600 new students every year for forty years. Over that same time period the campus facilities grew from one million square feet to nearly ten million square feet. These charts illustrate the growth pattern of a long-lived University on a maturing campus. Continued growth is anticipated and will be incremental as the University pursues infill development on the well-established Amherst campus.

UMass in the Beginning 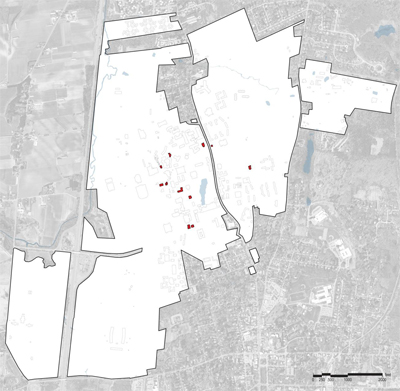 UMass was founded in1863 as a land-grant agricultural college; the first facilities were four frame buildings. The University‘s first fifty years of development are represented by a handful of extant residential-scale buildings –brick and frame –that served the agricultural mission of the institution. Farm fields, orchards, and pastures were immediately adjacent to the campus and served as working laboratories and classrooms.

UMass in the Early Twentieth Century 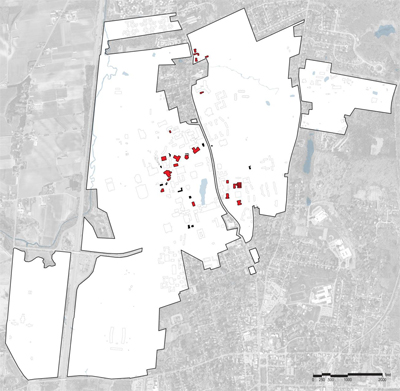 During this period, the institution expanded curriculum to include liberal arts in addition to agriculture. Campus development continued to be of a residential scale and constructed in a traditional style reflecting the rural and picturesque, with shade trees and majestic elms lining central roads. Ellis Drive was the main campus promenade which allowed the buildings to face toward the Pond. Subsequent development created the campus lawn thus cutting off the campus from the Pond.

UMass in the Mid Twentieth Century 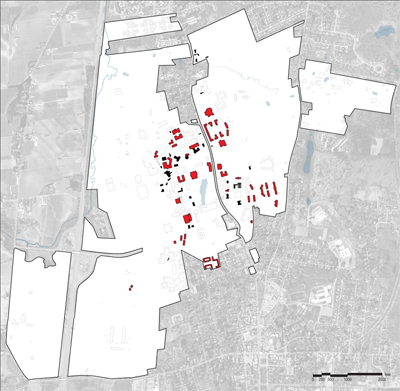 UMass in the Late Twentieth Century 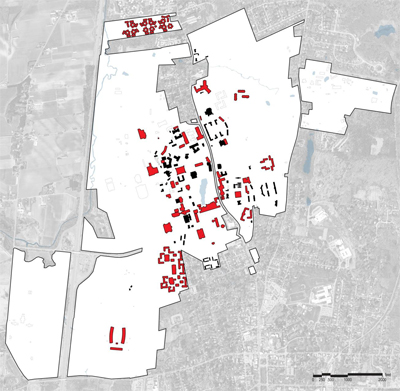 During the 1960‘s and 70‘s, there was a major building boom on campus. By 1967, campus enrollment was 15,000 students. Approximately six million square feet of space was built in these two decades, including numerous tall buildings (eight –twenty -two stories) that altered the scale and spatial organization of the campus. 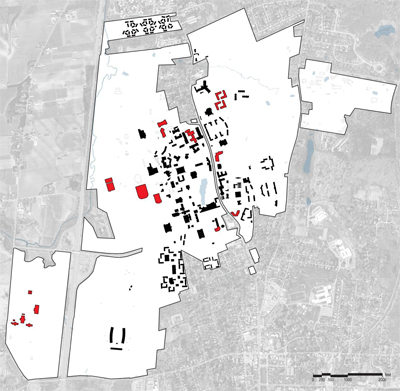 The campus has grown during a ten-year, billion-dollar capital improvement program that started in 2004. Since the 1993 plan, the campus has added one and a half million gsf of new buildings, while funding has been below the level necessary to maintain the existing physical plant. As a result, the University is struggling with a $2 billion backlog of deferred modernization.  This was the starting point for the Campus Master Plan process.