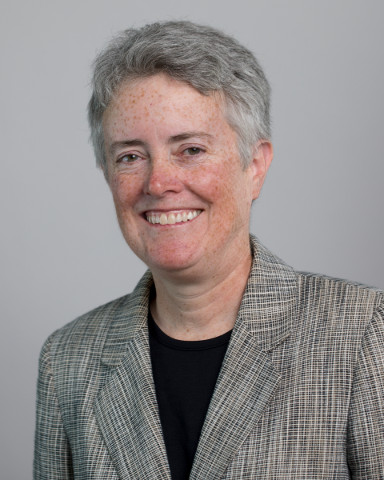 Professor, Department of Economics and School of Public Policy

An influential scholar-activist and social commentator, Lee Badgett is a world-leading expert on the economic and policy dimensions of sexual orientation. Professor Badgett is the author or coauthor of more than 30 peer-reviewed journal articles, 18 book chapters, and four books. She produces policy-relevant research, including more than 70 policy reports on the economic, legal, and political frameworks governing the way people of different sexual orientation live their lives. She has played a prominent role as a public intellectual on issues of sexual orientation and public policy: giving interviews, writing op-ed pieces, presenting expert testimony in important cases, and offering advice to policy makers in the U.S. and other countries. She is a speaker in high demand to give comment on these topics in the global community. Her op-ed pieces have appeared in the New York Times, The Atlantic, and the Atlanta Journal-Constitution. As an important scholarly voice on marriage equality and sexual and gender equality, she has been profiled on National Public Radio’s All Things Considered and CNN’s American Morning.

Professor Badgett is internationally renowned for her innovative, practical, and reliable analysis of the economic and policy implications of same-sex marriage and LGBT human rights, and her work has been cited and supported by the United Nations and World Bank. 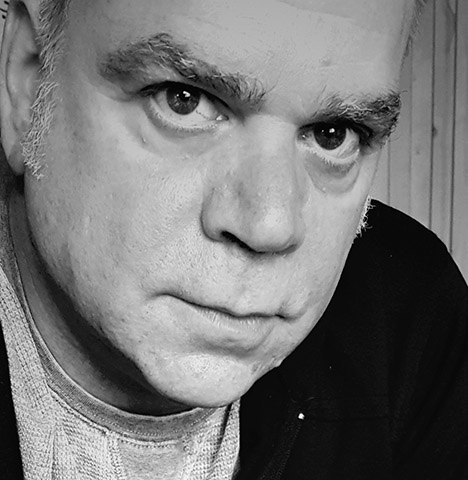 The University of Massachusetts Amherst has a powerful legacy of exceedingly gifted poets and writers, and Peter Gizzi is an important member of that pantheon. His collections are internationally well recognized, with his books and poems being translated into many languages, such as French, Dutch, German, Polish, and Hebrew. He is called from our campus often as a visiting faculty member for residences at places such as the MacDowell Colony, Yaddo, and as far away as Tangier and Madrid. He has taught at the Jack Kerouac School of Disembodied Poetics Summer Writing Program at Naropa University and led literary seminars in St. Petersburg. Professor Gizzi’s work was honored with a Guggenheim Fellowship in 2005–2006. He is a highly sought editor for anthologies and as a reader on campuses, libraries, museums, and wherever books are sold. He has served as poetry editor for The Nation, where his poetry has been frequently published, and is often asked to collaborate and express through other media of artistry: as a curator, cultural commentator, and even filmmaker of a 10-minute poem-film called Threshold Songs.

In a time of increasingly visual and fleeting media, Gizzi not only keeps the art of poetry alive, but evolves it through his innovation, virtuosity, and practice. He is recognized by his peers as a member of PEN and of the Academy of American Poets. 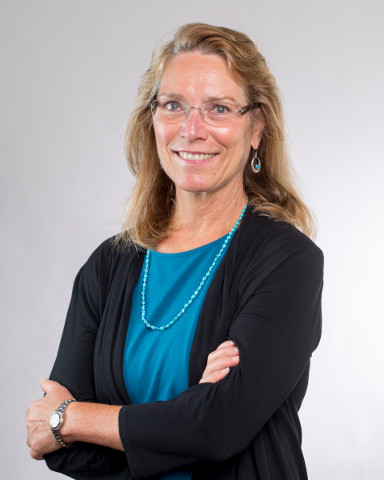 Julie Brigham-Grette is an Arctic explorer. Her research expertise is in Arctic marine and terrestrial sediment records of climate change over the last few million years, especially the history of Arctic sea ice, sea level, and western Arctic landscape change. Her research directly addresses global climate change. As chief scientist of an ongoing international project, Professor Brigham-Grette led efforts to collect climate records by coring into the sediments of Lake El’gygytgyn, an impact crater lake in northeast Siberia. She has forged an outstanding international reputation based on her field studies, collaborations in the international scientific community, and significant contributions to the understanding of the nature of climate change in the Arctic during the Quaternary Period.

Professor Brigham-Grette is a Fellow of the Geological Society of America and the American Geophysical Union (AGU). She is chair of the U.S. National Academy of Sciences’ Polar Research Board; past chair of the International Geosphere-Biosphere Programme’s science steering committee on past global change; president of the American Quaternary Association; and chair of AGU’s paleoceanography and paleoclimatology focus group. Professor Brigham-Grette’s instructional outreach builds off her research: she has offered Lake El’gygytgyn teacher workshops that help science teachers bring geology to their classrooms. She has mentored students in the National Science Foundation’s Research Experience for Undergraduates program, based at a research station on Svalbard. She has served as the geosciences department head since 2013. 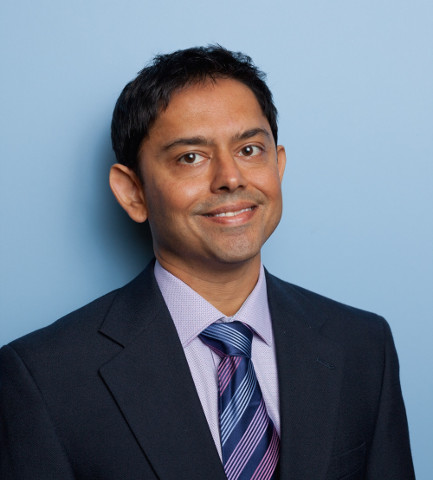 Professor Arindrajit Dube is a policy influencer: his research on minimum wage has been cited in the State of the Union address by President Barack Obama and in the 2014 Economic Report of the President. He was asked by the Brookings Institution to author a minimum wage proposal. His proposal to take a regional approach to minimum-wage setting has received praise across the political spectrum. Dube studies the economic effects of labor market conditions relating to unemployment insurance policies, fiscal stimulus packages, wage practices of such consumer giants as Wal-Mart, and looks into the mechanics of workplace structures, such as sick-leave benefits, to examine the way such practices impinge upon our expectations of quality of life.

Professor Dube is frequently invited to give his expertise at seminars and policy presentations and before legislative bodies. In 2013, he presented before the United States Senate Committee on Health, Education, Labor, and Pensions. He gave a presentation on minimum-wage policies to the Connecticut state legislature, and in California, he gave a presentation on low-wage jobs to the state legislature and spoke to the Los Angeles Blue Ribbon Commission on Supermarkets about health coverage for grocery store workers. Professor Dube also was asked to author a piece on the political economy of stimulus spending for the esteemed 2014 Brookings Papers on Economic Activity. He has moved the research frontier for thinking about minimum wage, employer mandates, and the labor market as a whole. 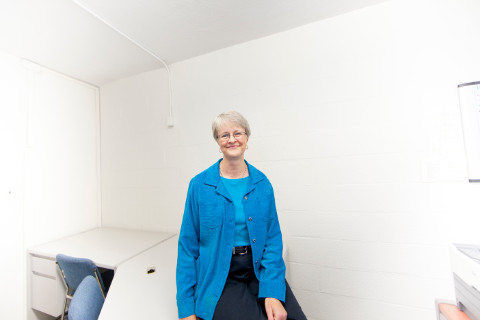 Professor, Department of Biostatistics and Epidemiology

Susan Hankinson’s primary scientific interest has been in determining the role of lifestyle factors (e.g., adiposity and dietary intake), as well as exogenous and endogenous hormones to the risk of breast cancer, and improving current breast cancer risk prediction models. She has broad expertise in the use of novel biomarkers in epidemiologic research. Her work has increased our understanding of the role of endogenous hormones to the risk of breast cancer in both premenopausal and postmenopausal women. Her research team also published the first comprehensive assessment of the addition of plasma hormones to risk prediction models, finding that the assessment endogenous hormones improved cancer risk prediction among postmenopausal women.

Hankinson has conducted research for more than 25 years within the long-running Nurses’ Health Study (NHS and NHSII). Its cohort studies are among the largest and best-known investigations into the risk factors for major chronic diseases in women. She was the principal investigator of the NHS from 2006 to 2011 and remains a senior investigator with the studies.

She has published more than 500 articles in peer-reviewed publications. Since 1992, her work has been continuously funded by the National Institutes of Health. Hankinson served as a Susan G. Komen Foundation scholar for six years, on numerous NIH, Department of Defense, and foundation study sections, and serves on multiple external advisory boards. 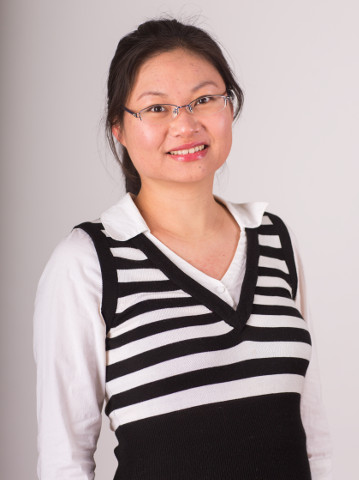 Lili He does food science with global consequence. To enhance food safety, she has found ways to utilize the potential of surface-enhanced spectroscopy that can sensitively detect contaminants both at the surface of foods and within them. This method can determine if a contaminant has penetrated a food—such as spinach leaves or apples—in a way that cannot be removed simply by washing.

Professor He’s excellence in her field is being lauded and noted at an early phase in her career. She is the recipient of the 2012 Young Scientist Award from the International Union of Food Science and Technology and the 2015 Young Scientist Award from the American Chemical Society’s Agricultural and Food Chemistry Division. In 2008 and 2012, she authored the number-one cited paper in the Journal of Food Science. She received three Agriculture and Food Research Initiative grants from the USDA in a single year, and her success with these grants was recognized by Congressman Jim McGovern. The relevance of her body of work to prevent food hazards has netted Professor He’s lab $1.7 million worth of grants in just four years, including a grant from the U.S. Department of Homeland Security. She has mentored more than 40 students and visiting scholars and published 70 peer-reviewed manuscripts during her five years at UMass. 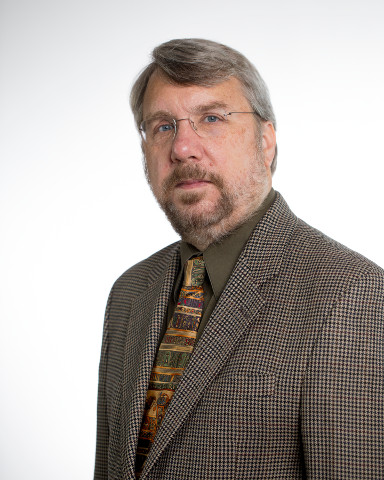 A pioneer in the understanding of nickel biochemistry, Michael Maroney is an ongoing, prolific contributor to his field, with a total of 198 publications as of this writing. Professor Maroney is described by his colleagues as a thought leader, “preternaturally gifted” in knowing what avenues of inquiry to pursue. He is a member of the American Chemical Society, the American Society for Biochemistry and Molecular Biology, the Society of Biological Inorganic Chemistry, and the Society of Sigma Xi, the Scientific Research Honor Society. He travels the world to speak before international audiences. Professor Maroney is the principal investigator of numerous grant-funded research projects, commanding a broad array of expertise in spectroscopy, synthetic inorganic chemistry, mechanistic studies, and biochemical methods. He successfully integrates these methods to devise the most effective strategies for solving scientific conundrums.

Professor Maroney is respected for his contributions to structure and function relationships in nickel-dependent enzymes and, even more recently, in the proteins involved in nickel homeostasis. He has made significant contributions to nonheme iron enzyme chemistry involving cysteine dioxygenase and to the inhibition of DNA and histone demethylases by nickel ions and elucidation of detail in the epigenetic mechanism for nickel carcinogenesis. Professor Maroney has skillfully integrated biochemical techniques, synthetic inorganic chemistry, and various spectroscopic methods in his research, increasing the understanding of each system’s unique function. 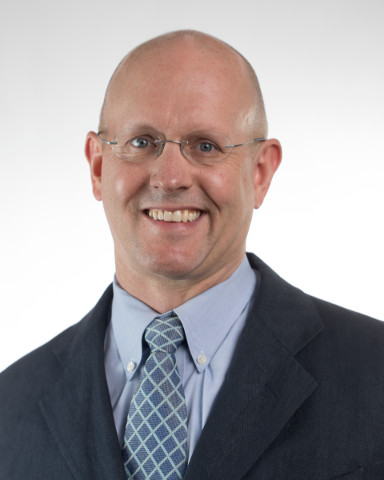 Professor, Department of Mathematics and Statistics

Professor Staudenmayer leads his field by example as a statistician who excels both in classical methodological research and by engaging scientists in other disciplines to create problem-solving, investigative research teams. Professor Staudenmayer focuses his research on physical activity and human health through specific factors, such as sedentary behavior and the performance of wearable sensors. At UMass, his interaction with scholars in the School of Public Health and Health Sciences and in the Institute for Applied Life Sciences has led to research breakthroughs in methods to objectively assess physical activity and sedentary behavior.

Despite the increasingly competitive field of research funding, over the past 15 years Professor Staudenmayer has served as principal or coprincipal investigator on grants and contracts totaling $12.7 million of research expenditures. He is versatile and resourceful in tapping a variety of funding sources, in addition to the appeal and relevance of his research that draws resources to him. Staudenmayer excels in sophisticated data analysis and methodological research and, in the words of his department head Farshid Hajir, creating research teams that “push science forward.” He weaves the intricacies of disparate facets of research: data collection, analysis, interpretation, application, and the innovation of new methods to measure physical activity and sedentary behavior.