Professor | Chair of the Department of Languages, Literatures, and Cultures 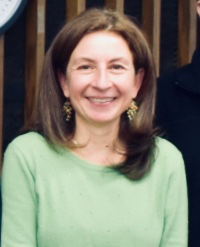 Marisol Barbón holds a Ph.D. in Romance Languages and Literatures from the University of Cologne, Germany. Her research and teaching interests include the literature and cultural history of colonial Latin America, transatlantic studies, Hemispheric Studies, anthropophagy and colonial festivals. She is the author of Peruanische Satire am Vorabend der Unabhängigkeit (1770-1800) (Librairie Droz, 2001) and Colonial Loyalties: Celebrating the Spanish Monarchy in Eighteenth-Century Lima (University of Notre Dame Press, 2019). She has received several awards including two research grants from the DAAD (German Academic Research Service) and a post-doctoral fellowship from the Andrew-Mellon Foundation for research at the John Carter Brown Library at Brown University. Before joining the Department of Languages, Literatures and Cultures she held appointments at the University of Cologne, the University of Michigan and the University of Washington.