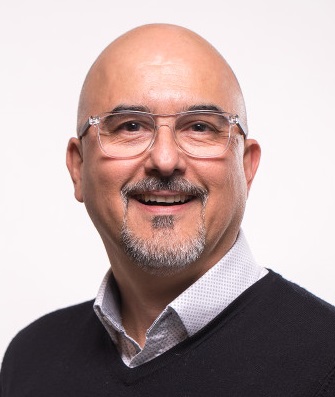 Cristiano Mazzei is lecturer and director of translator and interpreter training in LLC. He is originally from São Paulo, Brazil, where he finished his BA in Translation and Interpreting at Unibero University and pursued a career as a business translator and interpreter for the next 20 years, holding positions as staff, freelance, and business owner. In 2005, Mazzei came to the University of Massachusetts Amherst and completed his MA in Translation Studies in 2007, with a thesis titled “Queering Translation Studies”. A chapter of that thesis was published in 2014 as the article “How Adolfo Caminha’s Bom-Crioulo Was ‘Outed’ through its Translated Paratext” in A Companion to Translation Studies, edited by Sandra Bermann and Catherine Porter. Mazzei enrolled in the Ph.D. program in Comparative Literature in 2007 at Umass Amherst, where he remained until spring 2010.

In fall 2010, Mazzei accepted the position of director of Century College’s Translation and Interpreting program in Minnesota, where he worked until spring 2017, building, teaching, and promoting a program focused on training community translators and interpreters to facilitate communication of limited-English-speaking (LEP) populations in different settings, including healthcare, courts, schools, and public services in general.