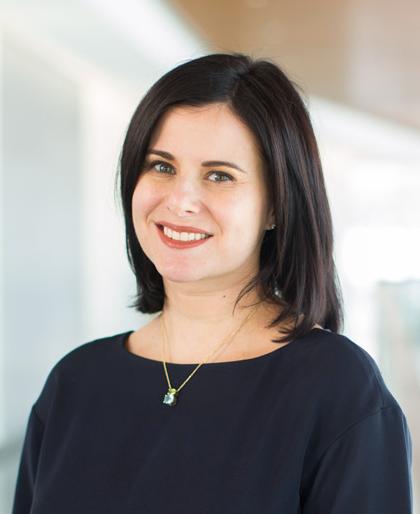 Nancy is associate vice chancellor for university relations at the University of Massachusetts Amherst. A native Long Islander, Nancy began her UMass career in 1995 in the Provost’s Office where, over time, she expanded her role and responsibilities to become director of communications and special initiatives. In 2009, Nancy was asked to lead a new events office in university relations to oversee and coordinate major university events such as commencement. Her responsibilities have grown to include community relations and special projects. She is a 2010 BusinessWest 40 Under Forty honoree, a 2013 graduate of Leadership Pioneer Valley, and a two-time Chancellor’s Citation honoree. She is on the executive committee of the Amherst Area Chamber of Commerce and a former member of the Board of Tribunes for WGBY, the public television station in Springfield. Nancy earned three degrees from UMass Amherst, including her doctorate in education policy and leadership in 2009. She lives in Amherst with her husband, Mark, a member of the UMass Amherst Class of 1996.

A New Jersey native, Tony started his career in arts administration in the mid-90s, working in various positions at the Metropolitan Museum of Art before moving to Amherst, MA with his family in 2002.  He had stints with the Emily Dickinson Museum, Museums10, and as co-founder and director of wünderarts, a commercial art gallery for contemporary and conceptual art in Amherst. From 2008-14, Tony was executive director of the Amherst Area Chamber of Commerce, and, in 2010, was founding co-director of the Hampshire County Regional Tourism Council. Tony was a 2009 BusinessWest 40 Under Forty honoree, an alum of Leadership Pioneer Valley’s 2011-12 inaugural class, and in 2020 was awarded the Helen Mitchell Community Service Award by Family Outreach of Amherst. He currently serves on the boards of the Amherst Business Improvement District, Leadership Pioneer Valley, the Friends of the UMass Fine Arts Center, and as board president of the Downtown Amherst Foundation.