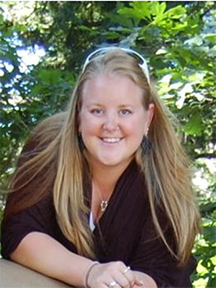 University of Massachusetts Amherst doctorate student, instructor in the College of Education, and Graduate Assistant/Assistant Director at Stonewall Center, Hillary Montague-Asp is as well rounded as she sounds.

Montague-Asp was raised in a small, conservative suburb of Boulder, Colorado, with modest dreams for her future. “As a kid I wanted to be a cashier so I could have fake nails that clicked on the keys – I only played with cash registers,” she said in a recent interview.

As a high school student, Montague-Asp began her career of student organizing when she formed the Gay-Straight Alliance, creating a safe space for LGBT students. “There was not a lot of diversity in my life anywhere growing up,” she said

It wasn’t until Montague-Asp attended college at the University of Colorado at Boulder that she realized how much where she was raised had blinded her about the world, and how difficult high school was for her being gay in such a conservative area.

“I didn’t realize how unpleasant high school was for me until I was a senior in college when I wrote a reflection of my high school experience. I was met with a lot of horrible resistance in high school, but I had an amazing support system and we got through it together and that lead to where I am now,” she said.

Montague-Asp attributes her undergraduate experience at UC to opening her eyes to how little she knew about the world as a high school student. “I learned so much and grew so much as a person in a supportive and wonderful community,” she said of her time at UC, where she studied Sociology, Women and Gender Studies, LGBT Studies, and Peace and Conflict Studies. “I learned what resistance looked like and I learned a lot about community building and organizing and creating spaces of resistance.”

In high school and college, Montague-Asp participated in several queer committees and organizations. In November 2009, Montague-Asp’s life was changed when she was diagnosed with Multiple Sclerosis. Living with MS has changed her perceptions of life on both a social justice and a personal level. “It’s made me think a lot about the judgments I make about other people,”she said. Living with an invisible illness has taught her to step back and think twice before passing judgment on other people. It also caused her to think about access to healthcare, self-care, and what happens when your physical body stops working.

Two years ago, Montague-Asp moved to Massachusetts to pursue a degree at UMass, where she recently earned a masters degree in social justice. “Massachusetts is a lot colder than Colorado. I didn’t buy any winter clothes because I’m from Colorado,” she said of her transition to the East. “I had to ask for a down jacket for Christmas.”

Montague-Asp currently teaches a course on diversity in education at UMass. “My students motivate me,” she said. Her other motivations include the students who use the Stonewall Center, music, and systems of oppression.“People who are oppressive or systems that are oppressive motivate me to keep doing the work and never stop,” she said.

Montague-Asp believes the definition of success is different for everyone.“I really think it’s individual, and so success for me is loving who you are and not having any regrets or shames or doubts about who you are and what you doing with your life. As long as you feel good about yourself and the choices you make, that’s success. Too often we measure success on having a billion dollars and 15 degrees and sitting in a corner office in Manhattan.”

Her personal goal for the next year is to survive the first year of her doctorate program. In the next 10 years, Montague-Asp joked that she hopes to be done with her PhD program, and be the director of an LGBT center on campus, or work as a professor with a focus on interacting one-on-one with her students. She hopes to help the Stonewall Center continue to grow, thrive, and support and collaborate with students on campus. She looks forward to the many opportunities with Stonewall this year, including the start of a queer student leader coalition, and the Creating Change conference in Denver. “We’ve expanded our staff so we can work on lots of events, initiatives, and outreach programs. We have lots of new faces and a vibrant student population,” she said. Montague-Asp can be found in the Stonewall Center, located in Crampton Hall in Southwest.