AMHERST, Mass. – With the beginning of a new semester, comes another Amazing Race. Cross campus and between 12 pit-stops, some 100-plus students competed for first place in the Friday night competition based on the television show.

Promoting a responsible night out and community building, the race was organized by the UMass Amherst Police Department (UMPD) and Center for Multicultural Advancement and Student Success (CMASS); it was also sponsored by the Men and Masculinities Center.

Kicking off the competition, UMPD Lt. Thomas O’Donnell announced that “the same rules as we’ve always done” will apply. Contestants were not allowed to run or sabotage other teams – rules that came as no surprise to veteran participants.

With the race commencing shortly after 7:30 p.m., cheering erupted as participants filed out of Wilder Hall in anticipation of their first clue. Their first clue sent them to the W.E.B. DuBois Library where they had to identify what floor a photograph of a mural painted in the stairwell corresponded with. 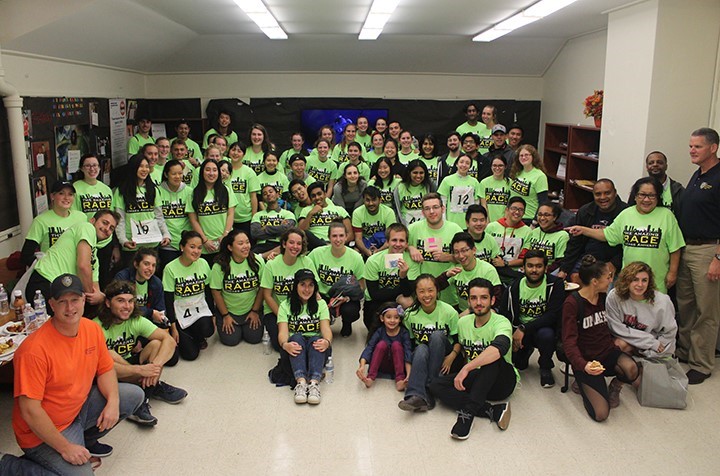 Felicia Brooks, a member of team ‘Hakuna Stomata,’ reflected saying, “I didn’t know any of the buildings but now, I’ve got a good handle on it,” said Brooks.

While some challenges left participants exhausted, other challenges sought to leave them with tokens of knowledge.

At the Off Campus Student Center, students picked slips of paper with requirements and were instructed to find rental properties based on those requirements. One slip read: “Amherst / House / Less than $1,800 a month.”

According to Julia Fukuba, a member of ‘Crazy College Asians,’ the housing challenge was “really helpful and provides a lot of information.” Fukuba went on to add that the race was “really interesting. It’s on-campus, but we didn’t know all of the building locations.”

From one end of campus to another, the students clad in neon green t-shirts could be seen and heard; some passersby looked in awe while others cheered.

Waiting in line at Hampshire Dining Commons to participate in the blindfolded taste test challenge, Madison Perlmutter, a member of team ‘Chicks with Kicks,’ emphasized the importance of the community building.

“[The Amazing Race] is great. It brings everyone together on a Friday night,” said Perlmutter.

That fun was shared equally with the volunteers, too. Cat McEachern, an EMT-B volunteering at the UMass EMS challenge, could feel the competitive spirit among participants. “Everyone’s eager to get started … [many] are here for fun,” said McEachern. 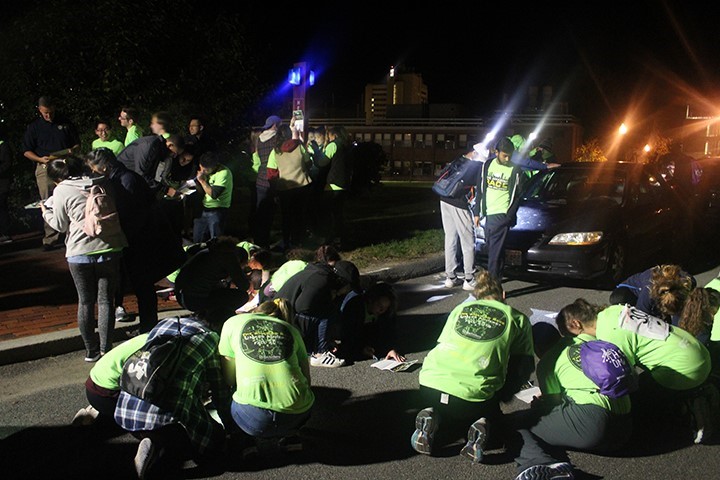 The challenge in Draper Hall simulated a field practice by the student EMTs with a sling, splint and cardboard.

In the end, only three teams placed, and only one was named first place.

“Feels great to repeat, two semesters in a row” said Movessian. Kim added, “Our team name we decided on was Déjà Vu because we were confident in winning.”

Kimmitt noted that this victory was especially sentimental for him.

“Feels great for me because I couldn’t participate in the last one because of a tail bone injury so I got back on track this time and was able to go all the way,” said Kimmitt.

Due to that injury, Rory Milsark took Kimmitt’s place last semester. But with Movessian graduating in December, the team dynamic will be changing once again. Kim said Milsark will make a return next semester.

Their technique to winning is simple: have team members who bring different strengths.

“[We won, in part] due to my veteran experience on the puzzles; it’s the same people writing the riddles so you can find a pattern pretty quickly,” said Movessian.

“Also, we were able to do all the tasks all at once,” said Kim.

While ‘FHS Washups’ placed third, even placing was something they never thought was possible.

The top three teams were awarded gift certificates as prizes, and all participants were invited to enjoy wings and pizza after the competition. 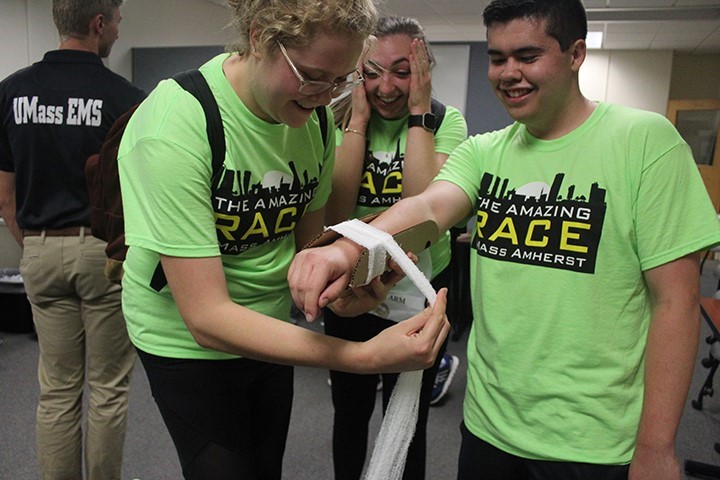 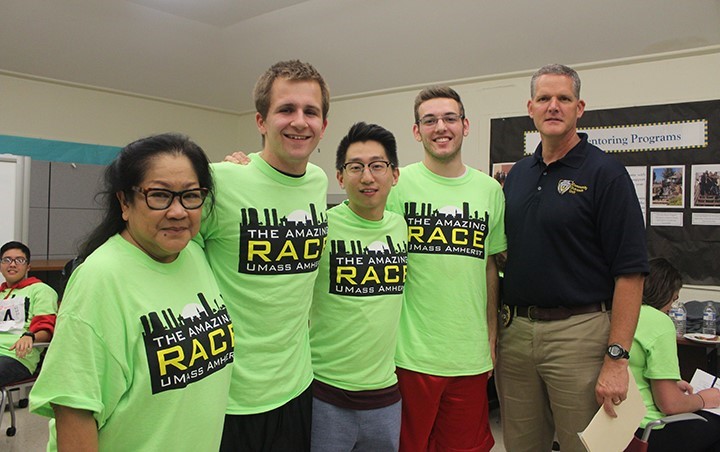