Half-Full Or Half-Empty: What is Sustainability? 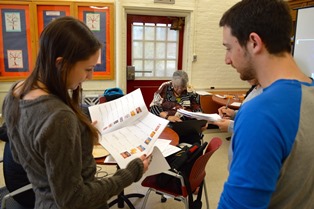 The Center for Multicultural Advancement and Student Success hosted a Community Building Day on Friday, November 21 in Wilder Hall to engage and discuss the importance of sustainable food in American consumer culture. The activity was developed by Cultural Enrichment student staff members Charlotte Mills and Yi-Sheng Pa, and facilitated by Joyce Vincent, Associate Director for CMASS. Read more 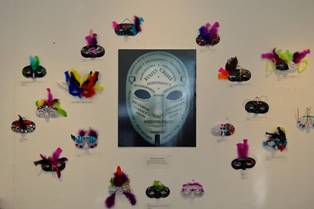 The Center for Multicultural Advancement and Student Success is sponsoring an exhibit at the Student Union Art Gallery from Nov. 3 to 21 on Representations of Oppression and Liberation.
This exhibit is a collaborative community project, calling on individuals to contribute items that raise awareness on forms of racism and oppression impacting our communities, or items that foster recovery and healing from oppression. Read more...

Cracking the Codes: The System of Racial Inequity 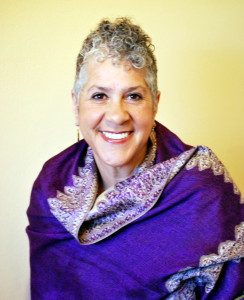 Self-perpetuating systems reinforce institutional racial inequalities said Dr. Shakti Butler, a filmmaker and racial equity educator who spoke at a screening of her film Cracking the Codes at University of Massachusetts Amherst Commonwealth Honors College on Thur. Nov. 6. Butler has decades of experience as a catalyst for racial equity, using film and dialogue to invite people to contend with the emotional and intellectual complexities that encompass social justice issues.  Read more... 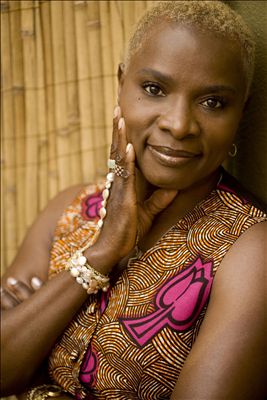 Growing up, Angelique Kidjo noticed that every album cover in her home was either a white male or a black male – no women. When one of her brothers came back from America and brought an Aretha Franklin album with him, she took it and screamed at the top of her lungs, “There is a woman on the cover of an album!” She knew from that moment that she wanted to be that woman someday. Kidjo went on to become a Grammy Award-winning singer-songwriter and activist. Read more ... 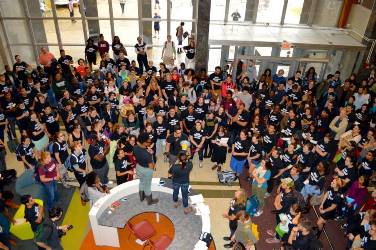 On Tuesday night, students at the University of Massachusetts Amherst received an email from the Chancellor’s office stating that this weekend, two UMass students were the targets of blatantly racist hate-speech in their residence halls.“

"As a community, it is imperative we work together to reaffirm our values of inclusion and respect for all. We must acknowledge the power of language and use it to advance social justice, inclusion and access. We must ensure that all members of our community experience a welcoming and safe environment in which to live, learn and work,” said Chancellor Kumble Subbaswamy.

Following the news about these acts, members of the UMass community gathered for an emergency meeting in the Student Union on Wednesday, Oct. 15 to foster conversation about racism on campus and steps we can take to prevent further hate crimes. Read more...

Resources to Rally Against Racism 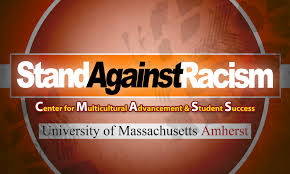 The Center for Multicultural Advancement and Student Success staff is committed to all community members and is available to connect and support you. We are committed to having staff members available during our hours of operation this month for you to meet with to discuss ways to engage as a community member to combat the impact of racism in our community. Read more...

Many people know Columbus Day as a holiday from work or school – but more and more people are reluctant to celebrate a holiday commemorating Christopher Columbus, and for good reason.
Columbus is generally known for “discovering” America in 1492, but a lesser-told narrative – and one equally as important – is that Columbus didn’t “discover” the New World, as millions of people already lived here. Read more...

An Evening with Raquel Cepeda 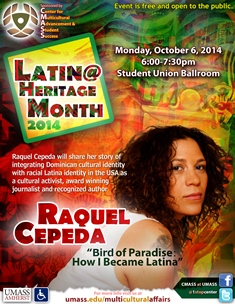 Each year, Americans observe National Hispanic Heritage Month from September 15 to October 15, by celebrating the histories, cultures and contributions of American citizens whose ancestors came from Spain, Mexico, the Caribbean and Central and South America. On Monday, October 6th, 2014, the Center for Multicultural Advancement & Student Success, in collaboration with the Latin Cultural Center, celebrated the profound influences and cultures of the Latin@ diaspora with “An Evening with Raquel Cepeda” – a Latin@ Heritage Month event in the Student Union Ballroom. Cultural activist, award-winning journalist, documentary filmmaker and author of the book, “ Bird of Paradise: How I Became Latina”, Raquel Cepeda was the guest-speaker who shared her story on integrating her Dominican cultural identity with a racial Latina identity in the U.S. Read more... 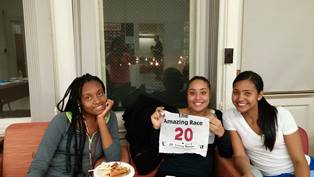 On Friday, October 3, thirty teams of three met in Wilder Hall to prepare for the Amazing Race, an exhilarating scavenger-hunt challenge spanning the UMass campus. Once teams were signed-in and briefed on the rules by UMass Police Officer Tom O’Donnell, we were given our first clue and the race began.

Huddled over our clue, myself and my teammates Katelynn and Jasmine attempted to locate hidden colors in each sentence, write the color on a line with one letter circled, and use the circled letters to figure out a secret phrase. For example, in sentence one, “Bob decided to jump in, knowing that this is his only choice,” the word pink is hidden in “jump in knowing.” By the time we decoded the secret phrase “good luck,” we looked around to see that many teams had already left Wilder for the next location. The race was on. Read more...

Resources to Rally Against Racism