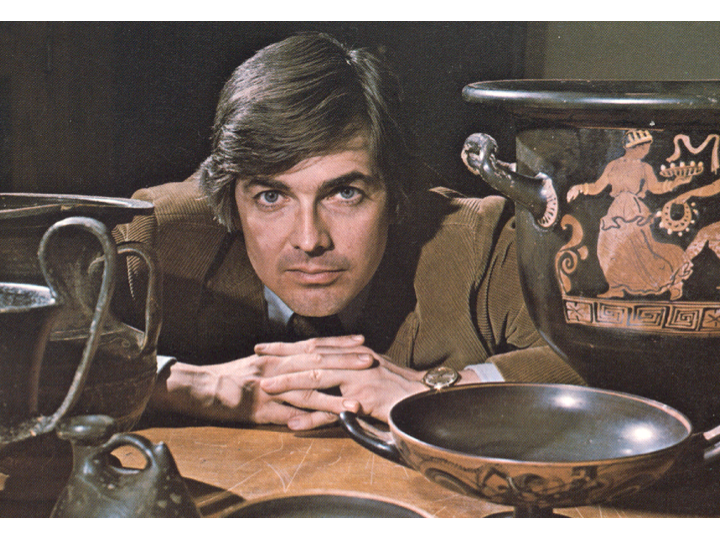 David Frederick Grose was born in Kenyon Minnesota in 1944, and he was educated in public schools before matriculating at St Olaf College in Northfield. After David’s graduation from St. Olaf he moved on to the Department of History at Harvard where he completed a Ph.D. under the direction of Mason Hammond in 1975. From there he went to the University of Missouri as an assistant professor and museum curator for a year, then to the Toledo Museum of Art, before arriving at the Department of Classics at the University of Massachusetts Amherst in 1977. He stayed at UMass until his death in 2004, rising to the rank of Professor and serving for eight years as Department Chair. At UMass David’s scholarly reputation as a leading authority on Hellenistic and early Roman glass rose quickly, and was sealed for certain by his magisterial Early Ancient Glass (Toledo Museum of Art), published in 1989. David came to the subject of ancient glass before there were established methods for examining, identifying, and classifying glass fragments. His role in organizing the field is greatly appreciated by his fellow specialists in ancient glass, and his insights into the development of the industry for glass production in Augustan Italy are one of the foundations of the field as it currently exists. His posthumous volume The Hellenistic, Roman, and Medievel Glass from Cosa, edited by R. T. Scott, was published by the University of Michigan Press in 2017. The David F. Grose Memorial Lecture was inaugurated in 2005 with the support and encouragement of David’s family, especially his brother Dr. Charles Grose of Iowa City, Iowa.