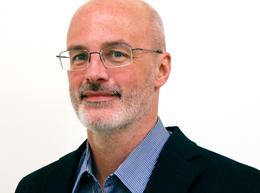 Vincent Rotello, Distinguished Professor of chemistry, delivered the Nov. 2 keynote, “Multidisciplinary Thinking Outside the Box: Fighting Antibiotic-Resistant Bacteria using Nanomaterials,” at the annual conference of the Massachusetts Association of Science Teachers in Boxborough.

Rotello talked about his work on the emergence of new antibiotic-resistant bacteria, which is rapidly accelerating, with strains resistant to all known antibiotics beginning to be observed. These multi-drug-resistant (MDR) bacteria are a rapidly emerging threat to human health, causing thousands of deaths each year in the U.S. alone.

Rotello says, “In our research we have brought together chemistry, biology and even a bit of physics to create new nanosponges 100-300 nanometers in diameter. These nanosponges are highly effective against bacteria and are not harmful to mammalian cells (including red blood cells), making them promising treatments for both wound and internal infections.” 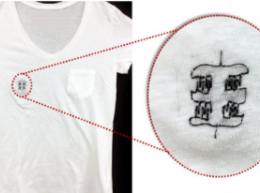 A major factor holding back development of wearable biosensors for health monitoring is the lack of a lightweight, long-lasting power supply. Now scientists at the University of Massachusetts Amherst led by materials chemist Trisha L. Andrew report that they have developed a method for making a charge-storing system that is easily integrated into clothing for “embroidering a charge-storing pattern onto any garment.”

As Andrew explains, “Batteries or other kinds of charge storage are still the limiting components for most portable, wearable, ingestible or flexible technologies. The devices tend to be some combination of too large, too heavy and not flexible.”

Their new method uses a micro-supercapacitor and combines vapor-coated conductive threads with a polymer film, plus a special sewing technique to create a flexible mesh of aligned electrodes on a textile backing. The resulting solid-state device has a high ability to store charge for its size, and other characteristics that allow it to power wearable biosensors. 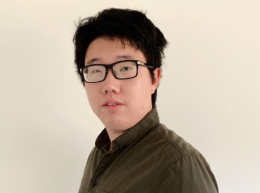 RNA Society to support RNA Salons in the Pioneer Valley

Researchers across the Five Colleges will gather together in a series of “RNA Salons” that will include undergraduates, graduate students, postdocs. and faculty with research interests in the rapidly growing areas of RNA science. RNA Society members Katie Berry (Asst Prof at Mount Holyoke College), Mandy Muller (Asst Prof in Microbiology at UMass) and Prof Craig Martin from Chemistry recently received a grant from the RNA Society to support these new RNA Salons.

The first Salon, to be held on November 6, will feature a talk by graduate student Qikun Yu, from Asst Prof Mingxu Yu’s lab in Chemistry. Contact Prof Craig Martin or Prof Mingxu You for additional talk information. 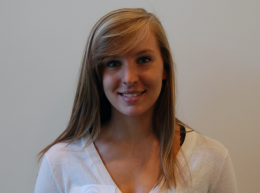 Congratulations to Kristen Sikora from the Vachet research group for being selected as the 2018 recipient of the PPG fellowship sponsored by the PPG foundation. This fellowship is competitively awarded to an outstanding Chemistry graduate student who does research in materials chemistry. 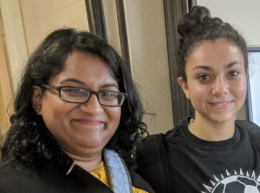 Over the 2018-19 academic year, Andrew and her research group will train interns from Springfield Technical Community College (STCC) to create garment-integrated sensors, an effort that she hopes will “entice a diverse student population to become scientists and fortify the number of underrepresented students in chemistry and engineering.”

STCC offers students a program called STEM Starter Academy to enhance students’ readiness for STEM jobs or to transfer to a four-year academic STEM program. Andrew has previously participated in annual “maker” events organized by STCC and has worked with STCC faculty to encourage graduates of its Starter Academy to pursue degrees at UMass Amherst.

With this grant, Andrew says she plans to provide potential interns with a stipend, an important step in growing the program and establishing deeper ties with STCC. 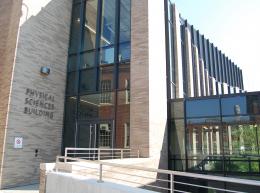 The 80,000 square foot Physical Sciences Building (PSB) is now open! It provides space for 80 chemistry graduate students and postdocs in 22,000 square feet of state-of-the-art synthetic chemistry labs on Levels 1 and 2, and specialized, “high bay” space for physics on the lower floor. The PSB will be home to 6-8 chemistry research groups, including the Andrew, Kittilstved, Thayumanavan, and Venkataraman groups, who have just moved in (August 2018), as well as new faculty hires.

The building was designed by Wilson Architects and construction was managed by Whiting-Turner. Enhancing collaboration between groups and within a group was a major design goal, as was creating efficient use of space with the flexibility to be readily adapted to meet evolving research needs. The labs feature an open floor plan, so lab space for one group is adjacent to that of another, with no walls between them. In addition to the clear advantages of increasing interactions between groups, this provides the ability for the amount of lab space each group uses to broadly follow changes in group size.

The PSB incorporates numerous green building features and has earned Silver LEED (Leadership in Energy and Environmental Design) certification, which is very challenging for a building with such high air-handling requirements. The extensive windows and glass wall allow natural light to illuminate the labs. Energy-and water-saving features include high-efficiency fume hoods with a hood monitoring system to encourage closing of hood sashes when not in use and a closed-cycle chilled water loop (for stills, etc.). There is open space for specialized instrumentation like glove boxes, and dedicated rooms for high hazard work, solvent dispensing, and mammalian and bacterial cell culture. 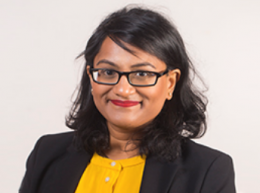 The next generation of wearable activity sensors will not be strap-on devices that can be lost or forgotten, say researchers at the University of Massachusetts Amherst, instead they may be threads or fabric patches sewn into shirts and pants to offer light, care-free, continuous monitoring of movement that could help doctors, therapists and coaches respond to changes that warrant concern or improve performance. 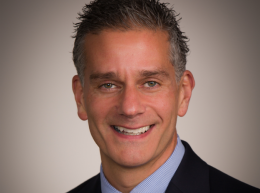 Professor Scott Auerbach from the Chemistry Department at UMass Amherst, and Professor Wei Fan from the Chemical Engineering Department, also at UMass Amherst, are combining and integrating their expertise in experimental and computational zeolite science, to shed new and important light on how zeolites self-assemble in solution, opening the door to more rational procedures for making new zeolites with advanced performance. Zeolites are the most used catalysts by weight on earth and offer the potential for 21st-century applications in carbon dioxide capture, biofuel production, and nano-electronics. Auerbach and Fan will be awarded a $630,000 grant from the Department of Energy, Basic Energy Sciences in search of the “missing link” of zeolite crystallization.

Catalysts are materials that can steer chemical reactions to the most useful products, and are responsible for society’s affordable access to plastics, fuels, and other materials. Zeolites revolutionized the refining of petroleum in the 1960s and remain essential to this process today. In addition, zeolites show promise for converting chemicals derived from renewable biomass into biofuels. Realizing this promise requires the ability to synthesize zeolites that are tailor-made for specific applications, which in turn requires much better understanding of how zeolite crystals form -- gaining such understanding is the main objective of Auerbach's and Fan's DOE project. 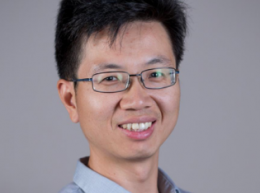 Computational biophysicists are not used to making discoveries, says Jianhan Chen, Professor of Chemistry and Biochemistry & Molecular Biology, so when he and colleagues cracked the secret of how cells regulate Big Potassium (BK) channels, they thought it must be a computational artifact. But after many simulations and tests, they convinced themselves that they have identified the BK gating mechanism that had eluded science for many years.

BK channels are important in neuronal and muscle functions and are associated with pathogenesis of hypertension, autism, epilepsy, stoke, asthma, etc. A key puzzle has been trying to understand how cells close, or gate, BK channels, which have an unusually large central pore. “There were a lot of hypotheses, but no answers,” Chen notes. Now in Nature Communications, his team demonstrates that a phenomenon known as “hydrophobic dewetting” gives rise to a vapor phase in the pore’s central cavity to block intracellular access to the selectivity filter. 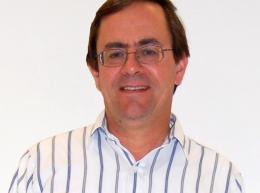 The Martin lab studies the enzyme used by thousands of researches for synthesizing RNA in the test tube. New work published in the journal Nucleic Acids Research (and highlighted as a “Breakthrough Article”) characterizes undesired (and at times, technology-limiting) impurities in that synthesis, providing a mechanistic understanding that will help the design of solutions. The work exploits a modern tool in genomics, RNA-Seq, but applies it in new ways. While gel electrophoresis has been the tool of choice for the past century, this new approach represents a huge advance, identifying not just lengths of RNA, but exact sequences and sequence distributions.

RNA therapeutics companies are already taking notice, particularly those invested in mRNA therapeutics, since chemical synthesis of long RNAs is not a possibility. Impurities in the RNA trigger a potentially lethal immune response, and have been holding back major advances in what could be a key, new therapeutic approach, with wide applicability. This work does not provide the solution, but provides key understandings that may well lead to solutions. 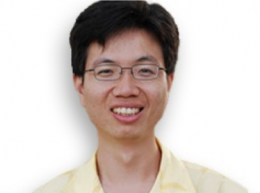 Proteins are macromolecules that control nearly all aspects of cell function from response to external stimuli to control of cell cycle and cell fate decisions, Chen explains. He adds that IDPs are unusual because while most proteins adopt stable 3D structures to do their work in the cell, IDPs instead remain structurally disordered, that is, extremely flexible. They are believed to account for about one-third of all eukaryotic proteins and are key components of cellular signaling and regulatory networks.

Scientists now believe that by staying flexible, IDPs have an advantage in interacting with other proteins and each other, perhaps because the floppy state lets them respond faster than a more rigid structure, or lets them interact with a wider variety of molecules, or both, Chen says. 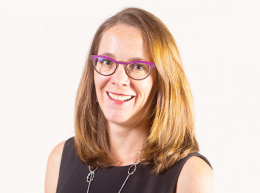 Jeanne Hardy, associate professor of chemistry, whose research focuses on a key protein linked to neurological disorders such as Alzheimer’s disease, is being recognized with the inaugural Mahoney Life Sciences Prize at the University of Massachusetts Amherst. A panel of expert judges from the life sciences sector observed that the “biomedical implications are significant” and “this could turn out to be one of ‘the’ pivotal studies in the effort to combat Alzheimer’s.” Hardy will receive the prize and present her research with life sciences experts and UMass officials and scientists at a breakfast ceremony on June 19 at the UMass Club in Boston. “Professor Hardy’s research rose to the top of three highly competitive rounds of review,” said Tricia Serio, dean of the College of Natural Sciences. “Her work exemplifies the outstanding translational research for which our faculty are well known.”