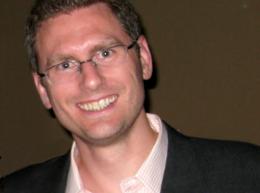 The entire population of proteins in an organism, known as the proteome, is dynamic and rich in diversity. It is estimated that the human proteome consists of >200,000-2,000,000 distinct protein forms despite only 20,000 proteins encoded by the genome. Giving rise to this complexity are the myriad covalent modifications that occur on the side chains of amino acid residues embedded within proteins. The ensemble of alterations is termed posttranslational modifications (PTMs), reflecting the timing within the context of the central dogma in biology. PTMs consist of the covalent attachment of both small molecules (phosphate, methyl, glycosyl, or acetyl) and proteins, e.g., ubiquitin and ubiquitin-like molecules (UBLs). Many PTMs are entwined with one another resulting in dramatic physiological changes if a single node within the cellular network is malfunctioning. Take for example, the two most abundant mechanisms for regulating protein function, phosphorylation and ubiquitination. Their codependence during the cell cycle and immune response relates miscues to aberrant cellular events on a global scale ultimately leading to the development of immune disorders and cancer. Against this backdrop, our laboratory is interested in the molecular details associated with the tethering of ubiquitin and UBLs to proteins. An intricate network of enzymes are responsible for carrying out the coupling and uncoupling of ubiquitin/UBLs to and from target proteins. Specifically, three types of enzyme — E1, E2, and E3 — attach ubiquitin/UBLs, and in most cases, assemble polymeric chains of ubiquitin molecules tethered to substrates. E1s activate ubiqutin/UBLs. E2s transfer ubiquitin/UBLs from E1 and couple them to an ε-amino group of a lysine residue in the target, while E3s sequester specific substrates catalyzing the ligation to targets. The outcome of these steps can be reversed through the action of deubiquitylating enzymes (DUBs). Although a great deal is known about the overall ubiquitin cascade, it is unclear how the communication between E2-E3 controls ubiquitination; which substrates a given E3 is responsible for modifying; and how E3-catalyzed polyubiquitin chain formation occurs on a molecular level. Answers to these questions are not only critical for the development of new therapeutics but also for the functional interpretation of mutant forms of enzymes that lead to human disease. To address these questions we use ideas and methods from organic chemistry, biochemistry, molecular biology and cell biology.