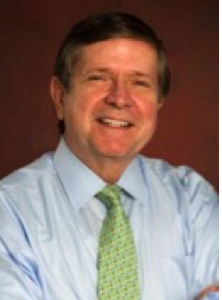 Mahoney received his M.B.A. from Columbia Business School in 1971. He is a 1970 graduate of the University of Massachusetts, where he earned a Bachelor of Science degree in Chemistry. He received the 1996 Distinguished Alumnus Award from the University of Massachusetts, and the 2006 Columbia University School of Business Leadership Award. He is the recipient of the 2009 Henry L. Shattuck Boston City Champion Award and the 2011 USS Constitution Museum’s Charles Francis Adams Award for public service.

In February 2014, Mahoney was named the “most-admired CEO of a small or mid-sized company in Massachusetts” by the Boston Business Journal. The award follows the bank’s significant recent success, doubling its assets in the past three years, surpassing one billion dollars, and opening three new in-store branches. In addition the bank created the Belmont Savings Bank Foundation, which has become a financial partner to many local non-profit groups, institutions, and schools operating within the communities where the bank operates. Since its inception two years ago, the Foundation has donated over $150,000 to local organizations.

Mahoney has held several community leadership positions in Massachusetts. He is Past Chairman of the United Way Board of Directors and Executive Committee, and serves on the University of Massachusetts Amherst Foundation board. He is also a cofounder of Community Gems, a collaboration of non-profit agencies that work together with community partners to meet the diverse needs of Greater Boston’s youth and families. He is a board member of the Sitel Corporation, a $1.5B worldwide customer-service firm in Nashville and International Data Group, a $3B technology media and research group based in Boston. Mahoney also sits on the Archdiocese of Boston Finance Council and chairs the Council’s Finance and Real Estate Steering Committee. 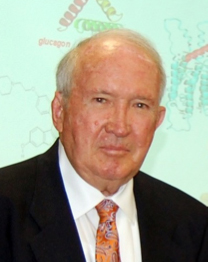 WILLIAM E. MAHONEY is a 1955 alumnus of the Department of Chemistry at the University of Massachusetts, Amherst. Professor Mahoney was Vice Chairman and Chief Operating Officer, as well as Chairman of the Executive Committee of the Board of Directors, of Witco Corporation (now Chemtura Corporation), a Fortune 500 manufacturer of specialty chemical and petroleum products.

After retiring from Witco in 1996, Professor Mahoney diverted his energies to developing the next generation of leadership in science and industry. Professor Mahoney was a longtime adjunct faculty member in the UMass Chemistry Department. He taught a highly successful seminar series entitled “The Business of Science: Contemporary Practices” for several years. Through this seminar series, students were introduced to topics in the management of science and technology by speakers from the business management communities. Professor Mahoney also chaired the Natural Sciences and Mathematics Advisory Council. In recognition of his distinguished achievements, the University of Massachusetts conferred to him the Chancellor’s Medal in 1996. In 2006 he received the Distinguished Achievement Award. This award honors individuals for exceptional achievements in a chosen profession, demonstrated leadership, and exemplary accomplishments that merit special recognition by the campus. Professor Mahoney has served as director on several corporate boards, and was until recently the director of Harbor Acquisition Corporation. Currently, Professor Mahoney serves on a non-profit board.