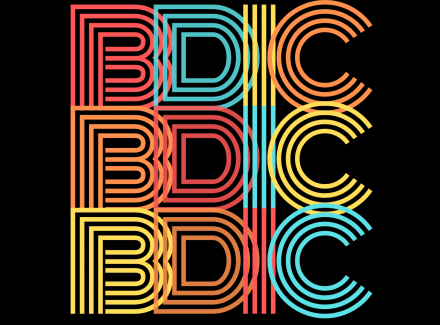 A photo of the Bachelor's Degree with Individual Concentration logo with the years 1970-2020 on either side.
The 13th annual Michael S. Roif Award in Film Studies will be presented to undergraduate certificate students in the Interdepartmental Program in Film Studies on Friday, May 3 at noon in 301 Herter Hall.
The first place award-winner is Tyler Clayton Appel, a sophomore Bachelor’s Degree with Individual Concentration major from Foxborough, for “Leaving Home,” a narrative video. Appel was producer, co-writer, co-music producer and actor in the work.
In second place is Kadyrose Druar, a senior Journalism major from Franklin, and Mariah C. Muscato a senior in Communication from Easton, for “Paper Mirrors,” a documentary video they co-directed.
Earning honorable mention is Andrew J. Pollack a junior in Comparative Literature from Teaneck, N. J., for “The Tell-Tale Heart,” a narrative video he directed and adapted for the screen.
Also nominated were Emily Felder, a senior in Anthropology, for “Jean’s Garden: A Permaculture Documentary,” documentary video she wrote, directed, filmed and edited; and Rahmah Pauzi, a senior in Journalism, for the essay “Voicing out and Not Voicing Out: Sensing the Presence of the Filmmaker through Voice-Overs in German Documentary Films.”
Shawn Shimpach, assistant professor of Communication and chair of the selection committee for the Roif Award competition, will introduce the winners. A screening of the first- and second-place and honorable mention films will follow the presentation of the awards. The event is free and open to the public; a reception will conclude the event.
The students, who were nominated for their work by Film Studies faculty, benefit both from the substantial cash prize and the official recognition of their achievements. The Roif family’s gift in memory of their son, 1983 graduate Michael, who loved film and the arts, honors excellence and creativity by the certificate students in areas of film and video production such as screenwriting, direction, production, cinematography or in cinema scholarship.
The award enhances the aspirations and achievements of winners selected from among more than 250 certificate students enrolled annually in the Film Studies Program, many of whom intend to pursue filmmaking or film studies professionally after graduation.
Competition for the Fourteenth Annual Michael S. Roif Award will resume in fall.

More events to be posted soon!

What are our Alumni Doing Now?

Have you ever wondered what some of our alumni are up to today....

BDIC Celebrates 50 Years!
Faculty, staff, students and alumni will mix and mingle for the first of three events...
New Online Courses for Spring 2020
Bachelor's Degree with Individual Concentration will be offering a diverse array of classs...
BDIC 350 Junior Year Writing
The department is proud to announce that our fall 2019 junior year  writing course will be taught...

The BDIC office is located on the second floor of the Commonwealth Honors College Building, just one floor above the Roots Café. Come and visit our lovely new office in room 230.