PORTRAIT OF A 2020 GRADUATE 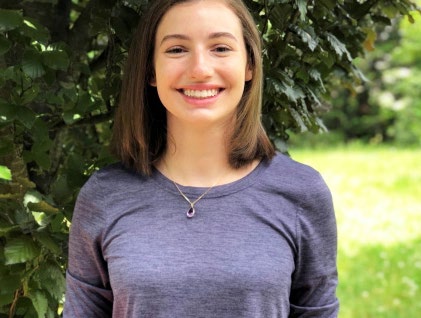 Shilhan graduated magna cum laude from the BDIC program with an individualized major in health access and holistic medicine. She was also a Commonwealth Honors College student. Shilhan focused her studies on the social determinants of health and the implementa­tion of alternative healthcare systems and other general holistic healing approaches to the mind and body. Her impressive dedication to her studies led her to receive the William F. Field Alumni Scholar Award during her junior year at UMass, as well as the Senior Leadership Award in her senior year. She earned a spot on the dean’s list each semester she spent at UMass. Shilhan was accepted into Columbia University’s accelerated mas­ter’s program in nursing, where she will complete her undergraduate nursing degree, as well as her master’s degree. After graduating Columbia in four semesters, Shilhan plans to begin her doctorate degree in nurse practitioning. Shilhan, in addition, was a peer advisor and finally a peer coordinator for several years while in the program. The BDIC program is proud of Effie Shilhan as she continues her education and takes strides to help promote the health of people everywhere. 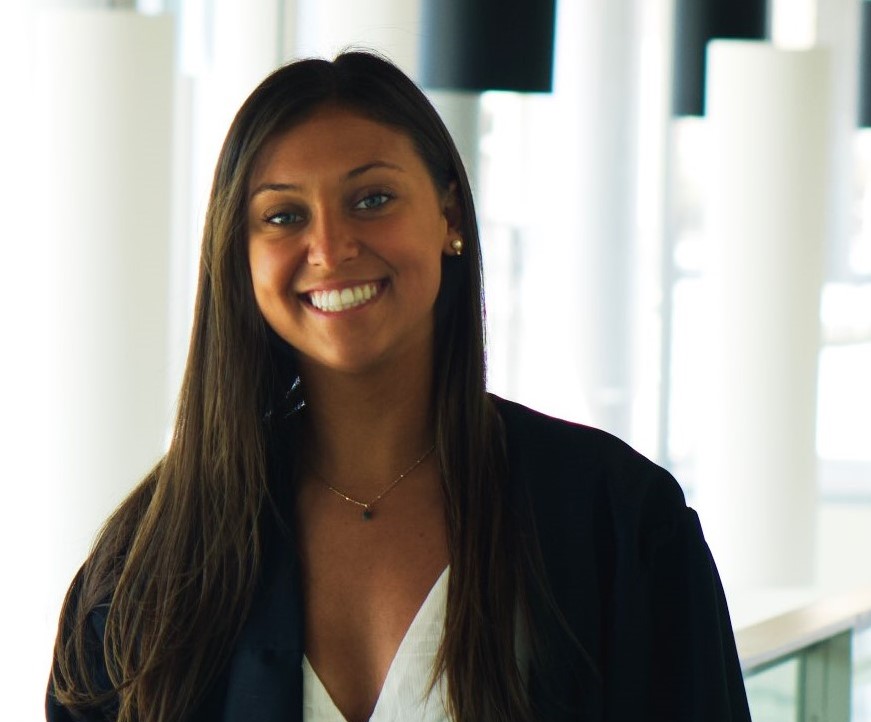 Riley is a senior studying environmen­tal policy within the BDIC program. Riley joined BDIC at the end of her sophomore year at UMass after taking a gap semester. Riley also works as a peer advisor in BDIC, assisting incoming students with their BDIC proposal writing process. In addition to her BDIC major, she is currently in the Master’s of Public Policy 4+1 program at UMass Amherst, earn­ing her master’s degree during her senior year. Most of her studies focus on renewable energy, sustainable development, and environmental justice. She has taken courses from the Natural Resources Conservation, Public Policy, Environmental Science, Political Science, and Regional Planning departments. Riley is cur­rently working under Kyéra Sterling at the Massachusetts Black and Latino Legislative Caucus doing policy analy­sis and briefing work. She hopes to continue her work in policy analysis in the near future. 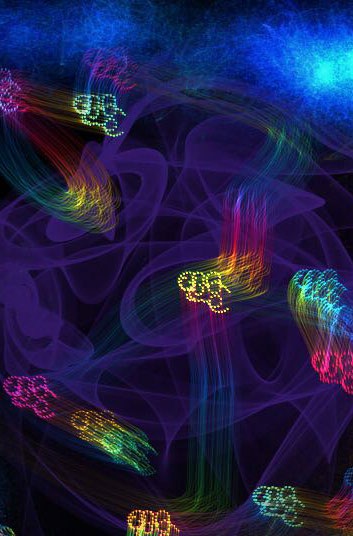 Meir Yishai Barth graduated from the University of Massachusetts Amherst through BDIC in 2018. Barth was also a Commonwealth Honors College stu­dent. His BDIC focus was in social philosophy and communication theory, and he named his concentra­tion ability studies. Included in his individualized major were focuses on: psycholinguistics, disability stud­ies, and educational philosophy. Recently, Barth was awarded the Gates Scholarship to continue his educa­tion at Cambridge University in its Health, Medicine, and Society gradu­ate program. The Gates Scholarship is awarded to exceptional students, often in the top 10 percent of their class. Utilizing this achievement and opportunity in full, Barth is currently continuing his honors research that began at UMass, titled, “The Theory of Everyone.” In his theory, he studies how the world can be a more coopera­tive place for people of all abilities and disabilities, to assist each other in ful­filling each other’s needs in order to be successful as a whole unit. He hopes for a direct application of his work to the real world, by touching upon as many people as possible.

FIND OUT MORE ABOUT YISHAI BARTH, HIS THEORY OF EVERYONE, AND MAKE CONNECTIONS THROUGH HIS BLOG AND NEWSLETTER AT:  theoryofeveryone.net

WHAT ARE OUR RECENT GRADS UP TO?

Aidan Regan ’20
I have been working with a Spanish franchise startup trying to enter the U.S. market, so mostly doing sales for them. I’ve also been doing real estate as I got my license right as I got this other job. And then, most excitingly, I started this fitness platform with a yoga instructor Lisa Mair. Hoping to release our first set of workouts and nutrition tips by Sept 1! www.shantikan.com

Audrey Herrmann ’20
After majoring in BDIC fashion merchandizing and branding I decided to pursue a different passion. I am now at Brandeis (University) getting my master’s in public policy with a focus on economic and racial equity.

Bernice Kwade ’20
After graduation, I worked with a local nonprofit in Amherst for a year. During that time, I also applied to law school. I was accepted to Georgetown University Law Center and will be attending starting this fall.

Allison Gaines ’20
I accepted a job as gallery manager at Ross+Kramer Gallery in the Hamptons and have been in the position since April. I would not have gotten the job if it was not for the BDIC program!

AnneMarie Marquis ’21
I am currently working full time as a medical technologist at Lahey Hospital & Medical Center in Hematology, Coagulation, Point of Care and Flow Cytometry Laboratories! I’ve recently been accepted to John Hopkins University Program for a master’s in Healthcare Systems Engineering!

Phoebe Gelbard ’20
Phoebe is currently the manager of a 500+ member CSA program at Warner Farm in Sunderland, Mass.. She will be starting a one-year master’s in Geographic Information Science and Technology at UMass starting this fall. When she isn’t thinking about food or maps, she is probably working toward her goal of taste-testing (and mapping) every ice cream shop in the CT River Valley.

Isabelle Domingos ’21
I am working as a Middle East analyst with the Defense Department. Soon I hope to attend graduate school and pursue the foreign service.

Tovya Goodwin ’21
Post-grad, Tovya is searching for gallery and editorial openings in NYC, and has plans to move there this fall. In the meantime, she’s staying busy with freelance graphic design work, brainstorming a piece for the Zea Mays Printmaking Exhibition this fall, and absorbing as much as she can of summertime in the Valley.

Riley Piva ’21
I have two more semesters of my Master’s of Public Policy here at UMass. I graduate in the spring. This summer I am working on the Clean Energy Team at Metropolitan Area Planning Council (MAPC).

BDIC sends its heartfelt condolences to the family and friends of BDIC students, Kathryn Boukharov and Lynus Erickson, who passed away this year.

Lynus, from Medford, Mass., was a film studies and philosophy major and served as the head photo editor for the Daily Collegian.

Many BDIC students over the years have done concentrations focusing on the therapeutic value of...

The BDIC office is located in the University Without Walls offices. We welcome you to come visit our lovely new space.