The UMass Pep Band (also known as the UMass Sports Band) is the pep band that plays at every home Men’s and Women’s Basketball games and Men's Ice Hockey Games. Instrumentation for the Pep Band is standard band instrumentation, with a full rhythm section. The Pep Band rehearses on Mondays from 4:40-6:10 p.m. beginning in the mid-Fall Semester and runs through the mid-Spring Semester. The Pep Band also plays throughout the Winter Intersession whenever there are home games.

In the past, the Pep Band has traveled with the basketball team to places such as the Mass Mutual Center in Springfield, MA, the Boardwalk Hall at Atlantic City, New Jersey and the Madison Square Garden in Times Square in New York City, New York. In 2019, the Ice Band accompanied the UMass Hockey Team to Boston for the Hockey East Tournament; Manchester, NH for the NCAA Regionals, and to Buffalo for the Frozen Four.

Auditions for Pep Band will be held mid-October. To sign up for Pep Band, enroll into MUSIC583 (Pep Band) through SPIRE, the University’s Administrative Website. 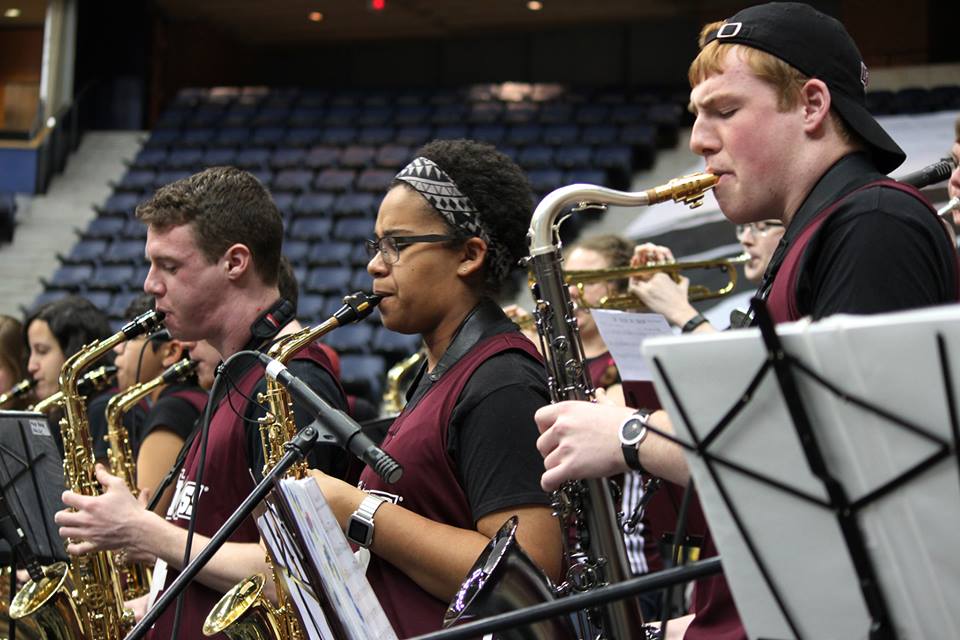 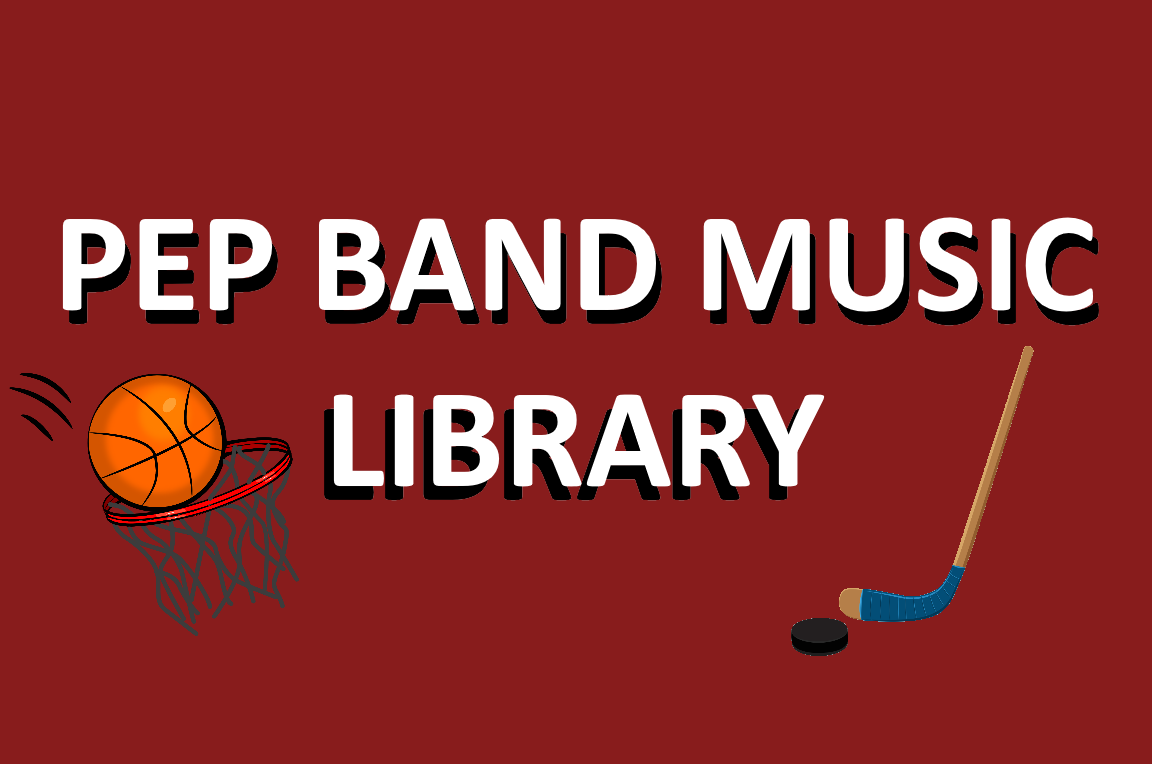 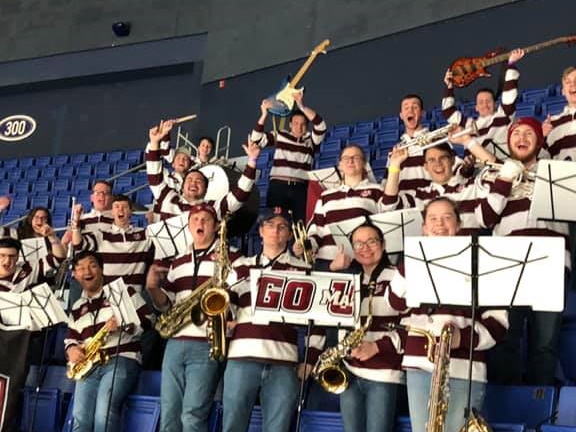 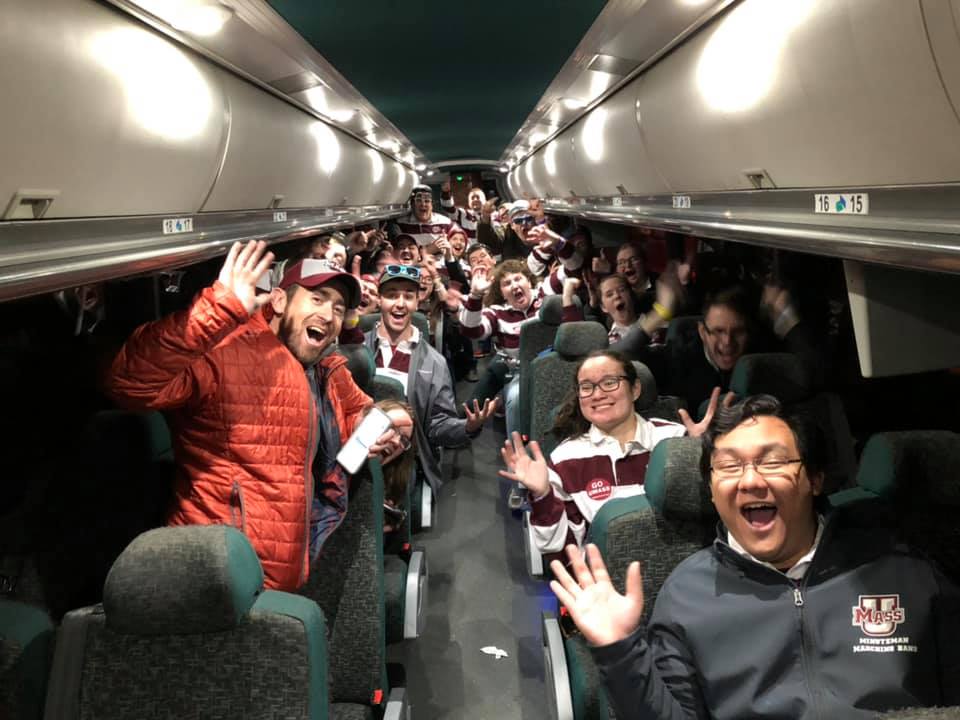 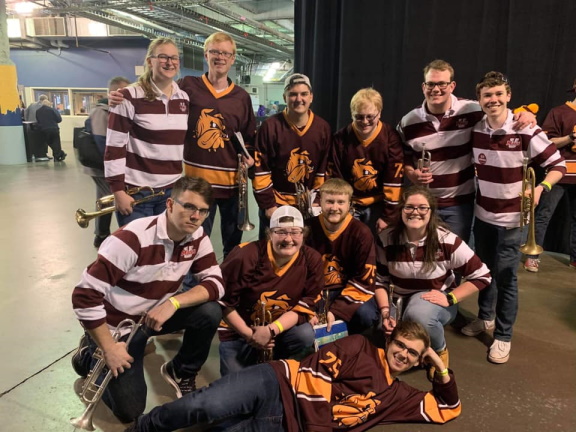 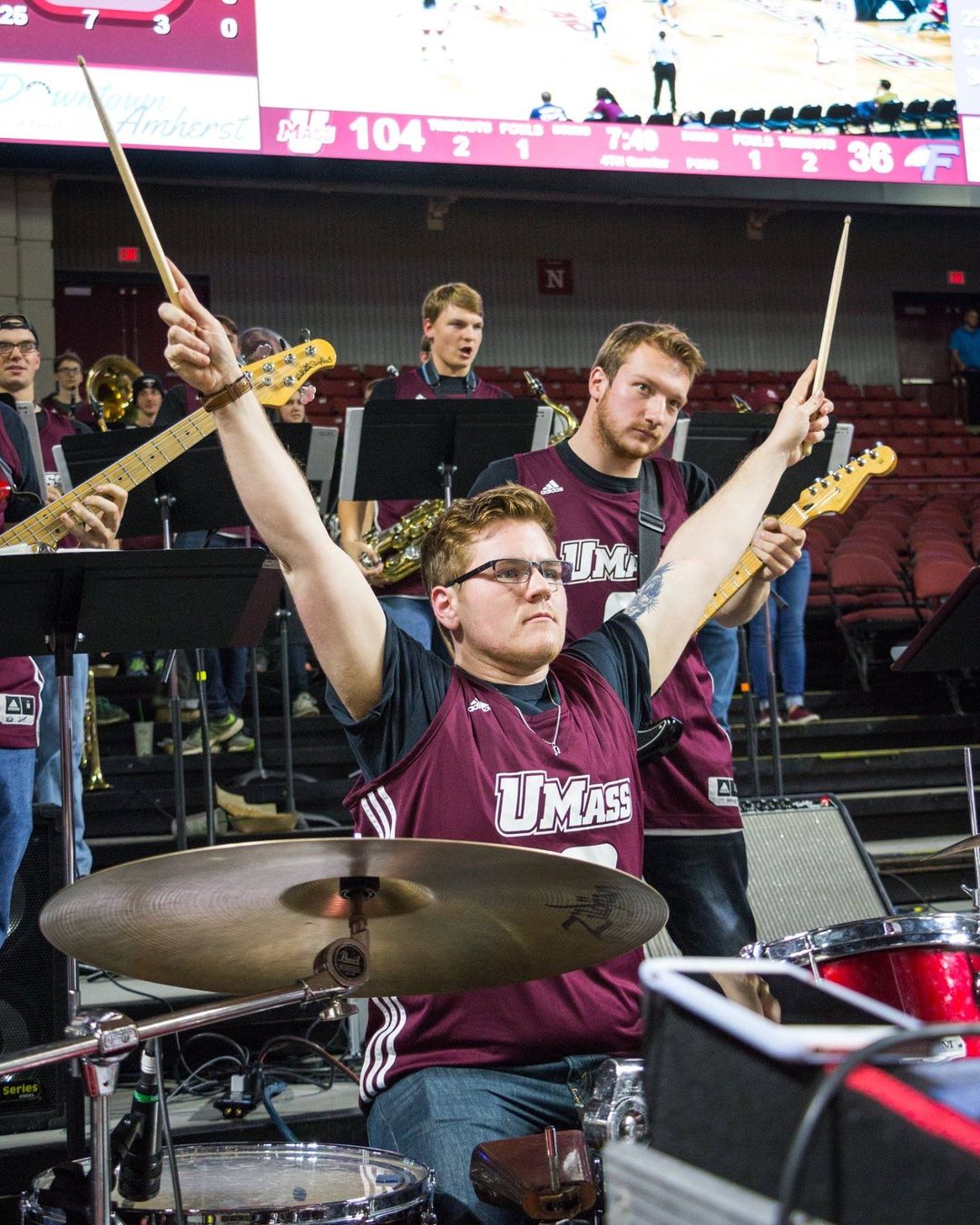