Throughout his life, George Parks surrounded himself with the coined phrase, “with energy, enthusiasm, and excitement.” It is an understatement to say that George Parks spent his last day conveying these emotions and lessons to those around him. 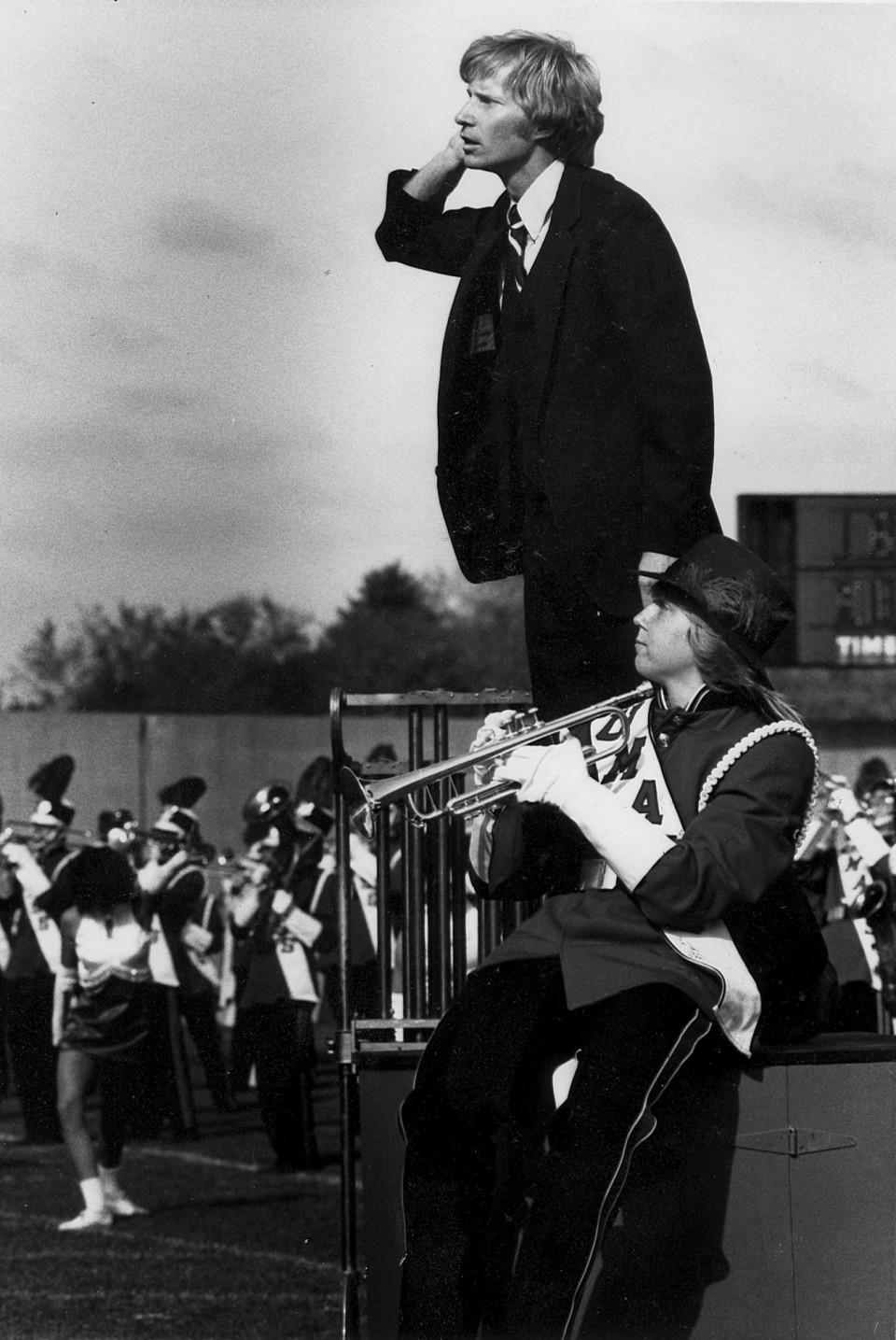 During one of his last rehearsals with his marching band, George Parks stated, “This is my first job.” For thirty-three years, George Parks directed the University of Massachusetts Minuteman Marching Band. Starting in 1977, at the age of 24, George Parks began a revolutionary change in the way the Minuteman Band operated and performed. He often joked, “During my first year, people hated me!” However, his unique style of marching soon drew, not only crowds of new band members, but an entirely new appreciation and respect for the band program in Amherst, and for himself as a leader. At the time, Mr. Parks instructed 180 students. On September 16, 2010, George Parks left behind close to 400 students and many alumni, many of which have learned from his leadership, inspiration, and kindness since before their first day of college.

George Parks also founded DMA, or the “Drum Major Academy.” This program is geared toward the instruction of high school students to learn leadership abilities as the head of their respective bands. Each year, George Parks instructed about 3,000 students who entered this program from across the United States.

The leader of the Minuteman Band was a part of many different communities. He was a “Distinguished Professor” at the University of Massachusetts, Amherst, he was a loving husband for over thirty years, he was a giving father, he is a Bands of America Hall of Famer, he is a World Drums Corps Hall of Famer, and he is a DCA World Champion. All of these proclaim to the type of person George Parks was, and the properties he held within. However, he is remembered by his family, colleagues, and students as so much more. Students remember him as a mentor, a friend, a source of inspiration, as being energetic, enthusiastic, and excited – all things that he strove to be, and hoped to inspire into others. Colleagues remember him as a “great showman,” a “doer,” and “represent[ing] the best of UMass.” In reality, Mr. Parks represented the best in everyone that he encountered. His passion, which he never ceased to display, will remain in the hearts of all those that he has left behind. 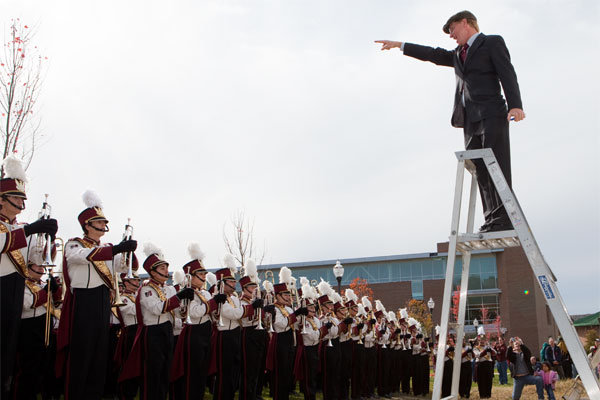 George Parks’ final performance was at Cuyahoga High School in Cuyahoga Falls, Ohio. The band, as it often does, stopped at a high school to stay for a night, and used their field to practice for the weekend’s “big performance.” They gave the students of the school a performance in return for their graciously housing the band overnight. With the Power and Class that is typical of his organization, George Parks’ Minuteman Band performed a post-game show which followed Cuyahoga’s own high school football team’s game in order to prepare for their weekend appearance in Ann Arbor, Michigan. The performance, which consisted of “The Wind and the Lion,” “Oye Tu Conga,” and “Madonna Medley,” was concluded with the playing and singing of “My Way,” which George Parks, himself, conducted.

After walking off the field, Mr. Parks collapsed and was taken to the local hospital. He passed away late at night on September 16, 2010 and is survived by his wife, Jeanne Parks; his son, Michael; and his daughter, Kathryn, as well as the thousands of people who have been touched by the presence of his extraordinary leadership, energy, and devotion to musical arts.

Donations to help continue the legacy George N. Parks has left behind can be given online through here.