Students who have completed the Asian & Asian American Studies Certificate have written their Senior Seminar Capstone Theses on various topics and issues. Each research paper encompasses their accumulated knowledge gained in Certificate courses, along with relating such academic material to their personal lives and everyday experiences. Below is a sample of some recently completed Certificate projects. 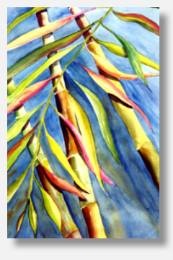 
What Students Are Saying

Completing the Asian & Asian American Studies Certificate was one of my favorite experiences as an UMass student. I was always passionate about advocating for the Asian American population and the Certificate provided me with the right tools to further my studies. I learned so much about what it really means to be culturally diverse, about intersectionality, and about the issues that Asian Americans face today. I applaud Dr. Le for his continuing hard work and all that he has accomplished for the success of the program. I would encourage any student with even the slightest interest to complete the Certificate. What I have managed to learn from the program has significantly prepared me for my future career.
--Shirley Zhen
[After graduating], I've been student teaching and have made meaningful strides in incorporating content that includes multiple voices and perspectives for students to be exposed to. The state frameworks unfortunately are hyper-focused on European history, but I've tinkered with the course so that students are receiving a fair amount of East Asian and Southeast Asian history. So I thank you for giving me the tools to help students find that powerful individual voice.
--Ryan Walsh
I am very grateful to have met and have been taught by incredible professors such as you [Prof. Le]. Whenever my colleagues ask about my undergraduate education, I feel proud to talk about the Asian & Asian American Studies Certificate Program. I still talk about my final capstone as well as the information I learned about in the Senior Seminar course. I feel that I am continuing to inform others about the importance of Asian history and culture.
--Tereza Pinkhasova

Enter your email below to keep updated on news and announcements about the Certificate Program, related campus activities, and academic internships, scholarships, conferences, jobs, grants, etc.