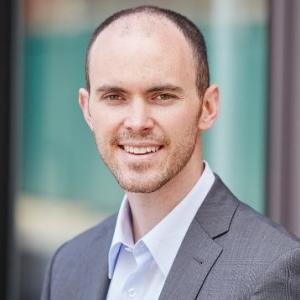 Sean Fraser’s educational background includes a BA in Chinese from the University of Massachusetts-Amherst (’09), a graduate certificate in economics from the Johns Hopkins University-Nanjing University Center for Chinese and American Studies (’10), as well as a dual-degree MBA/MS in Accounting from Northeastern University (’15).  His professional background includes several years of experience performing business development for imported wine companies in China and other Asian countries, as well as time spent at Deloitte & Touche working as an auditor focused on commercial industries.  He is presently pursuing his passion in the commercial real estate industry as an Associate at AEW Capital Management in Boston, MA.

I was accepted to UMass as a philosophy major but the truth is I had no idea what I really wanted to study.  After my first course in the philosophy of ethics I quickly realized that, as much as I respect philosophy as an academic subject, I did not want to spend the next four years of my life taking tests and writing papers on it.  From then on my strategy was simple: let my heart be the compass that guides the path of my intellectual pursuits.  The great thing about UMass is that it was so easy to follow such a strategy as UMass has such a vast range of courses to choose from.

As a freshman I entertained the notion of majoring in everything from pre-med to history.  Ultimately, however, at the end of my first year I still had no inkling what I wanted to do.  So, after a couple months of Googling random ideas, I decided that I would not be returning to UMass for the sophomore in fall, and instead I would move to Costa Rica’s Caribbean coast to work and live on a sustainable permaculture farm in the middle of the jungle.  There were no roads to get there, only a muddy rainforest trail that took a few hours of hiking, or the boat of a local fisherman who would take you there for a sizeable payment of Costa Rican colones.

I went to Costa Rica with the intuitive sense that the drastic change in environment would allow me the time and self-exploration to figure out what I really wanted to study and pursue as a career.  I thought perhaps my interests would fall within the realm of wildlife conservation or botany.  I had no idea that it would be the culture, the friendships with locals, and the studying of a foreign language that would enchant me the most.  By the time my trip was over, I was firm in my conviction that when I returned to UMass I would continue my study of foreign languages.  But which language should I choose?  Would it be Spanish? French? Japanese? Arabic?

I knew that I was most interested in doing business on an international level and that since the world was rapidly globalizing that being bilingual would be a valuable asset.  I remember calling up my uncle who was very familiar with the dynamics of international business due to his career in the asset management industry.  I asked him very bluntly which language he thought would be the most useful if I was to learn one.  Without hesitation he recommended Mandarin Chinese.  I took his suggestion to heart and after doing some research of my own, I was convinced.  And so began the next journey of my life.

I loved every second of studying Chinese at UMass.  The professors were incredible, the classes were challenging and interesting, and my classmates were the best possible mix of worldly and quirky.  After graduating I decided to apply to the Hopkins-Nanjing Center because I thought it would be a good opportunity to leverage the Chinese cultural knowledge and language skills that I built at UMass, while also learning international economics.  I thought this would be a good way to broaden my worldview and to also truly understand why China, from an economic standpoint, was growing so rapidly and quickly becoming one of the leading nations in the world.

After graduating from the Hopkins-Nanjing Center, I decided to put my academic knowledge to practical use, and thus I stayed in China for three years working the imported wine business performing business development.  This was a great experience because it allowed me to speak Chinese on a daily basis making cold-calls and sales presentation to potential buyers of my company’s wine.  It was definitely challenging but I believe that it provided me with so many soft skills that continuing to benefit me today.  My Chinese also improved greatly and now I can comfortably say that I am fluent.

After those few years in China, I decided to return home to Boston to be closer to my family but to also further my education in accounting and finance.  I therefore enrolled in an MBA/MS in accounting program at Northeastern University, and was fortunate enough to get a job opportunity working for Deloitte & Touche as an auditor within their commercial industry practice.  My time at Deloitte was invaluable as I developed a much deeper understanding of how businesses work.  It also provided me the platform I needed in order to receive my next job opportunity within the commercial real estate industry where I will be working as an associate at AEW Capital Management in Boston, MA.

My journey thus far has perhaps not been the most linear in terms of industry, as I started in wine, moved to accounting, and soon I will be working in commercial real estate.  However, the one thing that I can say that has been consistent is the immense amount of benefit I have received at every step along the way due to my background working in China and my fluency in Chinese.  It was arguably one of the best decisions of my life, and it all began at the EALC at UMass.  To anybody currently in the program right now I just want to suggest that you enjoy it as much as you can.  It truly is a magical place.  Take advantage of as many of the classes as you can.  Soak in the wisdom.  Dream big.  With a background in East Asian languages, there are so many options available to you.  Thank you for reading this if you got this far and I wish you the very best.