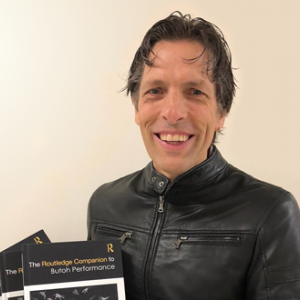 From Avant-garde Dance to Video Games

My first area of research was on an obscure avant-garde dance form called butô, that was started in Tokyo in the 1960’s. The performers would do wacky things like eat cake, ride bicycles, or even imagine themselves being eaten by thousands of bugs. They had to pay the theater owners to put on shows, so they were only performing once or twice a year, and usually audiences numbered in the hundreds (or less). Basically I wanted to understand Japan from the outside in; I wanted to look at the people on the margins who were doing this strange art form with only a few people watching them to understand more about Japan. However, I could not really teach a course about this art form because there was never enough student interest. (Of course I included it in my Japanese Performing Arts Course that many of you have taken over the last ten years.) Rather, the students wanted to study Japanese comic books and graphic novels (manga), animation (anime) and video games. 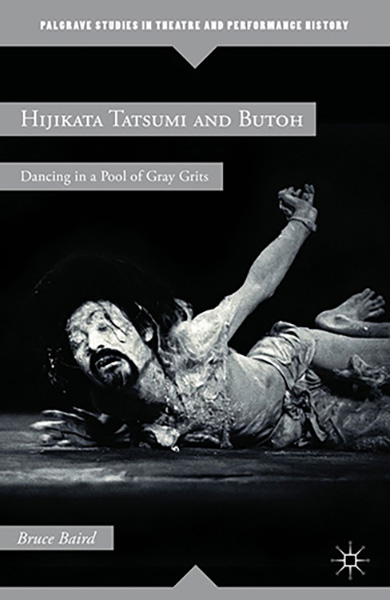 These topics might not seem like traditional subjects for a university class, where maybe you have the image that we should be studying things like history, and novels. However, it may come as a surprise (because our news coverage is still so geared to things such as television, movies and music), but the video game industry is one of the biggest parts of the entertainment industry. And it is a very different kind of entertainment from prior forms. Instead of spending a half hour in front of the TV (or two hours in front of the movie screen) passively absorbing whatever is handed to you, video game players might spend forty to eighty hours on one game and have to solve problems and actively make choices that affect later parts of the game. So, understanding how the video game industry works is increasingly important. And among Japan’s contributions to video games are the creation of games in which the player can use their whole body such as Dance Dance Revolution, Guitar Freaks (predecessor to Guitar Hero) and Wii, and later games such as Maimai and Groove Coaster. Of course, you can probably see that there is a trajectory here leading to virtual reality headsets and sensory gloves and body suits enabling players to have increasingly whole-body experiences. So teaching these courses has lead me to a new project. It is to understand Japan from the inside out. This time I want to start with some of the most popular cultural products used by millions of people (and particularly ones that involve a player’s entire body), and understand Japan (and our entire world of technology) from that vantage point.

People have always moved their bodies playing catch in the back yard or hiking. But now we are increasingly moving our bodies in time to technology. In 1996, Sony created a game for the PlayStation called PaRappa the Rapper in which players press buttons in time with visual cues (a little bit like playing the Simon memory game set to music, or using Simon to teach hiphop beats). Then in Dance Dance Revolution (1998) the arcade and video game company Konami hit upon the idea of having people dance on a sensory platform in time with visual cues. That same year, they released a game called Guitar Freaks with a guitar-shaped controller to allow people to simulate the playing of an electric guitar in time to visual prompts. This idea was picked up in the United States in the series Guitar Hero (Harmonix, 2005) and later with the addition of a simulated drum, Rock Band. Today such games proliferate and more recent games such as Maimai (Sega, 2012) and Groove Coaster allow for team play, the video recording of games for study or sharing on social media, and competition between players on different machines. How will we humans be affected by such games? How will we react to such technology?

It has been an interesting journey from an obscure dance to the cutting edge of technology and I celebrate the students who have lead me along the way.