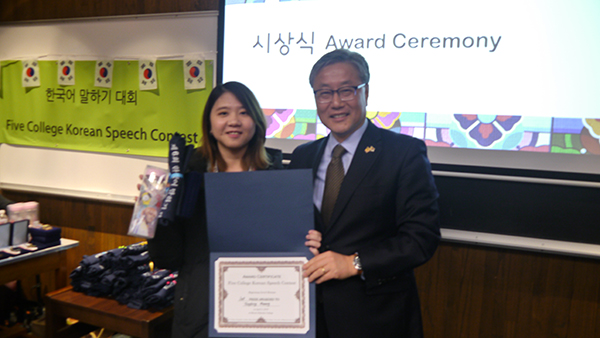 We began the event with a violin performance of Korean traditional music ‘Arirang’. During the intermission, there were poetry reading, K-pop dancing, and singing performances. Liv Hovey from UMass sang a K-pop song and Michael Kim from UMass served as the master of ceremony.

Yonghyon Kim, the Consul General of the Republic of Korea in Boston opened the event with a congratulatory address to the students and faculty.