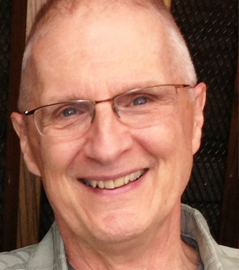 His monograph The Wind from Vulture Peak: The Buddhification of Japanese Waka in the Heian Period (Cornell East Asia Series, 2013) [translations with Patrick Donnelly] won the Japan-US Commission Prize for Translation of Japanese Literature presented by the Donald Keene Center at Columbia University in 2015. His translations of Buddhist poetry with Patrick Donnelly have appeared in numerous literary journals. He is also the translator [with Patrick Donnelly] of the Noh play “Shunzei Tadanori” published in Like Clouds and Mist: Studies and Translations of Noh Plays of the Genpei War (Cornell East Asian Series, 2013). In 1995 he published, edited, and contributed a translation to Partings at Dawn: An Anthology of Japanese Gay Literature (Gay Sunshine Press, 1995), the first such anthology of Japanese queer literature in either Japan or the West.

At present he is working on three projects: one is a translation and study of the Buddhist waka in Priest Jakuzen’s Hōmon hyakushu (One Hundred Poems on the Dharma Gate) from the 12th century; the second is an anthology of Japanese Buddhist poetry from the 11th-13th centuries for a general audience; and the third is an anthology of Japanese queer literature from 1868-the present. He has been the recipient of numerous grants and fellowships including two from the Japan Foundation, the Healey Endowment Grant, and the UMass Research Support Fund. He lived in Japan for a total of nine years and longs to go back—especially to Kyoto.

On sabbatical leave for Spring, 2021