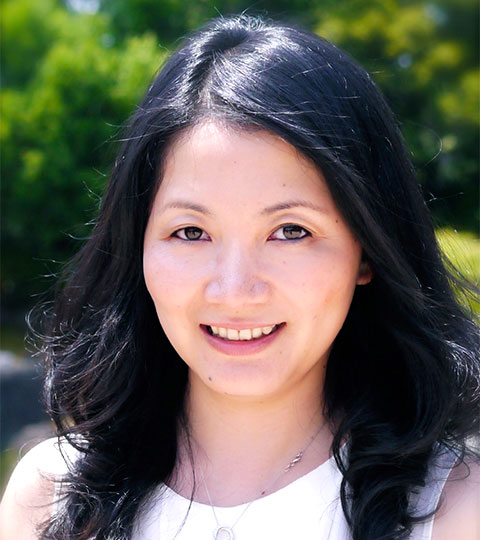 Enhua Zhang received her Ph.D. in East Asian Languages and Cultures with a minor in Anthropology from Columbia University. Her research and teaching interests include Chinese literature since the late nineteenth century, Chinese Cinema, Chinese Popular Culture, Gender Studies, and Cross-cultural Studies.

Dr. Zhang’s first book Space, Politics, and Cultural Representation in Modern China: Cartographies of Revolution has been accepted for publication by Routledge in 2016. It has been commonplace to describe revolution as a drastic change in sociopolitical institutions over a short period of time. This results partly from the privileging of time over space within modern philosophical thought. Revolution, however, operates in both temporal and spatial dimensions. In this book, Dr. Zhang argues for a reconsideration of revolution as a reorganization of space. This monograph examines the relations between revolution, space, and culture in modern China. Specifically, through cultural representations, it analyzes how revolution constructs, conceives, and transforms space. Revolution is usually understood as an event that is historical and historiographical. For example, revolution changes not only the course of history but also the writing and even the rewriting of history. Dr. Zhang approaches revolution from three spatial dimensions: physical, social, and symbolic. In light of these distinctions of space, she chooses five spatially significant revolutionary events as my case studies: the territorial dispute between Russia and the Qing dynasty in 1892, the Land Reform in the 1920s, the Long March (1934-36), the mainland-Taiwan split in 1949, and the Cultural Revolution (1966-76). She uses materials associated with these events, including primarily literature, as well as maps, political treatises, historiography, plays, film, and art. Dr. Zhang argues that in addition to redirecting the flow of Chinese history, revolutionary movements operate in and on space in three main ways: maintaining territorial sovereignty, redefining social relations, and governing an imaginary realm.

During her post-doctoral fellowship at Harvard’s Fairbank Center, with the support from the CCK Foundation Inter-University Center for Sinology, Harvard-Yenching Institute, and the Fairbank Center for Chinese Studies, Dr. Zhang co-organized an international conference on Red Legacy in China in April 2010. This conference led to an edited volume Red Legacies in China: Cultural Afterlives of the Communist Revolution, which is under contract and forthcoming at Harvard Asia Center.

Funded by the Healey/Faculty Research Grant of UMass, Dr. Zhang is currently working a project entitled “The Spectral, the Spectacular: China in Impressions—the Outdoor Themed Performances.” It examines the makings and receptions of the Impression series, specifically, how Zhang Yimou, Wang Chaoge and their production team utilize and transform the natural landscape into a performative space, how the traditional folk culture is made to appeal modern gaze, and how these performances fit in the operation of cultural industry in a consumer-orientated society.

Short Documentary
With anthropological training, Dr. Zhang values and always finds inspiration in fieldwork.  In order to gain first hand materials and lived experience about Red Tourism, she visited one of the primary Red Tourism sites, Mao Zedong’s hometown Shaoshan with Jie Li in June 2009. The fieldwork at Shanshao reveals more of the capitalist operation and corruption in the practice of Red Tourism. Dr. Zhang organized a roundtable discussion on the Communist legacy in China at the Annual Meeting of the Association for Asian Studies in 2010.  The short documentary “Shaoshan Pilgrim” they filmed on this trip was screened at the roundtable session. It is available at http://vimeo.com/12590650 (password: shaoshan).