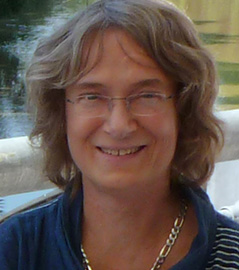 Doris G. Bargen, PhD, Universität Tübingen, has recently retired from her position as Professor of Japanese Studies and Honors Program Director for Japanese at UMass Amherst. She is known internationally as a scholar of the Japanese classic, The Tale of Genji, and has lectured on the topic in Japan and the United States. Most recently, she was invited to the Humboldt Universität Berlin to present a paper on Mori Ōgai at an international symposium. She has been active in organizing lectures, conferences, and symposia, and she served on many University committees and councils, such as the Research Council and the Commonwealth Honors College Council.

She has also published a number of essays on modern Japanese literature, including one on Kawabata Yasunari in the Japanese Journal of Religious Studies (1992), two on Enchi Fumiko – in Monumenta Nipponica (1991) and in The Woman’s Hand: Gender and Theory in Japanese Women’s Writing(Stanford, 1996), and two on Mori Ōgai – in Monumenta Nipponica (2012) and in “Ōgai” – Mori Rintarō: Begegnungen mit dem japanischen homme de lettres (Harrassowitz, 2014). In her monograph, Suicidal Honor: General Nogi and the Writings of Mori Ōgai and Natsume Sōseki (University of Hawai`i Press, 2006), Bargen explored the national crises that exposure to the West triggered during the Bakumatsu and Meiji-Taishō periods. Her current research is about assassins and avengers in Japanese literature.