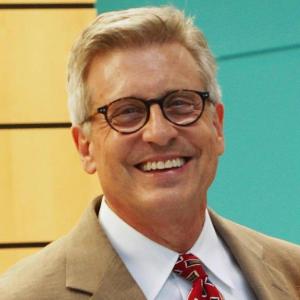 When asked to explain how his experience as an art history major prepared him for his career, Bill replied, “ Learning how to be a critical thinker and observer, writing in a clear, precise manner and understanding the cultural complexities of how great art and architecture are created. These were all skills I learned as an art history major and I use those skills every day in my work.” After receiving his BA in art history from UMass Amherst, Bill went on to receive his MA from the country’s first national program in architectural history and historic preservation at the University of Virginia.

Upon graduation in 1977, Bill spent two years at the New Jersey Office of Historic Preservation working on the National Register of Historic Places. He went next to North Carolina where he has spent much of his career, with eighteen years as the head of architecture and restoration for North Carolina’s state historic sites program. There he oversaw new construction, like modern visitor centers at sites, as well as the restoration of some of North Carolina’s premier historic buildings.  He subsequently became the Associate Director and Head of Design Section, responsible for exhibit design and fabrication for various shows including The Story of North Carolina– a 20,000 square foot exhibit chronicling the state’s history that has received considerable acclaim.

Three years ago, Bill was promoted to his current position as Director of Regional Museums.  He oversees museums in Elizabeth City, Fayetteville and Old Fort, North Carolina, working hard to expand audiences and visitation. Even after 35 years, Bill still enjoys the challenges of his work and credits his professional success with the start he got at UMass!