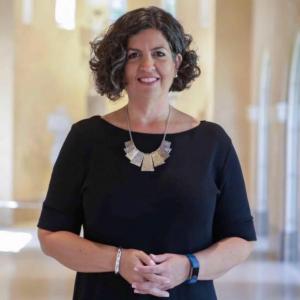 Carbonell is currently developing exhibitions and programming for the 2020-21 season and beyond, including a solo exhibition of the work of Marcus Jansen that examines the artist’s explorations of structures of power as well as an upcoming collaboration with For Freedoms in 2020. She is an active member of the Latin American and Caribbean Studies Program committee on campus, and engages with neighboring institutions by participating in panels, lecturing, and jurying exhibitions. Carbonell resides in Orlando with her 9-year old whippet, Paco.