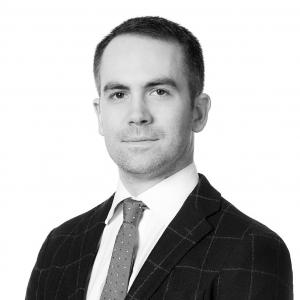 Since graduating from the MA program in 2011, I have spent my entire career in the auction business. I started as a marketing intern at Freeman's in Philadelphia, America's oldest auction house, which was a good use of my undergraduate degree in marketing and my masters in art history. Subsequently I moved into the fine art department full time in late 2012, rising quickly to become an associate specialist. In early 2015 I took a job with Christie's, and my wife and I, (Stephanie Huber also MA '11) moved to New York. At Christie's I was an associate vice president and the head of fine art. I traveled extensively with a primary focus on large single owner collections and museum deaccessions, including deaccessions from the Met and the Huntington Library, as well as working on the collections of Peggy & David Rockefeller and President and Nancy Reagan.

I left Christie's at the end of 2017 as Stephanie's Fulbright Fellowship took us and our newborn daughter Manon, to Amsterdam. I spent most of 2018 strolling through Vondelpark and the galleries of the Rijksmuseum with Manon though in my free time, I advised clients on various sales including a ceiling fresco by Giorgio Vasari and a Claude Monet Nymphéas. We returned to New York in late 2018 and I rejoined the auction business, this time with Bonhams. Fall 2019 was very exciting for the Bonhams' Post-War & Contemporary art department. In late September we hosted an exhibition featuring the art collection of the rapper, Q-Tip, from A Tribe Called Quest and followed that excitement with the sale of a major Keith Haring mural for $3.9M, an event covered in the New York Times. The auction world works in cycles, so after a big sale it is right back to work in advance  of the next, which includes researching and pricing artworks for potential sale, whether in person or from images sent by clients, and working to get those paintings consigned.