To further awareness of Brutalist architecture at UMass, Professor Timothy Rohan and colleagues led a walking tour on October 20th of the Amherst campus focused upon buildings from the 1960s and 1970s by Kevin Roche, Marcel Breuer and others. Margaret Vickery from Art History at UMass and Carl Fiocchi from the University’s Building and Construction Technology Program also spoke. Shelby Shrank from UMass’s MA program in preservation organized the event and also spoke. Cosponsored by the international modernist preservationist group, DOCOMOMO, and supported by the Department of the History of Art and Architecture, the tour drew over sixty participants from Amherst and well beyond. The successful event concluded with a lively discussion about preserving Brutalist buildings.

Read more about the event by clicking this link. 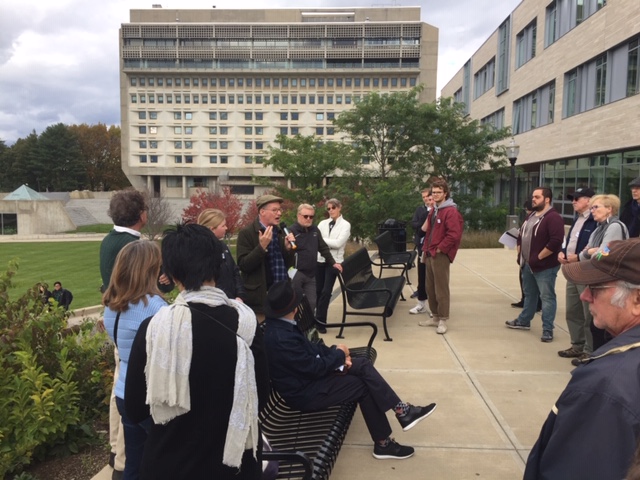 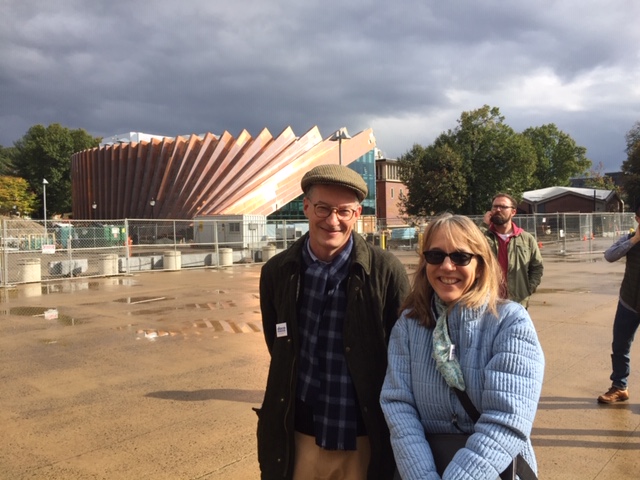