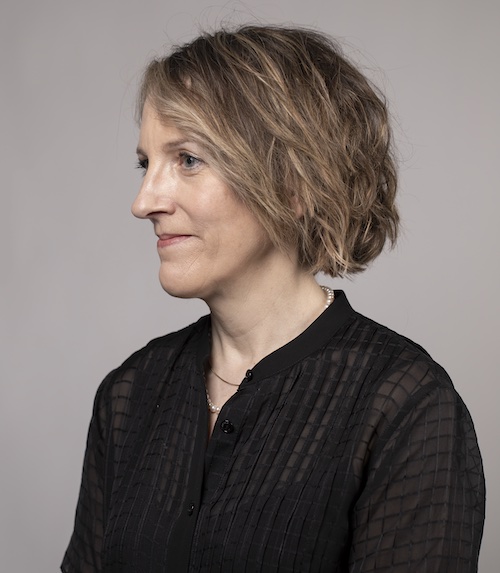 Monika Schmitter is a specialist in Italian art of the late-fifteenth and early-sixteenth century with an emphasis on the material culture and built environment of Venice.  She is particularly interested in portraiture, patronage, domestic art and architecture, gender and class issues, and the history of collecting.  Her book, The Art Collector in Early Modern Italy: Andrea Odoni and his Venetian Palace, was published by Cambridge University Press in 2021.

She has also published articles in journals such as Renaissance Quarterly, The Burlington Magazine, Renaissance Studies, The Journal of Architectural Historians, and Studies in Iconography.

Her research on the sixteenth-century art expert Marcantonio Michiel has also led her to study in other cities in Italy, for example, Bergamo, Padua, and Cremona.  Her publications on painted palace facades analyze monuments in Trent, Rome, Vicenza, and Siena, as well as Venice.

She has been a recipient of numerous fellowships and grants, including a Visiting Senior Fellowship at the Center for Advanced Study in the Visual Arts, National Gallery (2012), Samuel H. Kress Foundation Grant, Renaissance Society of America (2018, 2011), Gladys Krieble Foundation Grant for Study in Venice and the Veneto (2020, 2018, 2011, 2004, 2000), Villa I Tatti Fellowship, Harvard University Center for Italian Renaissance Studies, Florence, Italy (2000-2001), and Lilly Teaching Fellowship, University of Massachusetts (1999-2000).

Her knowledge of and affection for the city of Venice and its territories, developed over many years, informs her General Education class, “Venice: Art, History, and Environment,” which covers topics from the founding of the city in the aftermath of the fall of the Roman Empire to current controversies about tourism and climate change.  She also teaches courses at the upper level in Italian Renaissance and Baroque art, as well as graduate seminars on more specialized topics.