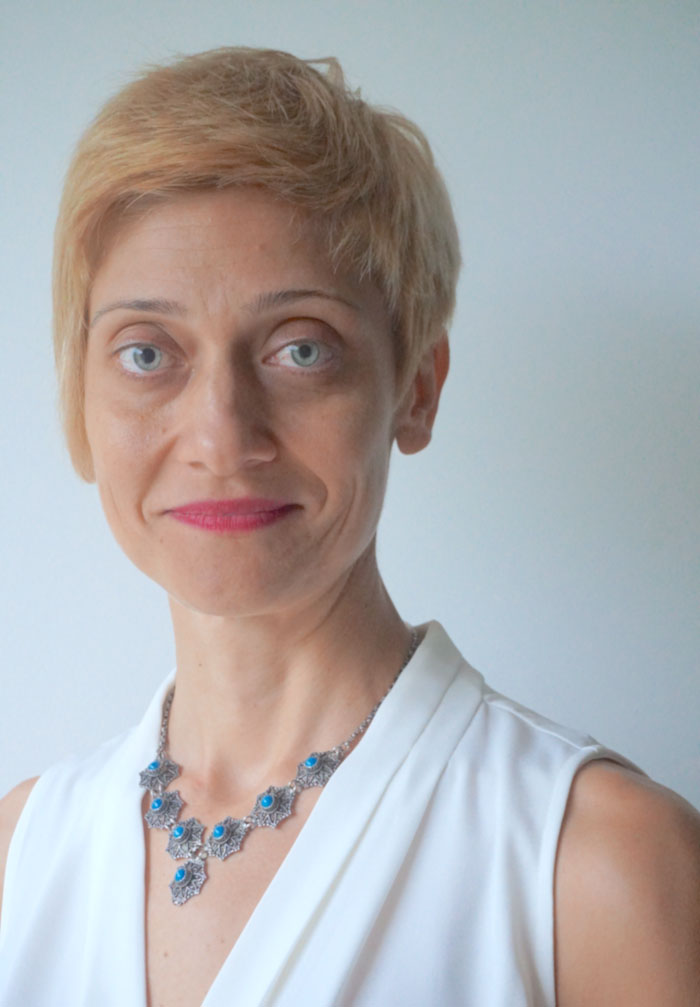 Gülru Çakmak is an Associate Professor specializing in eighteenth- and nineteenth-century French, English, and Ottoman art. She received her PhD at Johns Hopkins University in 2010 under the supervision of Professor Michael Fried with her dissertation entitled Jean-Léon Gérôme: The Innovative Years (1851-1859), for which she was awarded a Distinction. Prior to her doctorate, she received an MPhil degree at the Amsterdam School of Cultural Analysis (Thesis: “Subversive Ambiguities: Disruptions, Self-Representation, and the Role of the Beholder in Paul Cézanne’s Les Grandes Baigneuses (V.721)”), an MA degree with Distinction in Gender Studies at Central European University in Budapest, Hungary (Thesis: “Aesthetics of Subversion: The Uncanny and the Grotesque in Aubrey Beardsley, Hannah Wilke, Mary Duffy, Louise Bourgeois, İnci Eviner”), and an MFA degree at Bilkent University in Ankara, Turkey (Thesis: “The Body Unmasked: The Freudian Uncanny and Kuzgun Acar’s Theatre Masks”). In a highly selective nationwide competition in 2011, Dr. Çakmak was designated a New Faculty Fellow by the American Council of Learned Societies.

Her book Jean-Léon Gérôme and the Crisis of History Painting in the 1850s (Liverpool University Press, 2017) addresses a turning point in French art in the middle of the nineteenth century when traditional history painting lost its status as a compelling mode of representation. Was history painting even feasible in modern times, in a period that witnessed an increasing demand for empirical observation in art, and an emergent modern epistemology that posited the past as foundational yet inaccessible to the physically and historically specific individual? The book demonstrates that Gérôme, typically seen as a conservative academic painter, responded swiftly to the modern sensibility of history and the crisis of historical representation in the 1850s. Embarking on a phase of artistic experimentation, he reflected on the aims and limitations of history painting by devising a quintessentially contemporary art that acknowledged the viewer not as an abstraction but as a historically situated and embodied subject. The first monograph of its kind to present a sustained analytical study of a key decade of Gérôme’s art, the book offers a historical and theoretical understanding of the artist’s work in the 1850s against the background of the modernization of visual culture in France.

Professor Çakmak is currently at work on two new book projects. Materiality, Process and Facture in English and French Sculpture at the End of the Nineteenth-Century aims to contribute to a revisionist history of modern sculpture by problematizing the modernist narrative of a radical rupture between the nineteenth-century method of modeling, and the twentieth-century paradigm of direct carving. The research for this project has been supported by the Henry Moore Institute, Yale Center for British Art, and the Clark Art Institute as well as the American Philosophical Society. A second book entitled Osman Hamdi and the Long Duration of History examines the work of the Ottoman-Turkish painter Osman Hamdi Bey as meta-paintings thematizing time and history as the artist reflected on the question how to make visible the deep structures of history that underlie the present—structures that have made the present possible at the first place.

Technology and Digital Humanties in the Classroom

(Digital exhibition catalogue featuring contributions by students in the seminar Modernizing Sculpture from Canova to Duchamp taught in Fall 2016. It functioned as the online catalogue for the physical exhibition with the same title that was on display at the Mount Holyoke College Art Museum from July 29, 2017 to May 27, 2018)

2011 In Response to Kimsooja
http://www.umass.edu/umca/online_exhibitions/2012_01_23_kimsooja_response/front_text.html
(Selected essays by students in Art-Hist 323/623 European Art: 1780-1880 in Fall 2011 written in response to digital works by contemporary Korean artist Kimsooja exhibited at the University Museum of Contemporary Art)