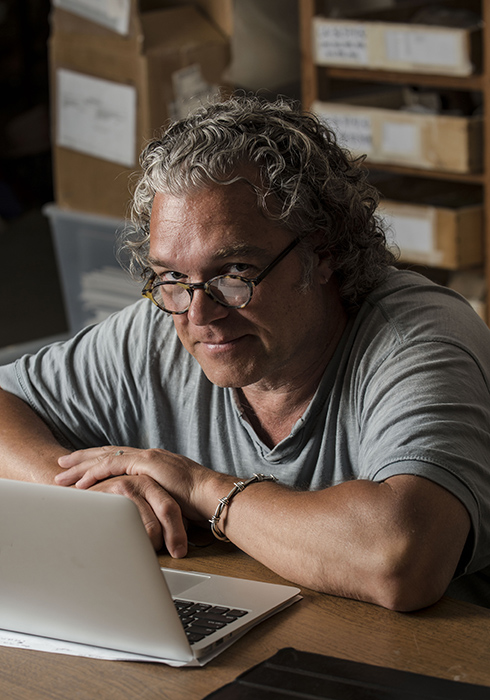 A trained field archaeologist and a professional librarian, Brian Shelburne is Head of the Digital Scholarship Center at the University of Massachusetts Amherst. Originally the slide library of the Art History program, the Digital Scholarship Center has evolved into a UMass Amherst Libraries department that provides instruction, connections, and support in all aspects of digital scholarship such as online exhibitions, digital publishing, and data visualization. Brian teaches courses and workshops in these topics for the campus community, but specializes in topics associated with the Department of the History of Art & Architecture.

Brian’s career has followed two paths. He has worked in the library profession for nearly 30 years, focusing primarily on the creation, maintenance, and use of images for academic teaching and research. He earned a Masters of Library & Information Science from the University of South Carolina, and prior to coming to UMass Amherst he worked in Visual Resources Departments at Bryn Mawr College, the Philadelphia College of Textiles & Science (now Philadelphia University), and Virginia Tech.

In addition to his work in the field of Library Science, Brian has an academic background in archaeology. His undergraduate and graduate work in the field was in various combinations of Archaeology, Classics, and Anthropology, culminating in a MA in Classical and Near Eastern Archaeology from Bryn Mawr College. He has 10 years of field experience with excavations, and has worked in Crete, Cyprus, and Italy with occupations ranging from the Early Bronze Age through the Early Roman Empire.

Brian is still actively involved in both fields and combines them whenever possible. He continues to learn how archaeologists and classicists make use of the latest digital tools and methodologies to increase their knowledge of the people and cultures they study. He investigates metadata schemes used by archaeologists and how they can be applied to visual research data such as maps and images. He serves on the Board of Trustees for the Cyprus American Archaeological Research Institute (CAARI) and is an advisor for their library operations. And while not necessarily archaeological, he is also currently a member of the Executive Board of VRA, the International Association of Image Media Professionals.