The Commonwealth of Massachusetts established the Massachusetts Agricultural College (MAC), under the provisions of the 1862 Morrill Land Grand Act of Congress. In 1863, the 56 students of the pioneer class of '87 were taught military drill by one of the four professors who were the academic staff for the first year.

In 1869, regulation drill, infantry skirmishing and the use of the saber, bayonet, small arms, and artillery were added. Soon, a battalion of infantry was organized, led by student officers. The battalion review became a prominent feature of campus celebrations. Instruction during inclement weather took place in College Hall, one of three buildings built for the pioneer class.


The Corps, established at MAC on October 1, 1918, with 351 enrolled, enjoyed a short existence. World War I ended on November 11 and the Corps was disbanded by December 21, 1918. There were 1304 "Aggie" men in uniform in World War I and 445 held commissions. A table in Memorial Hall bears 51 names of those who made the supreme sacrifice in the War.

The Corps of Cadets was absorbed into the Reserve Officer Training Corps after the war. Horses were shipped in, and cavalry tactics replaced infantry tactics. There was a sportsmen's interest in drill, country rides, polo, horse shows, and a night ride test held each spring. The summer camp was a 195-mile cavalry march to Fort Ethan Allen, Vermont, where the cadets, under supervision of Regular Army instructors, underwent training in firing, tactics and associated skills. 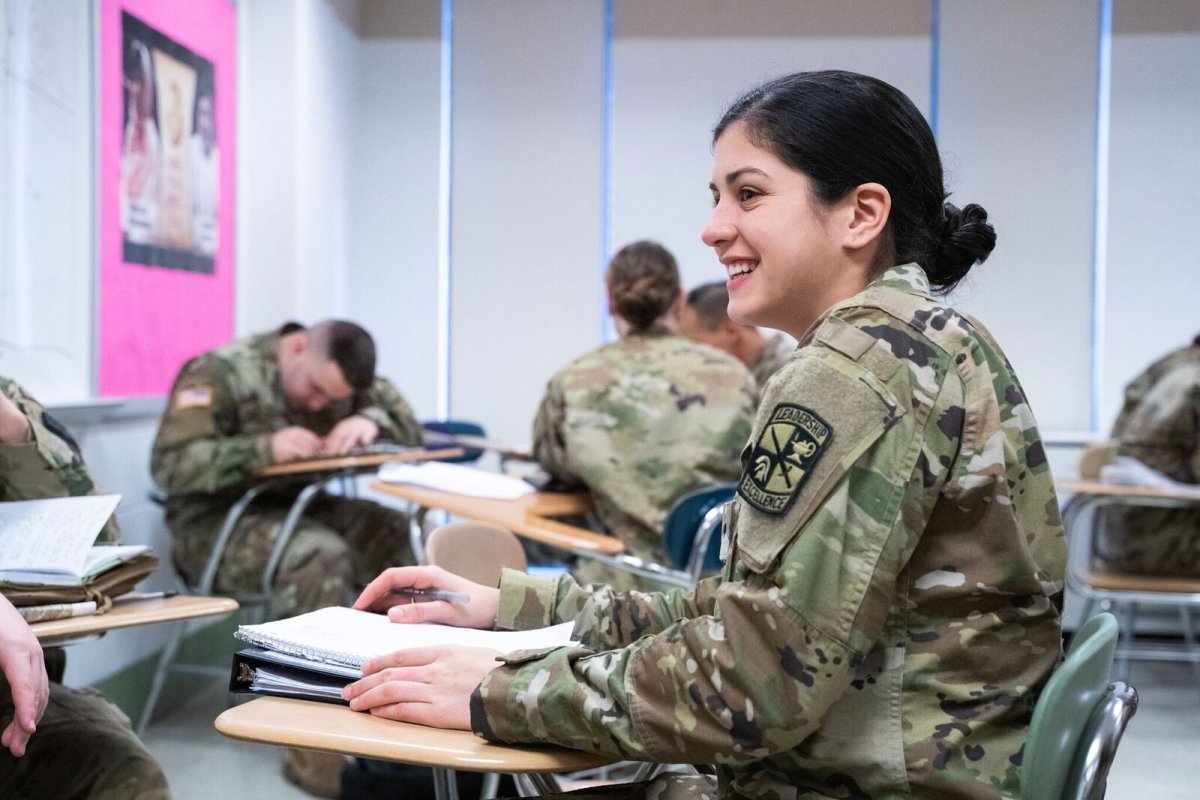 During World War II, classes shrank, and a few courses were canceled. Although college activities were sustained in the same pattern, the Massachusetts Agricultural College was largely a women's college. By 1944, the total number of students in the regular program had dropped from 1263 (enrolled in 1941) to 725; of these, 600 were women. A portion of this drop resulted in 1943 when the junior and senior ROTC cadets were sent to Officer Candidate Schools. Another significant population loss resulted in June 1943 when the cavalry horses were shipped to the active Army. There were over 2000 UMass men and women in the fighting forces of the nation in World War II, and the Honor Roll bears 122 names.

Massachusetts State College became the University of Massachusetts in 1947. Cavalry ROTC became Armor ROTC, and tanks replaced the horses. Advanced Course cadets journeyed to the Armor Center at Fort Knox, Kentucky for their summer camp. A force of six tanks were maintained on campus from 1947 to 1963. An Army Air Corps officer was assigned to the instructor group and presented flight training until the US Air Force was formed. Shortly thereafter, the ROTC program was divided and became the Department of Military Science and the Department of Air Science.

Bowing to the pressure of the times, the Board of Trustees voted to adopt a voluntary ROTC program during the fall of 1962, and to change from the Branch Material (Armor) to a General Military Science unit. These changes were effective September 1, 1963. General Military Science summer camp was initially conducted at Fort Devens, Massachusetts. However, in 1963 all First Region US Army advanced course summer camps were consolidated at Indiantown Gap Military Reservation, Pennsylvania. 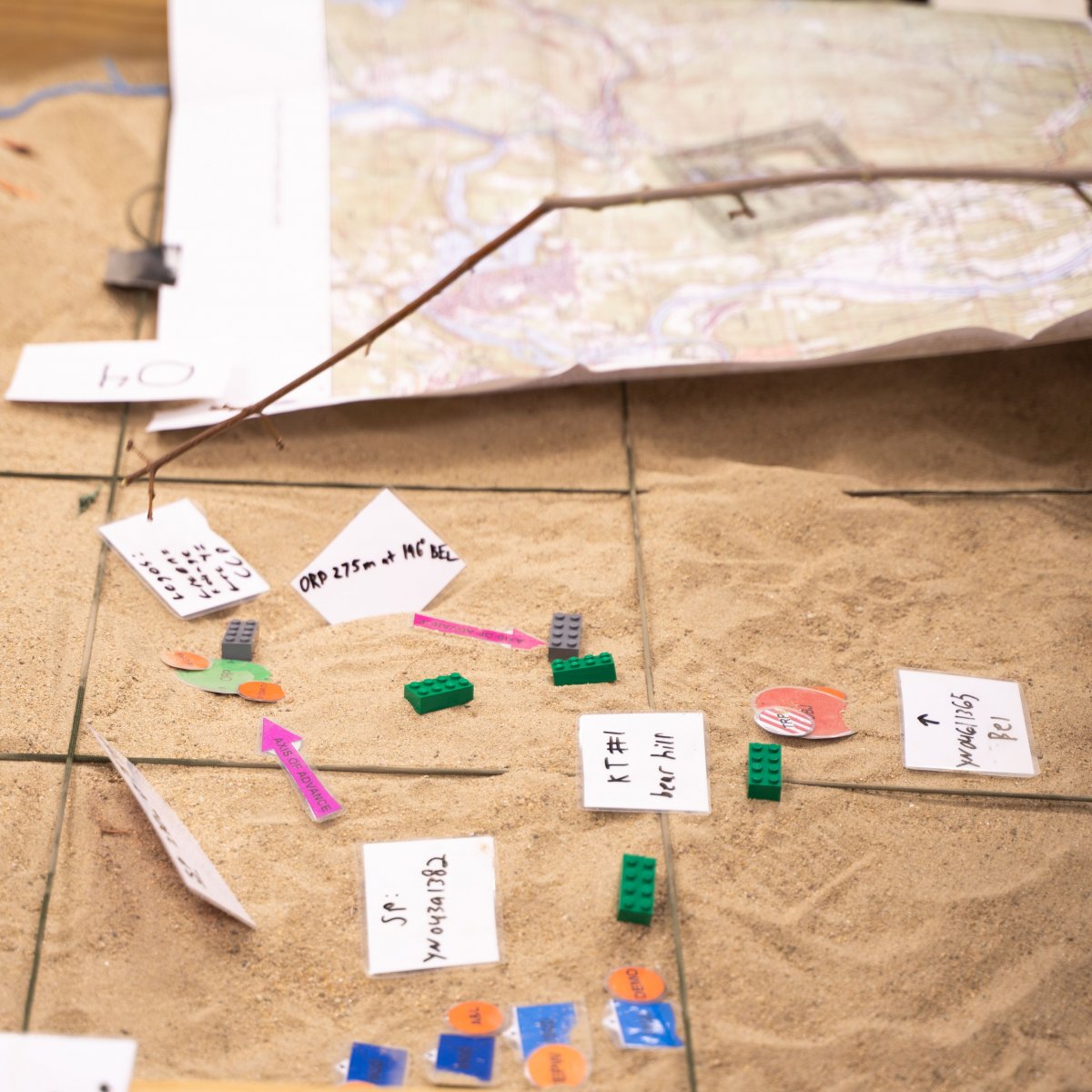 From 1963 to 1970, the number of commissionees remained relatively constant while the University enrollment was multiplying. At the same time, the size of the basic course was decreasing. However, in 1968, anti-military sentiment in New England began to mushroom and a significant drop in freshman enrollment occurred.

The corps had, over the years, been organized as a battalion, a regiment, and a brigade. Unfortunately, when the Corps emerged from the traumatic period of 1968 to 1976, very little of its institutional memory and internal traditions survived. Everything from trophies awarded within the Corps to cadet organization, and cadet rank assignments had been lost. A period of rebuilding was begun in 1976.

Today, the program continued to flourish. Enrollment continues to expand each year as increasing numbers of quality students took advantage of the training, self-development, and career opportunities offered by ROTC. As the program experiences quantitative growth, its students continues to excel.