UMass Amherst will be the first place in New England to host a national touring exhibition, Why Guantanamo? on the controversial Guantanamo Bay military facility and prison.  Sponsored by the Guantanamo Memory Project, which is based at Columbia University and led by Liz Sevcenko, and with the participation of UMass faculty and students, Why Guantanamo? introduces visitors to the full story of Guantanamo – as a Cuban city, a U.S. military base, a humanitarian refugee center, and a controversial prison where suspected terrorists have been incarcerated, sometimes tortured, and often held without a trial or even legal counsel.  The continuing debate over these prisoners, their treatment, and the very existence of the prison has been a flashpoint in American politics for a decade; the military base itself has been controversial since it opened a century ago.

The exhibition of thirteen large panels as well as video testimonies and interactive features will open in the Herter Gallery on September 11 and will be accompanied by a panel discussion at 4 pm in the Bernie Dallas Room of Goodell Hall on the UMass Amherst campus, and reception at 6 pm in the gallery.  The panel will feature presentations by Jameel Jaffer, Director of the Center for Democracy at the American Civil Liberties Union and a key legal advocate for the detainees, and Akhil Reed Amar, constitutional law professor at Yale Law School.

“We are thrilled that students from Public History, Architecture, and Historic Preservation have had a played a role in researching and designing one of the key panels in this exhibition,” said David Glassberg, professor of history and founder of the Public History Program in the History Department at UMass Amherst.

“Our goal is to promote an understanding of the history of Guantanamo and provide a space for public debate around one of the most controversial issues in American politics today,” said Max Page, Professor of Architecture and Director of Historic Preservation Initiatives at the University of Massachusetts.  “We think one way the campus should remember 9/11 is to have an open discussion about some of the legacies of that day.”

The exhibition will be accompanied by four public forums, one each Wednesday at 4 pm during the exhibition’s run. On October 2, area teachers will have an evening workshop with the speakers, to discuss how they might incorporate the history and politics of Guantanamo into their classrooms.

This exhibition is sponsored by the Guantanamo Public Memory Project, the Office of the Vice Chancellor for University Relations, and the following UMass departments and programs: Architecture + Design Program, History, the Interdisciplinary Studies Institute, Middle Eastern Studies, the Center for Latin American and Caribbean Studies, and the Center for Public Policy and Administration. 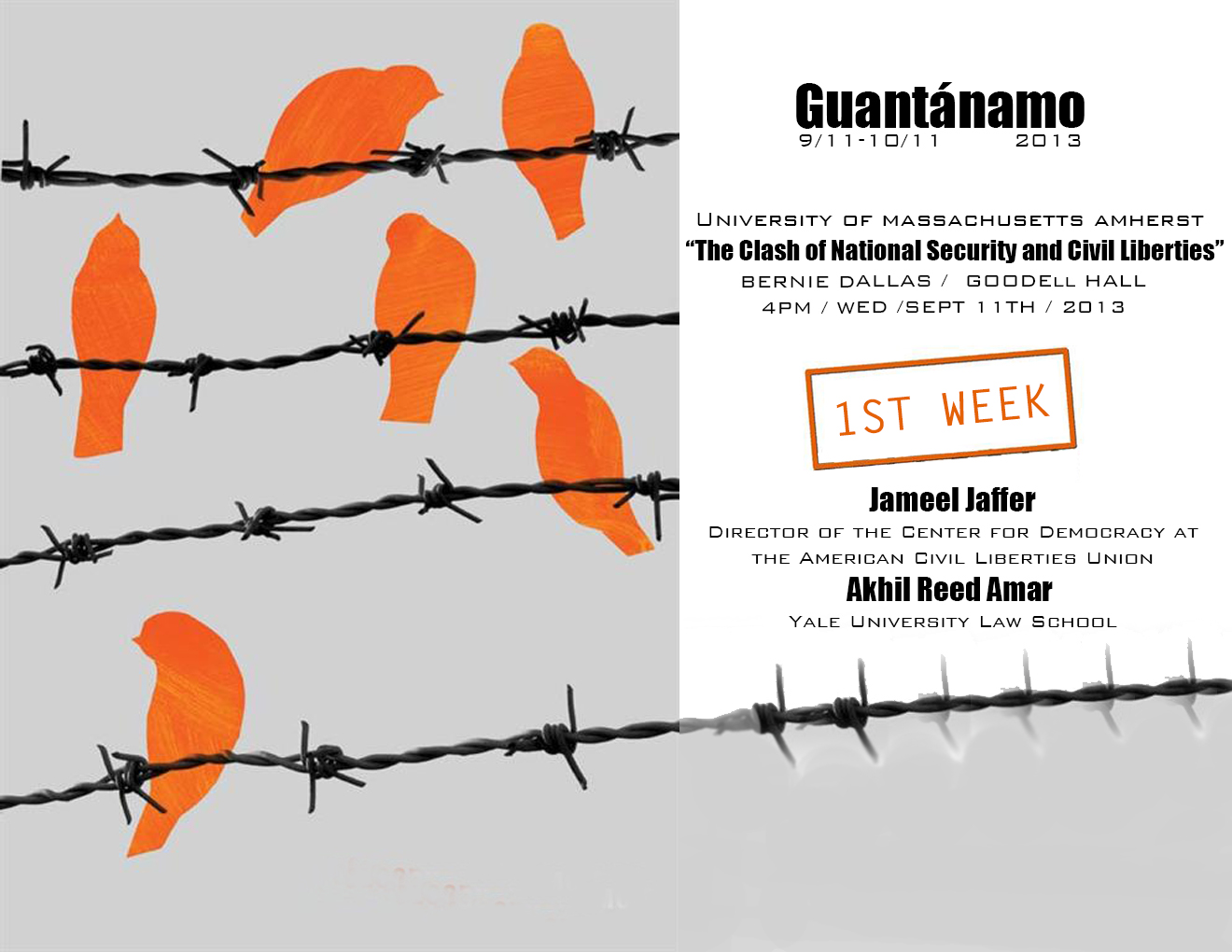 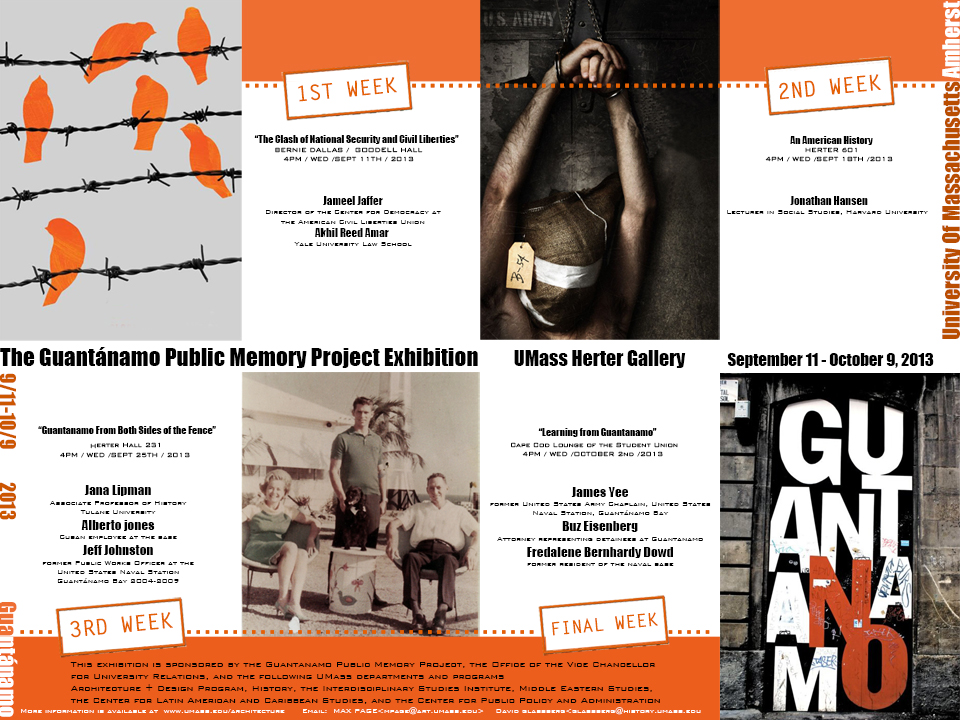