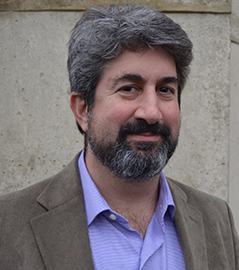 Professor Page teaches and writes about the history of cities and architecture. He has written or edited eight books on subjects ranging from the destruction and rebuilding of New York City, in reality and in the imagination, the urbanist Jane Jacobs, the history of historic preservation, the architecture of the UMass campus, and the future of higher education.

Professor Page is very active in fighting for the advancement of public education in Massachusetts. He was president of the Massachusetts Society of Professors, the faculty and librarian union at UMass Amherst and has served in a variety of roles with the Massachusetts Teachers Association, the union of 110,000 public school educators in the state, and PHENOM, the Public Higher Education Network of Massachusetts.

This past year he was a Rome Prize Fellow at the American Academy in Rome, working on a book on the future of historic preservation.