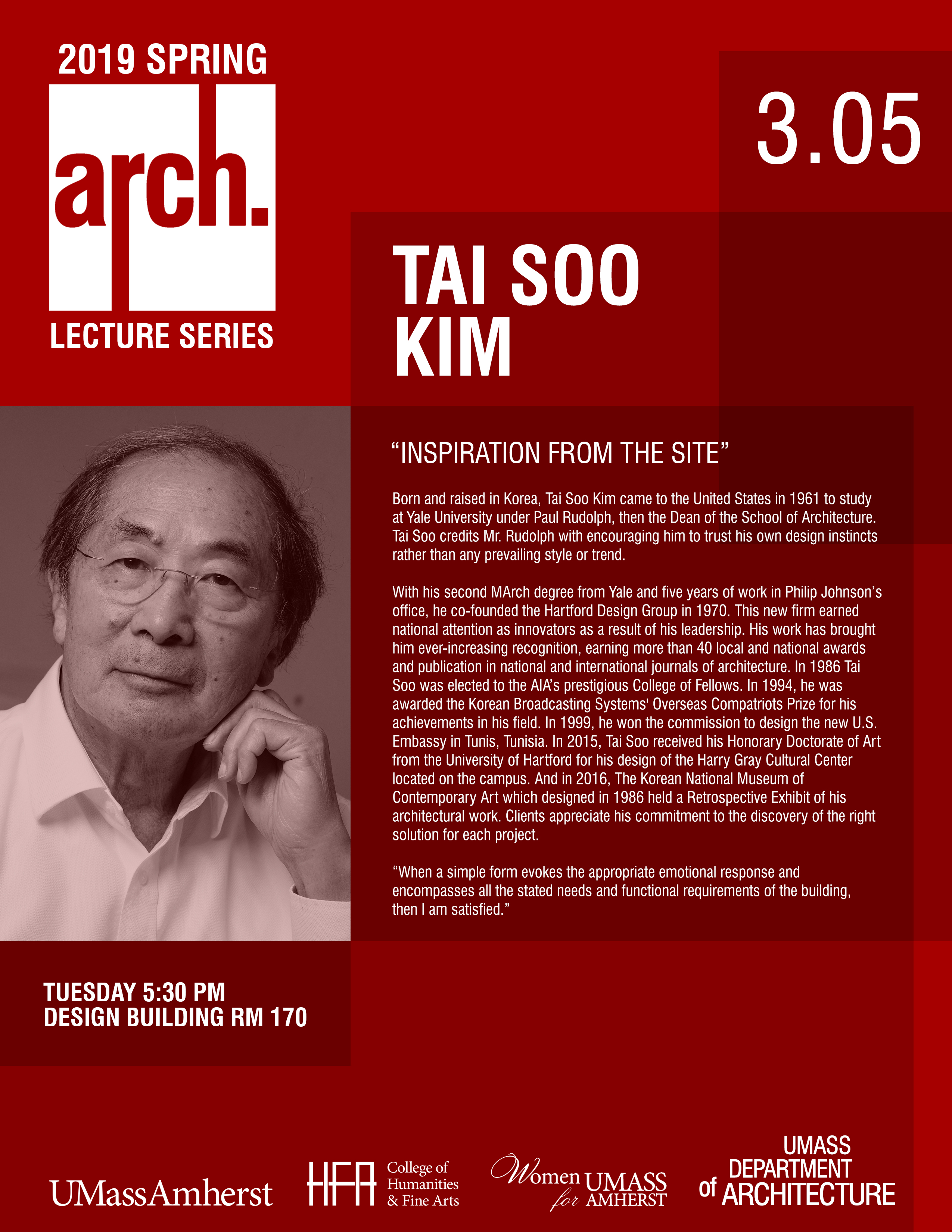 Lecture Title: Inspiration from the Site

Born and raised in Korea, Tai Soo Kim came to the United States in 1961 to study at Yale University under Paul Rudolph, then the Dean of the School of Architecture. Tai Soo credits Mr. Rudolph with encouraging him to trust his own design instincts rather than any prevailing style or trend.

With his second MArch degree from Yale and five years of work in Philip Johnson’s office, he co-founded the Hartford Design Group in 1970. This new firm earned national attention as innovators as a result of his leadership. His work has brought him ever-increasing recognition, earning more than 40 local and national awards and publication in national and international journals of architecture. In 1986 Tai Soo was elected to the AIA’s prestigious College of Fellows. In 1994, he was awarded the Korean Broadcasting Systems' Overseas Compatriots Prize for his achievements in his field. In 1999, he won the commission to design the new U.S. Embassy in Tunis, Tunisia. In 2015, Tai Soo received his Honorary Doctorate of Art from the University of Hartford for his design of the Harry Gray Cultural Center located on the campus. And in 2016, The Korean National Museum of Contemporary Art which designed in 1986 held a Retrospective Exhibit of his architectural work. Clients appreciate his commitment to the discovery of the right solution for each project.

“When a simple form evokes the appropriate emotional response and encompasses all the stated needs and functional requirements of the building, then I am satisfied.”

With thanks to the College of Humanities and Fine Arts, the Women for UMass Fund, and the UMass Department of Architecture for their ongoing support of this series.