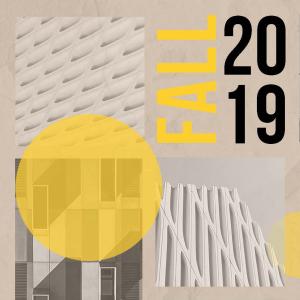 Kathryn Holliday is an architectural historian, associate professor of architecture at the University of Texas at Arlington, and the founding director of the David Dillon Center for Texas Architecture. Her research and teaching focus on the built environment in American cities, focusing most recently on the postwar dynamics of Texas. The Open-Ended City: David Dillon on Texas Architecture (University of Texas Press, 2019) collects a selection of the late architecture critic’s writing about Dallas, Houston, Fort Worth, and other Texas cities to make a case for the distinctive mechanisms of real estate, policy, and civic rivalry that drove urban development in the last decades of the 20th century and the important role that public newspaper writing plays in shaping civic discourse. Her previous books examined the work of New York architects Leopold Eidlitz and Ralph Walker and she is also at work on Telephone City: Architecture and the Rise and Fall of the Bell Monopoly, a book project that explores the relationship between architecture, infrastructure, and technology in the evolution of telephone buildings across the U.S. 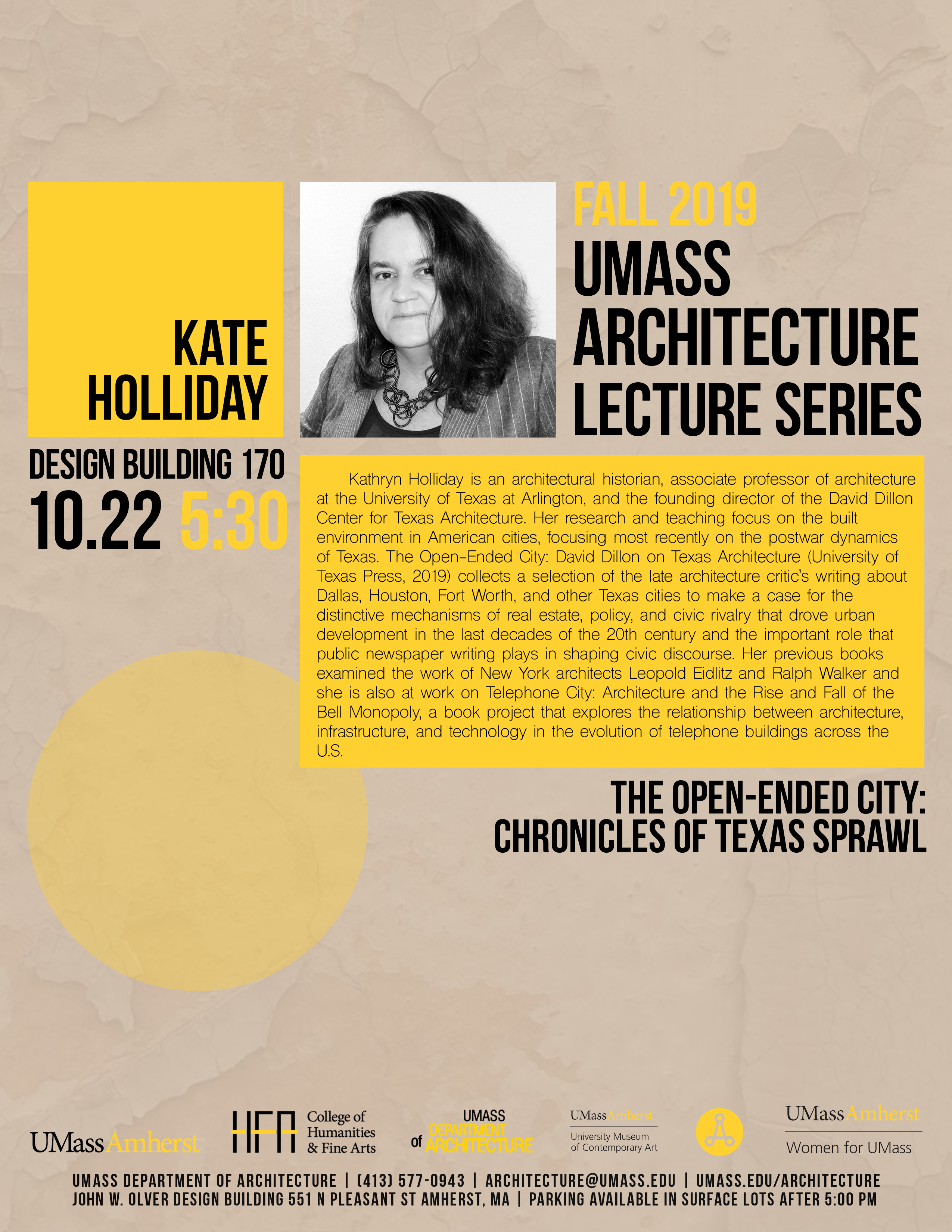 With thanks to the College of Humanities and Fine Arts, the Women for UMass Fund, and the UMass Department of Architecture for their ongoing support of this series.

Lecture begins at 5:30pm in Design Building Room 170. All lectures are free and open to the public. Free parking is available after 5:00pm in surface lots.