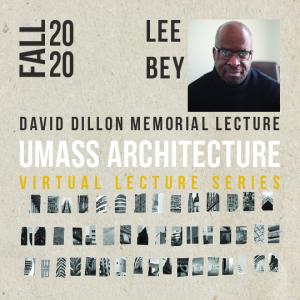 Lee Bey is member of the Chicago Sun-Times editorial board, where he shapes the newspaper’s position on a range of issues including urban planning, land use, politics.

He is also a photographer, writer, consultant and lecturer whose work deals in the documentation and interpretation of the built environment—and the often complex political, social and racial forces that shape spaces and places.

Bey is the author of Southern Exposure: The Overlooked Architecture of Chicago’s South Side (Northwestern University Press, October 2019), a book that showcases his architectural and social commentary and his architectural photography.

An adjunct professor at the Illinois Institute of Technology College of Architecture, Bey teaches a class based on his book. The class examines how race shapes architecture and urban planning on Chicago’s South Side and other communities of color across the country.

Bey’s architectural photography has also appeared in magazines and periodicals such as the New York Times, Architectural Digest,Chicago Architect, Architect, Old House Journal, CITE, and in international design publications such as Bauwelt, and Modulør, both published in Germany.

Bey is the author of Southern Exposure: The Overlooked Architecture of Chicago’s South Side (Northwestern University Press, October 2019), a book that showcases his writing and photography.

Bey, who served as deputy chief of staff for architecture and urban planning under former Chicago Mayor Richard M. Daley, is also a sought-after expert on architecture, architectural history and the development of cities. He has been interviewed by a range of media outlets on the subject, including the New York Times, the Chicago Tribune, CityLab, WTTW Chicago Public Television, WGN-TV, Echappees Belles, an international travel show on TV5MONDE Europe, and That Far Corner: Frank Lloyd Wright in Los Angeles, produced by KCET-TV in Los Angeles. He has lectured before audiences at the University of Hamburg, University of Michigan, City Club of Chicago, the Art Institute of Chicago, the National Trust for Historic Preservation, the Chicago Architecture Foundation, the Arts Club of Chicago, Palm Springs’ Modernism Week and more.

Register for this event