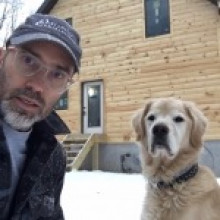 I received my BA from Cornell University (1985) from an interdisciplinary major combining mathematics, computer science, and biological anthropology and went on to get an MA and Ph.D. (1992) from Harvard University in Biological Anthropology.  While originally there to study ape evolution through an anatomical and paleontological research perspective I shifted to molecular systematics.  I took a position at New York University in 1992 where I taught and carried out research for 27 years. In 2020 I came to UMass Amherst.  My research was centered around the evolution of Old World monkeys and apes, though I was also involved in studies involving New World monkeys, lemurids and lorisids, human population history, ape and monkey conservation and behavioral genetics, forensic applications, cryptozoology, and molecular evolutionary studies of diseases such as AIDS and malaria.  I am currently building a laboratory and research group focused on using Second Generation Sequencing technologies in a variety of applications from sequencing whole genomes, exomes, and environmental DNA to study various aspects of primate evolution, biodiversity sampling, and disease ecology. As an aside, I am a strong proponent of public outreach of scientific research and have appeared on a variety of TV shows.