I became interested in looking at how the environment impacts health 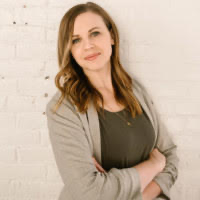 Molly Totman received her Undergraduate Degree in Anthropology in 2011 and her Master's Degree in Public Health in 2014.  After graduating, Molly used her combined degrees to begin her career at Caring Health Center in Springfield, MA.  At Caring Health, Molly serves low-income, refugee, immigrant, and minority populations that otherwise wouldn't have a healthcare system.

When Molly first transferred to UMass, she had not intended on majoring in anthropology but soon found it was the place to be.  She attributes her increase in interest to Ventura Perez's class Anthropology of Violence, which fascinated her.  "Through him," she explains, "I became interested in looking at how the environment impacts health,"  Molly states that anthropology plays a crucial role in her job at Caring Health Center, giving her a solid foundation to view healthcare through a critical lens. 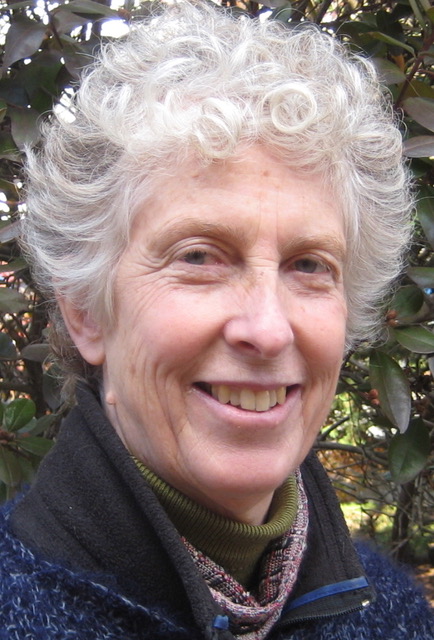 Dolores Root (Ph.D. 1984) pursued her doctorate, and wrote her dissertation in archaeology, on the material dimensions of social inequality in non-stratified socieities.  During her time as a graduate student at UMass, she learned to critically question the status-quo not only in anthropology but in other disciplines as well.  But what she came to value most was teaching anthropology to undergraduate students, where she discovered her passion for engaging students in critical thinking, opening perspectives on the past and the present.

Angela Labrador (Ph.D. 2013) entered the graduate program to study the archaeology of the American Northeast with Martin Wobst. She swiftly moved to embrace the lens of heritage. As she recalls, “I became more interested in questions about why people want to save things from the past, rather than in what really happened in the past.” Her dissertation, “Shared Heritage: An Anthropological Theory and Methodology for Assessing, Enhancing, and Communicating a Future-Oriented Social Ethic of Heritage Production” approached the protection of heritage as a social ethic. As she puts it, heritage “isn’t so much about the past, it’s what people today do to enact their vision for the future and what they want society to be.”

Labrador’s work at UMass led directly - and quickly - to her current work. While writing her dissertation, she was approached by Gustavo Araoz, a conservation architect and expert on heritage policy and practice, and Neil Silberman, a historian and heritage interpretation specialist, with an opportunity to put her interest in public heritage to work. With the support of the Organization of American States and the US State Department, the team developed a project that spans the English-speaking Caribbean with the aim of enhancing governments’ capacities to protect heritage across the region. Out of this collaboration, Araoz, Silberman, and Labrador formed a partnership in Coherit Associates, LLC (coherit.com) in June 2012.

At Coherit Associates, Labrador works to build and share capacity for community-based heritage projects, work she says was directly informed by her training at UMass. Her approach to the protection of heritage, she explains, is imbued with an emic perspective of value and authenticity, and relies on the application of qualitative research in the heritage field. Their work is diverse. Around the world and here in New England, Coherit provides support for cities and towns to document historic resources, develop sustainable tourism economies, and develop skill-building workshops to empower community members to identify and document places and traditions of significance to them.

The team continues their work in the Caribbean, now working in 13 different nations across the region. Coherit works with nations like Guyana, St. Lucia, and Jamaica to create sustainable heritage tourism endorsement programs using locally-determined heritage values.  Labrador has trained facilitators to carry out qualitative research, including focus groups, mobile oral histories, and photovoice research, to determine how citizens understand what is distinctive about their heritage and identity to create experiences and tourism brands rooted in local values.

Labrador also publishes for both academic and general audiences. Her co-edited volume (with Neil Silberman) The Oxford Handbook for Heritage Theory and Practice brings together a number of social science perspectives on the heritage field. She and Silberman are developing a second book for a more general audience, which will trace the past, present and future of the heritage field.

Angela Labrador is working to assemble a panel at next Fall’s Engaging Anthropology Conference. Stay tuned to hear more!

Kerry Lynch (Ph.D. 2010) is playing a critical role in helping solve a 240-year-old maritime mystery: what happened to the HMS Endeavour, the ship that Lt. James Cook captained on the first voyage by British explorers to Australia? A specialist in underwater archaeology, Lynch is field director for the exploration of Revolutionary War activity in Rhode Island’s Newport Harbor, and has worked on various underwater sites there since 1997. At a news conference in Newport last September, Lynch and other researchers announced a promising discovery at the bottom of Newport Harbor that could possibly be the remains of Cook’s famous ship.

Launched in 1764, the Endeavour was first purchased by the British Royal Navy for James Cook’s 1768-1771 scientific mission to the Pacific Ocean. Sold to private investors and renamed the Lord Sandwich, she later became part of American, Australian, and British history during the Revolutionary War. Chartered by the British Board of Transport, she was used to transport Hessian mercenaries to fight in the war. She was also used as a prison ship to hold American prisoners, Lynch said. In 1778, as an invading French fleet approached British-held Newport, the Lord Sandwich and 12 other ships were scuttled to block the harbor.

Now 240 years later, there remains much work to be done to know if the ruins at the bottom of the harbor are, in fact, the Endeavour. The next steps include excavation to measure timbers buried in the muck, recovery of possible artifacts, and non-destructive inspections, such as analyzing 3D imaging of site features. Then, wood samples from all the wrecks will be analyzed and checked against construction records. Additional clues may be pollen embedded in the pitch between timbers that could only have come from the Pacific, exotic wood used during repairs, or bits of cloth or buttons from a Hessian uniform.

Lynch was contracted for the project and she also volunteers her time. The project is supported by classes, including site mapping and other training provided by Lynch, Rhode Island Marine Archaeology Project (RIMAP) memberships, as well as federal and other grants, including from the Australian National Maritime Museum.

Jennifer Foster earned her Ph.D. in 2003 and spent the following 4 years teaching at the UMass School of Nursing before being recruited to Emory. Lynn Sibley, the former wife of George Armelagos was working on gathering nurse-midwifery faculty with PhDs in anthropology to work on global maternal-newborn research, and Jenny fit the bill.  After a fulfilling decade at Emory, which included multiple research projects in the Dominican Republic, Mexico, and a Fulbright semester in Chile, Jenny retired in May 2018. Jenny (now Professor Emerita at Emory) and her husband David currently live in Honolulu as the Resident Couple at the Honolulu Friends Meeting.  She sends everyone a fond “Aloha” from Hawaii.