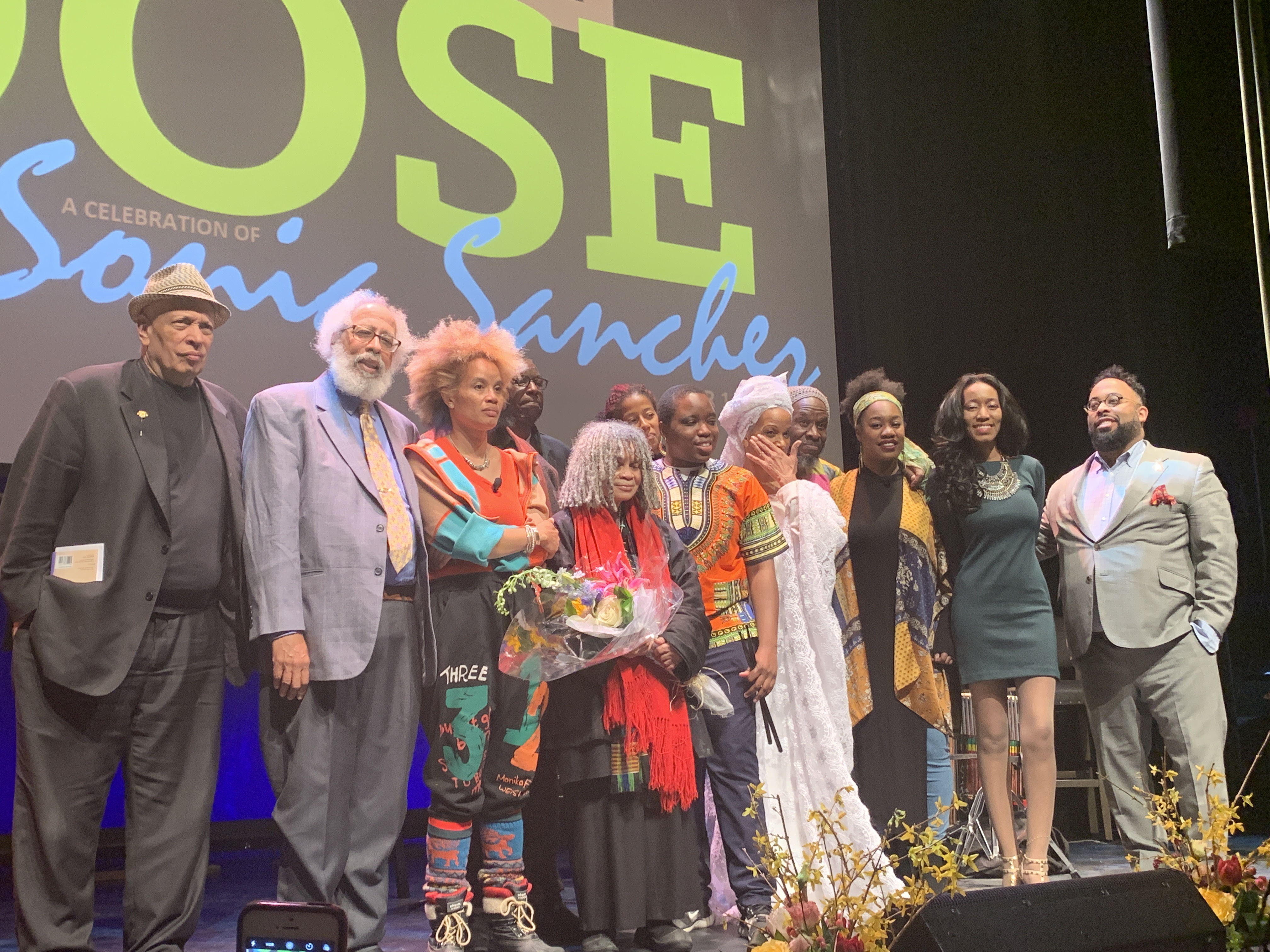 On April 2nd Professor John Bracey participated in “Shake Loose: A Celebration of Sonia Sanchez” a surprise gathering at the Schomburg Center for Research in Black Culture honoring Sonia Sanchez for her life long achievements and her role as Schomburg Society National Ambassador. The program was organized and moderated by Kevin Young, acclaimed poet and current Director of the Schomburg. In addition to Kevin Young some of the outstanding poets paying tribute to Sister Sonia were Cornelius Eady and Aja Monet. A highlight of the evening were remarks and a poem by the novelist Walter Moseley.

Professor Bracey reflected upon his half-century of friendship and collaboration with Sonia Sanchez. Not one to shy away from a challenge he concluded his remarks by reciting his “Haiku for Sonia”. The poem, which appears on a mural in Philadelphia, garnered appreciative applause and favorable comments from the packed auditorium.

Professor Bracey was accompanied by his intrepid research assistant and chronicler Ms Sophie Mollins who gathered visual and audio documentation of the program.

Professor Bracey and Ms Mollins returned the next day to the Schomburg’s in manuscript room. Ms Mollins was researching interviews and correspondence relating to Professor Bracey’s interactions with teachers and co-authors such as St. Clair Drake and August Meier. Professor Bracey took the opportunity to check on the status of the processing of collections of papers, such as those of Benjamin McLauren, which contain invaluable documentation of Black political and social activism since the Second World War. Professor Bracey also inquired as to how to remove any restrictions on his interviews, documents, and correspondence held in various collections so that they would be open immediately to researchers.

We crossed paths again with Phil Sinitiere a recent visiting scholar at the Du Bois Center on the UMass campus. By chance we had a rich discussion with Leonard Jeffries on the Pan-African dimensions of the origins of Black and Africana Studies.

Professor Bracey will be returning to the New York/New Jersey area on May 2nd and 3rd as an invited speaker at the Second Civil Rights Summit to be held at the New Brunswick campus of Rutgers University.