The W. E. B. Du Bois Department of Afro-American Studies is one of the largest such departments in the country, offering an undergraduate major for all students who wish in-depth knowledge of the history and culture of black people in the Americas and the worldwide African Diaspora.

The course of study is interdisciplinary with courses in African and Afro-American history, art, political science, and literature. Students in our department have the opportunity to participate in a variety of on- and off-campus learning situations. The training and experience of the faculty provides a perspective on the history, culture, and place in the world of Africans and Afro-Americans that differs markedly from that of the traditional disciplines. This approach to the study of humanity offers a better understanding of the totality of human experience. Our highly selective doctoral program seeks to reproduce both the scholarship and the social commitment of Du Bois in a new generation of scholars who will carry into the 21st century the work that Du Bois accomplished in the 19th and 20th centuries. Rigorously trained by us in the highest ideals and most advanced techniques of scholarship, our students are urged to carry that scholarship out of the academy and into the world, for the good of the community and the nation. We endeavor to produce well-trained scholars who will bring a unique fusion of cross-disciplinary scholarship and social commitment to their own colleges and universities, and to the communities in which they live. 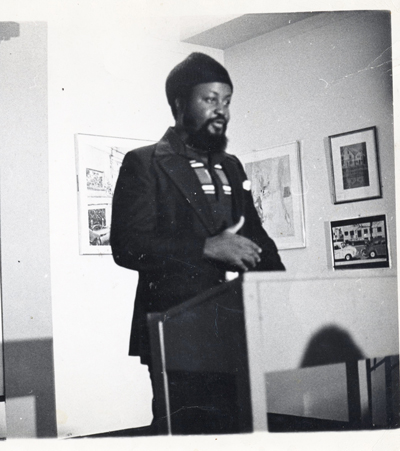 Over the past four decades the Du Bois Department has helped to build a scholarly and cultural community that stretches from our physical home in New Africa House on the UMass Amherst campus to the Berkshires town of Great Barrington, MA, where Du Bois grew up, to Accra, Ghana, where he is buried. Shirley Graham Du Bois thought so highly of the work being done here that she called the department the best to emerge in the 1970s, and she sent Radwa Ashour to us from Egypt to study here for her doctorate in African American Literature. Ashour earned her Ph.D. here in 1975, two decades before we established our own doctoral degree program. Prof. Shirley Du Bois became a faculty member in the department as did her son David Du Bois. Through our relationship with the Du Bois family, with the late Herbert Aphteker, to whom W.E.B. Du Bois entrusted the preservation of the largest body of his papers, and our work as the Du Bois Department, the UMass Library acquired the Du Bois Papers. We also became the stewards of Du Bois's boyhood home site in Great Barrington, which became a National Historic Landmark on May 11, 1976. In 1994, the University's Board of Trustees named the main library on the Amherst campus in honor of W.E.B. Du Bois. Professor William Strickland is the Director of the Du Bois Papers. In 2001, efforts of Professors Strickland and David Du Bois resulted in the first Spanish language edition of The Souls of Black Folks which the Fernando Ortiz Foundation published. The Department sees the Du Bois legacy as central to our identity and will continue to work as we have for the past forty years.

Here are links to some key pieces in the ever-expanding Du Bois Department Digital Archive: