Spring course enrollment is now open! It’s time to invest in your career with four creative and innovative Spring courses from the Arts Extension Service! Our diverse course offerings are the perfect way to broaden your understanding of the arts in an experiential and practical setting. 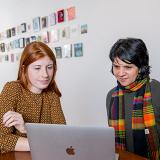 Most college students know that internships are important career steps that help them gain experience and become more competitive job candidates upon graduation. But, beyond that basic knowledge, many students don’t make time for them in their course schedules. This is unfortunate, because internships can be far more than resume-builders. The right internship can give a student not only important real-world professional skills, but the opportunity to build relationships in their field and community. It can also give them a clearer idea of what type of work they enjoy doing and how they can mold that work into a sustainable, satisfying career. 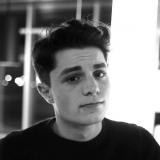 A Passion for Stories: Writer and UMass Alum Nathan Frontiero

While students are often told to study what they are passionate about, they are not always taught how to translate their passions into sustainable careers. Writing is a prime example of this phenomenon. Many people dream about being authors or journalists, yet few are able to center careers on their writing. That being said, it is not impossible. Those who are both dedicated to their craft and knowledgeable about the different practical dimensions of their work can turn their passions into professions. Nathan Frontiero, a recent UMass Amherst on-campus graduate and freelance writer who worked at Take Magazine, exemplifies this fact. 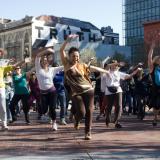 The Leadership Certificate provides advanced skills and cutting edge knowledge necessary for emerging, mid-career and seasoned arts managers from the nation’s leading provider of affordable, online arts management education. The Leadership Certificate offers the opportunity to address the field’s changing issues with experienced faculty and peers from across the nation and around the world. 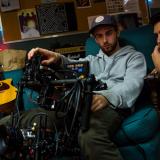 Film, more than anything else, is about communicating experience. It can be used to show the unseen and shape perspectives on meaningful topics, making it a powerful tool. Joshua DeFour, a filmmaker, former member of the Marine Corps, and University Without Walls graduate, understands this as well as anyone. 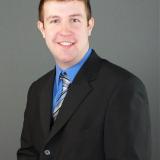 The period of time after college graduation is one of the most daunting periods in a “former student’s” life. After years of structured classes and regimented academic majors, students are forced to face the job market - a seemingly impregnable beast. But, more frightening still, they are forced to venture to his lair - the "real world.” While John Mayer, in his pop-star wisdom, insisted that no such thing existed, new college graduates might beg to differ. After excitedly leaving crowded amphitheatres, their long gowns fluttering beneath them and their golden diplomas shielding their eyes, they are forced to confront a daunting question: are they prepared to face what lies outside? Not long ago, Colin Keane was one of these students. Yet, unlike many, Colin came to the real world confident in his skill set. And AES courses played a pivotal role in his preparation. 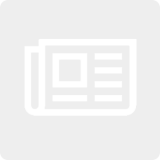