Arts & Culture: What’s Our Role in Greening the Future? 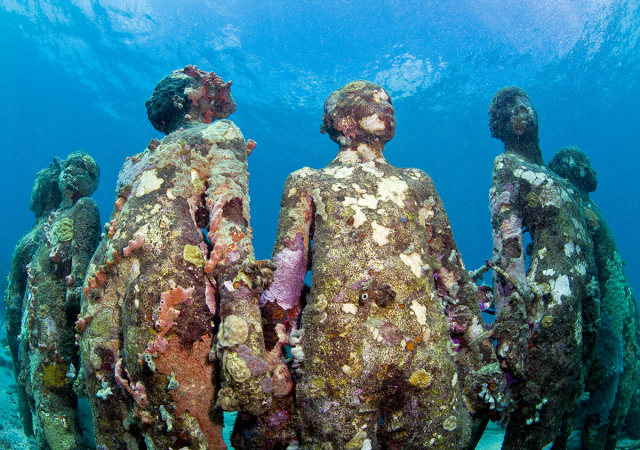 As news of the devastating effects of the climate crisis floods our screens and inboxes at an ever faster rate, many artists, arts professionals and organizations, cultural workers and leaders are organizing and collaborating on initiatives to keep apace. Arts professionals and leaders are quickly rising to the calls for urgent action coming from environmental activists and climate justice advocates around the globe, and AES has been among those future-oriented organizations leading the charge. AES first offered its Greening Your Nonprofit Arts Organization course in 2010 and has been advocating ever since for the field of arts management to join the movement to address climate change.

“There’s a crescendo of interest in both art that is itself about the environment and art that is self-consciously environmental, and I think that’s entirely understandable and good, because it draws attention to these dire situations we’re facing,” said Karl Kusserow, curator of American Art at the Princeton University Art Museum, in the New York Times in March. Kusserow co-curated “Nature’s Nation: American Art and Environment,” which was on exhibit at the Peabody Essex until May and is now at the Crystal Bridges Museum of American Art in Arkansas until September 9. The show is organized chronologically from the 1800’s through today and not only traces ecological changes and vulnerabilities of the Hudson River, but also to reveal how the river created what Marci Reavean, the Museum’s vice president for history exhibitions, called “an incubator for environmental activism.”

On the front of “art that is about the environment,” the world premiere of “Passion for Planet,” Geoffrey Hudson’s oratorio succeeded in eliciting a strong emotional response from the capacity crowd that filled Sage Hall at Smith College on June 15. The libretto was crafted from excerpts of writings by Thich Nhat Hahn, David Orr, Bill McKibben, J.M. Coetzee, and others. The performance invited audience members to raise their voices with the choir in the finale. For an hour, the Illuminati Vocal Arts Ensemble, joined by the Hampshire Young People’s Chorus, held the attention of 600 listeners on the impending crisis of climate disaster, and audience members left inspired and moved to take action, as some expressed in the Q & A following the concert.

Parallel to these kinds of climate-focused artworks is inventive collaboration between art and science with the goal to produce work that can make real ecological impacts--the kind of work that Kusserow described as “art that is self-consciously environmental.” Decades ago, Agnes Denes, whom some have called “the mother of environmental art,” turned a two-acre landfill in NYC into a crop of wheat near Wall Street (Wheatfield, a Confrontation, 1987). This year, Xavier Cortada’s paintings of his beloved mangroves has grown into The Reclamation Project, which is revitalizing the mangrove forests of the Florida Keys. Cortada’s project was part of the exhibition Endangered Species: Artists on the Front Line of Biodiversity that presented 80 works of art by 60 international artists, spanning the 19th through 21st centuries. The exhibit at the Whatcom Museum explored “art’s historic role in raising public awareness about the human activities that threaten habitats.”

Museums, arts and cultural organizations, and educational institutions have a crucial role to play in addressing the climate crisis. They can:

The Green Museum, co-written by Elizabeth Wiley and Sarah Brophy is a required text for the AES Greening Your Nonprofit Arts Organization course. Both the book and the course are brimming with strategies, ideas, and tools for greening organizations. The Museum of Northern Arizona, one of the case studies in The Green Museum, integrated ecological sustainability values with “respect for the cultural values of the communities they serve.” They engaged with the protocols of the Navajo, Hopi, Yavapai-Apache, and Havasupai, reflecting a commitment to follow the lead of Indigenous communities who have fought to protect their land for centuries. Another case study looks at the Getty Center, an organization that achieved LEED-EB certification in record time, due to excellent design (green roof, underground parking) and record keeping of energy usage from its inception. The Arts Extension Service’s Fundamentals of Arts Management, 6th Edition includes the “Greening Your Arts Nonprofit” chapter, co-written by Sarah (Brophy) Sutton and Dee Boyle-Clapp. This chapter provides clear guidance on how to transform an arts organization into a climate leader, inspiring staff, board, as well as audience members to do their part.

“Hope is a verb with its sleeves rolled up,” was a line from David Orr’s Dangerous Years, sung in Passion for Planet. The groundswell of artists, organizers, scientists, planners, politicians, rolling up their sleeves builds hope that we can do what is needed to keep ourselves from making our planet uninhabitable. In Greening Your Arts Nonprofit Organization, students will learn how to identify problems, then create substantive change in arts/humanities programming and facility operations that will make a difference for people, planet and programs. The online section of this course empowers arts professionals to create a greening plan for the arts organization where they volunteer or work. The course section on the UMass Amherst campus is a newly designated community engagement course, and supports the case study organization Wistariahurst Museum (Holyoke) in their efforts to involve their community. A Service Learning option is available for interested campus students. A recent student said: “This class was the most hands-on of any in my program!”

Learn more about the Greening Your Nonprofit Arts Organization course offered online and on campus this fall.

Order your copy of Fundamentals of Arts Management, 6th Edition, including the "Greening Your Nonprofit Arts Organization" chapter.