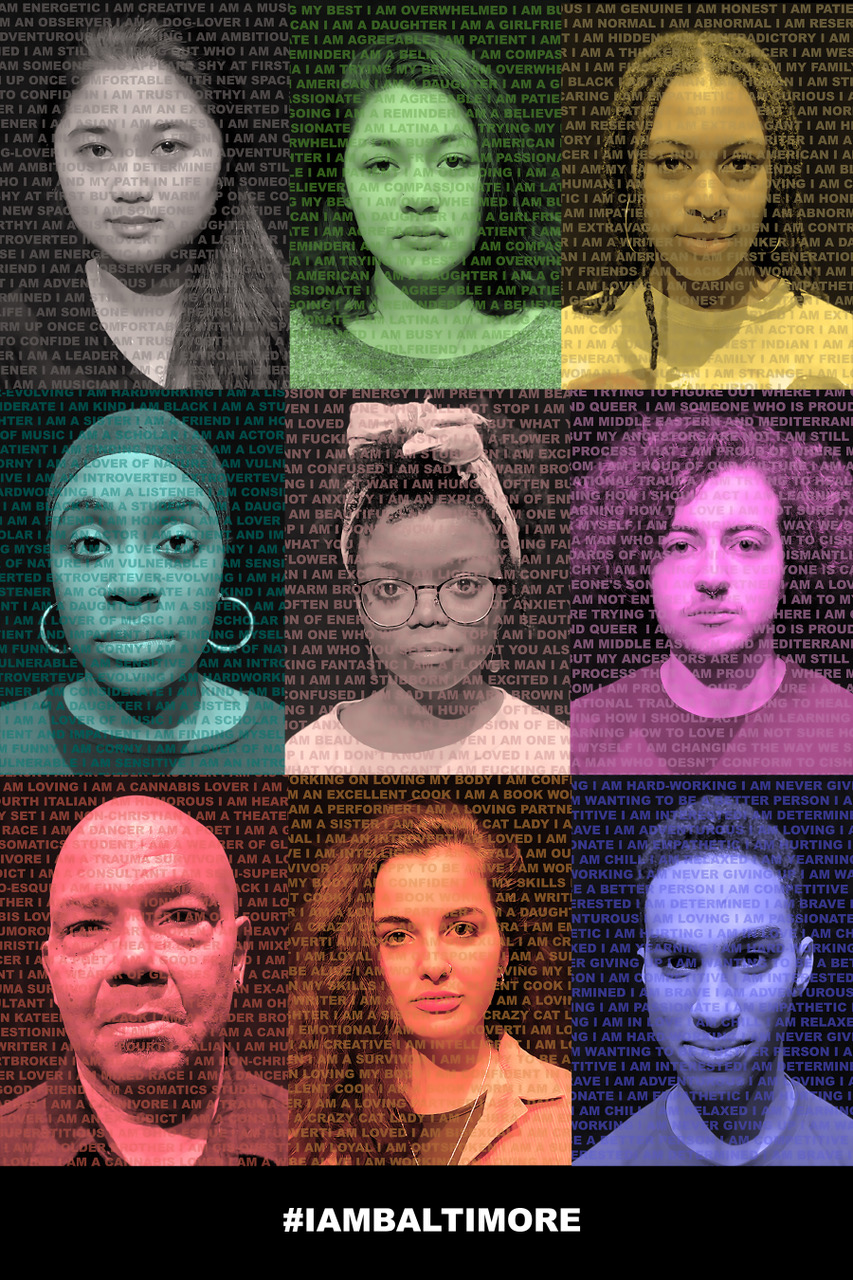 This past October, UMass Theater produced Baltimore by Kirsten Greenidge, a play that examines the reactions and lack of communication between a group of students, their residential advisor, and the school’s administration in the wake of a racist incident that occurs in a resident hall on a New England university campus, much like UMass.

Every performance was followed by a post-show discussion with audience members. I was impressed by the student facilitators’ ability to lead an effective conversation about the difficult topic of race and racism on college campuses. I learned that they had been guided in their preparation by Shaila Schmidt, the dramaturg of the production, who also worked hard to help the actors tackle the difficult parts of their roles, as well as creating resources for the high school students who came to our matinee performance.

Intrigued, I asked Schmidt to talk to me about what the work of a dramaturg entails.

Schmidt’s work as a dramaturg included two major facets on this production: to work with the cast and production team to inform them of the context in which the events of the play occur, and to reach out to the audience to help them process their own feelings after the performance.

As is typical for a dramaturg, Schmidt’s work began with research about the play. She was interested in learning about the social, historical and political background of the play to provide an entry point for the audience, cast, and artistic team who were primarily made up of members of the UMass campus community.

As the ones responsible for bringing the characters to life on stage, the cast’s understanding of the play plays a big role in the audience’s understanding of the play. Therefore, Schmidt’s first task was to help the cast understand their characters better. During table work—the part of the rehearsal process where the director, cast, and other artistic team members read and discuss the script together—Schmidt asked them to describe themselves, in sentences beginning with the phrase, “I am…”, then thinking about the ways their personal identities and their characters identities relate to each other. In addition to helping the cast better understand the characters they were portraying, Schmidt’s exercise was used to create powerful posters that were displayed in the lobby and used as part of a social media campaign.

If the exercises Schmidt organized for the cast helped them find an entry point to the play, the post-show discussion directly addressed the audience’s experience and empowered them to process their feelings about the play. Post-show discussions often part of a dramaturg’s duties but was particularly key in this case as the play was specifically chosen as a catalyst for conversation. In fact, the Department of Theater received significant financial support to produce the play from the Offices of Student Affairs & Campus Life and Equity & Inclusion for just that reason.

Instead of inviting faculty or staff to facilitate these conversations, Schmidt trained undergraduate and graduate students from the Department of Theater who had both experience in and passion for a task such as this. She felt that since the central conflict of Baltimore involved an incident that occured between students on a college campus not unlike UMass, she did not want faculty and their perceived authority, to get in the way of honest and open conversations among audiences that would be composed largely of students. The facilitators’ experience as students who live and work on the UMass campus would also help them build stronger connections with the audience as well as the themes of the play.

After recruiting facilitators for these discussions, Schmidt worked closely with them to ensure they had the necessary tools and resources to foster meaningful conversations with the audience. Together with Dave Neely from the Office of Equity & Inclusion, Schmidt and the students created a protocol for the discussion, in an effort to help participants feel they were in a safe and equitable environment to talk about such difficult topics. The protocol, which included mutual agreed upon community agreements, built a framework to allow the participants to express their feelings while at the same time, reminded them to be mindful of the other participants in the room. Schmidt did not lead any discussions herself, instead she observed all discussions to offer support and step in should conflict arise during a discussion. All audience members, regardless of whether they stayed for the post-show discussion or not, were offered a list of campus resources and courses from various departments, should they wish to explore the topic further and continue the work started in these conversations.

In addition to these discussions, Schmidt led a post-show Q&A with the cast during a high school matinee. Schmidt and the actors answered questions about the production process and experience, giving these students insight into the issues of the play, and strategies they might employ as actors in college one day. Previous to the matinee, a handful of these students also participated in a workshop led by her and comprised of the same exercises she completed with actors during rehearsal. This provides another example of the type of outreach a dramaturg might do on a production.