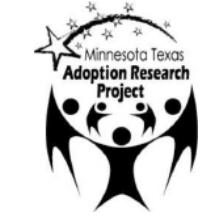 At Wave 1, Harter's Self-Perception Scale for Children, a measure of self-esteem, was administered to all children over the age of 7.5 years. The children as a group scored within the normal range on this scale. Average levels of self-esteem did not differ by level of openness in the children's adoptions (Wrobel, Ayers-Lopez, Grotevant, McRoy, & Friedrick, 1996).

At Wave 1, variations in adjustment among adopted children were linked to relationships within their adoptive families as well as to the quality of the connections across the adoptive kinship network in which they were members. There was no relation between level of openness and the children's socioemotional adjustment, as measured by the Child Adaptive Behavior Inventory (Grotevant & McRoy, 1998). Subsequent analyses focused on family process predictors of adjustment, including acknowledgment of difference, compatibility, parents' sense of entitlement, and parenting competence. In these analyses, the strongest predictor of problematic adjustment outcomes (internalizing and externalizing) during middle childhood (Wave 1) was the parent's perception of the child's incompatibility with the family (Ross, 1995)

Looking longitudinally, we found that higher degrees of perceived compatibility maintained from middle childhood to adolescence were associated with higher degrees of psychosocial engagement (defined as adolescents' active use of inner resources to interact positively with others in family, peer, and community contexts) and attachment to parents and lower problem behavior. The results were similar for male and female adolescents and regardless of whether compatibility change patterns were derived from mothers' or fathers' perceptions (Grotevant, Wrobel, van Dulmen, & McRoy, 2001).

On average, our sample of adopted adolescents was no different in levels of adjustment from the national norms developed on a set of well validated measures. In addition, level of openness by itself was not a major predictor of adjustment outcomes at Wave 1 (Grotevant & McRoy, 1998) or Wave 2 (Von Korff, 2004). However, relationship qualities such as collaboration in relationships and perceptual qualities such as perceived compatibility were predictive of adjustment across openness levels.

Curiosity about Birth family and Searching

An important aspect of our work is that we have brought forward the voices of the children and adolescents who have participated. For example, at Wave 1, all children showed curiosity about their birth families; children's own reports about their curiosity about birthparents did not differ by level of openness (Wrobel, Ayers-Lopez, Grotevant, McRoy, & Friedrick, 1996). Adolescents' interviews from Wave 2 have contributed to understanding of the process of searching for birthparents (see Wrobel, Grotevant, and McRoy, 2004, for details). We view decision-making about searching as part of the normative developmental process for adolescent and young adult adoptees. This does not mean that every adoptee will search, but it does mean that they will need to consider the decision to search as part of the process of their development. Curiosity about birthparents and a strong desire to meet them did not negate adolescents' positive views about their adoptive family.

Adopted youth are confronted with the challenge of making meaning of their beginnings, which may be unknown, unclear, or otherwise ambiguous. Meaning-making (e.g., Kegan, 1982; Klinger, 1998) involves constructing a story about oneself that attempts to answer many questions: Where did I come from? Who were my parents? Why was I placed for adoption? Do my birthparents think about me now? Do I have siblings? What does adoption mean in my life? This story, or narrative, helps adolescents make sense of the past, understand the self in the present, and project themselves into the future (Grotevant, 1993). Constructing this narrative is about the development of adoptive identity, the evolving answer to the question: "Who am I as an adopted person?" (Grotevant, 1997; Grotevant, Dunbar, Kohler, & Esau, 2000). This is part of the larger process of identity development, which is widely recognized as an important task of adolescence that lays a foundation for adult psychosocial development (Erikson, 1968).

The narrative approach to identity highlights the integration and coherence of the self through the evaluation of the structure, content, and function of the narrative (e.g., McAdams, 1987, 1993, 2001; Mishler, 1999). From this perspective, the adolescent is viewed as creating and recreating a life story that makes meaning of and gives purpose to his or her experience of adoption.

The process of adoptive identity development may involve a period of time when adoption issues are particularly salient, involving intense reflection and emotional engagement, perhaps preoccupation on the part of the adolescent (Dunbar, 2003). When this occurs, it may be accompanied by the adolescent's temporary emotional withdrawal from the adoptive family. On average, girls' levels of preoccupation (measured by the Adoption Dynamics Questionnaire) were higher than boys' (Kohler, Grotevant, & McRoy, 2002). Differences in degree of preoccupation with adoption were not related to the level of openness in the adolescent's adoption.

In the first group, unexplored adoptive identity, the adolescent had undertaken little or no exploration, adoption had low salience, and little affect around adoption was expressed. For example, one adolescent stated, "Because I feel like it's over and that I'm happy where I am and I just don't want to mess with that other part." Another noted that "I don't really think about adoption that much so it's just, I probably don't even realize that I am."

In the second group, limited adoptive identity, adolescents were actively exploring ideas. As one young woman stated, "Sometimes it's important to me and sometimes it isn't."

Adolescents in the third group, unsettled adoptive identity, had narratives that were coherent and integrated, marked by high exploration of adoptive identity, high salience, and strong negative affect. One adolescent stated, "My mom (adoptive) and I aren't very close and I know that's (adoption) the reason. I mean if, I'm sure if I lived with my real mom we'd be a lot closer, we'd talk about it and that's just hard because all my friends can talk to their moms."