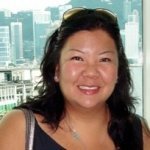 Dr. Baden co-created the Cultural-Racial Identity Model for transracial and international adoptees. She co-edited the Handbook of Adoption: Implications for Researchers, Practitioners, and Families (Sage, 2007) and serves on the editorial board for Adoption Quarterly. She also co-chairs the Biennial Adoption Initiative Conferences held at St. John’s University, New York City. Dr. Baden was named an Angel in Adoption by the Congressional Coalition on Adoption and is a Senior Research Fellow of the Evan B. Donaldson Adoption Institute. 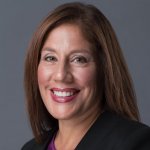 Dr. Branco is a licensed professional counselor in Virginia and Maryland. She is an approved supervisor in Maryland, Nationally Certified Counselor (NCC), and an Approved Clinical Supervisor (ACS). Dr. Branco earned her BA in Human Services and MA in Rehabilitation Counseling from the George Washington University. She earned a doctorate in Counselor Education and Supervision from Virginia Tech. For fourteen years she maintained an independent clinical practice specializing in working with adults, children, and families connected to adoption and foster care. In addition, she has professional experience working in community mental health, prenatal care clinics, and with immigrant populations. She utilizes attachment theory, family systems, and trauma informed approaches in her clinical practice. 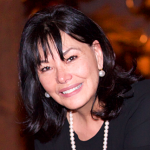 Susan has been an adoption and child welfare advocate for more than twenty-five years.  Adopted from Korea in 1956, her life experience as an early international adoptee gives her a unique and personal perspective.Susan’s current and past board memberships include: Child Welfare League of America Adoption Advisory; The Evan B. Donaldson Adoption Institute Ethics Committee; Women’s Campaign International; Oregon Korea Foundation; International Concerns Committee for Children; the Center for Family Connections; North American Council on Adoptable Children; the USAID Advisory Committee on Voluntary Foreign Aid; The White House Council on Women in the America’s; the Joint Council on International Children’s Services and the Oregon Commission on Asian & Pacific Islander Affairs.  In 2002, the Congressional Coalition on Adoption presented Susan with an “Angel in Adoption” award.  She was awarded an Honorary Doctorate of Humanities in 2010 by Northwest Christian University and in 2016 she was inducted into the National Council for Adoption Hall of Fame. 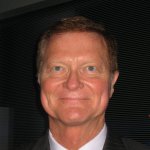 Chris Downs has devoted the last 35 years trying to improve services and outcomes for older, at-risk youth in America. Dr. Downs is an accomplished Developmental Psychologist with scores of publications and presentations in his dossier including co-authorship of the landmark What Works in Foster Care? published by Oxford Univ. Press. Over the years he was lead author on numerous life skills assessments and resource libraries for youth used by over 2 million youth and their caregivers. Chris is a gifted teacher who delivers inspiring, cutting edge trainings on adolescent development to a wide variety of audiences nationwide. His Seattle-based company, The Downs Group LLC, offers training, assessment and consultation to all agencies that share one central concern: improve how they deliver services and lift outcomes for the youth they serve. 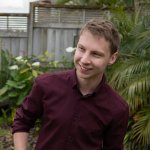 I’m Adopted is a global online community created and run by Russian – New Zealand adoptee Alex Gilbert. I’m Adopted established in July 2015. I’m Adopted shares stories, resources and topics for adoptees. Alex was born in Arkhangelsk, Russia in 1992 and placed in the Orphanage until he was adopted when he was two years old to his New Zealand family. He managed to find his birth parents in 2013 with social media. He has since been back to Russia four times. His story and I’m Adopted work has widely been shared in media in New Zealand and Russia. He created I’m Adopted to help others adopted around the world connect. He has released two books My Russian Side and I’m Adopted in 2014 and 2018. Alex spoke to Government Ministers at the New Zealand Beehive at the start of 2017 as well as speaking in Moscow in 2017 to the Children’s Rights Commissioner of the Russian Federation, Anna Kuznetsova. Outside of I’m Adopted, Alex works in Television and creates his own videos for adoptees. He also started his own initiative to send supplies to his orphanage in Russia. Since we started we have shared over 900 stories worldwide for adoptees worldwide. Many stories that have been shared have helped many find their birth families with the help of others in the community. I’m Adopted is not only available in English, but also in Spanish and Russian. 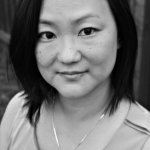 JaeRan Kim, PhD, MSW, LISW, is Assistant Professor at University of Washington, Tacoma in the School of Social Work and Criminal Justice. Dr. Kim’s research is focused on the intersection of adoption and disabilities, particularly exploring disability, race, and transnational experiences on post-adoption stability. JaeRan has over 15 years of experience working with foster and adopted children and families and has developed numerous training curricula for child welfare professionals. She is also the author of the blog Harlow’s Monkey, which focuses on the transracial/transnational adoptee experience. 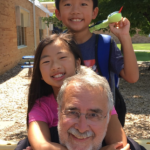 Joe Kroll, an adoptive and birth father and proud grandfather, became involved with NACAC in 1975 and served as NACAC's executive director from 1985-2015. As executive director, Joe moved  NACAC from a small grassroots organization to an acclaimed nonprofit that serves thousands of adoptive parents each year and strives to improve the child welfare system for foster children and the families who care for them.
As a passionate advocate for children, Joe’s work included talking with individual families about how to obtain post-adoption support, training parent group leaders and other foster and adoptive parents, and testifying before Congress and speaking at the White House to achieve needed system reforms to better serve vulnerable children and families. He remains committed to achieving system reform by building a network of adoptive families at the grassroots level. By bringing together parents, professionals, and policy makers for more than three decades at NACAC, Joe significantly improved the lives of adoptive families throughout the U.S. and Canada.
In 2016 (January-May)and then again 2018 (July-November ) Joe served as the interim director of Voice for Adoption as VFA transitioning to a new executive director. He continues to serve on the VFA board as the financial manager. 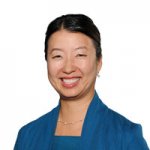 Hollee A. McGinnis, Ph.D. was selected in the fall of 2019 to hold the inaugural position of program committee chair for the Rudd Adoption Research Program Conference. She is an assistant professor in the VCU School of Social Work and an active member of the Rudd Adoption Research Program Advisory Board.. She is interested in children’s mental health and well-being, child welfare and alternative care systems, and global social work. Her research broadly examines the social and cultural determinants of children’s mental health and well-being, with a specific focus on improving outcomes across the lifespan for children with histories of early childhood adversity and child welfare involvement in the U.S. and globally. This research is informed by her post-MSW training in children’s mental health at the Yale Child Study Center, work as the policy director at the Donaldson Adoption Institute, and founder of the non-profit organization for adult intercountry adoptees and adoptive families, Also-Known-As, Inc. 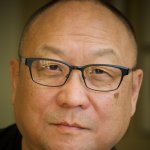 Glenn Morey is half of a husband/wife filmmaking team, along with Julie Morey. Glenn is an inter-country adoptee, born in Seoul, Korea, in 1960, abandoned as a new-born, and adopted at the age of 6 months to the US. He lives in Denver and has enjoyed a 40-year career in branding, media, and filmmaking. He was an Executive Producer for the documentary film, "House on Fire: Black America Responds to AIDS," featuring the late Julian Bond, Rep. Maxine Waters, Kweisi Mfume, Maya Angelou, and many
other African-American leaders; awarded Best Documentary for the Houston International Film Festival and broadcast on PBS. The Morey’s current documentary film project, Side by Side, presents the stories of 100 former South Korean orphans and “social orphans” who were adopted to Western countries or who aged out of Korean orphanages. In collaboration with the New York Times Op Docs editors, the project was adapted into the short doc, Given Away. The short doc, Side by Side, won the Gold Jury Award for Best Short Documentary in the Social Justice Film Festival. It was also an Official Selection of the San Diego Asian Film Festival, Boston Asian American Film Festival, and others. In 2019, Side by Side completed exhibitions in Seoul and New York City, with its 12-screen video art installation, and is in planning for a national tour. In 2020, Side by Side will be released as a 4-hour Audible Originals title. 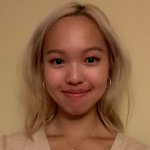 Grace is a junior at the University of Massachusetts Amherst pursuing a BA in English as well as a minor in linguistics and certificate in Professional and Technical Writing. She became a mentor through Big Brothers Big Sisters in the fall 2019 as a part of the Adoption Mentoring Partnership (AMP). Grace is the president of the Adopted Student Advisory Panel (ASAP), a student organization that focuses on creating a space for adoptees on campus to speak about their experiences with adoption openly with other adopted persons as well as engage in forms of educational outreach within the larger community.

Julia Rimmer is Research Fellow at the University of East Anglia, England. Julia gained her PhD at University of Sheffield and has over ten years' post doctoral experience working on a number of projects in Health and/or Social Sciences at UK universities, often working with mixed methods but specializing in qualitative research. She is currently helping to lead a narrative analysis study working with Prof. Beth Neil on the Economic and Social Research Council funded study: ‘From being adopted to becoming a parent: when adopted people become parents and adopters become grandparents’. Please contact Julia for more details and publications etc. 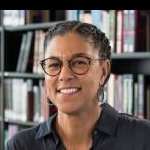 Gina E. Miranda Samuels is an Associate Professor at the University of Chicago’s School of Social Service Administration, and Faculty Affiliate at the Center for the Study of Race, Politics and Culture. Her scholarship explores processes of identity, belonging, relational (im)permanence, ambiguous loss, and the effects of chronic displacements from one’s experience of family and home among youth and young adults with histories of foster care, homelessness, and/or transracial adoption.  Prior to her academic career, Dr. Miranda Samuels was a child welfare caseworker, a juvenile probation agent, and also a clinician with youth under court supervision for violent offenses. 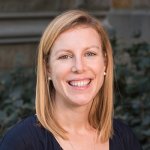 Addie Wyman Battalen, PhD, LICSW is a therapist and team leader in the Counseling and Mental Health Services Department at Harvard University. Her research and practice interests broadly focus on developing and adapting clinical interventions designed to improve the mental health and well-being of children and families, especially among diverse populations, including sexual and gender minority (SGM)-identified parents and youth. Addie was a 2017 Rudd Adoption Research Scholar.