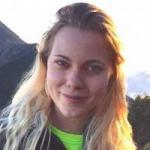 Brooke Burrows received her BA as a double major in Psychology and Human Rights from Columbia University in 2015 and was awarded the Myra Kraft Prize for Superior Academic Achievement in the Study of Human Rights. In addition, as a Kenneth Cole Community Engagement Fellow, Brooke worked with the Fortune Society to address the issue of food insecurity for formerly incarcerated individuals in New York City. Brooke pursued research projects in Dharamsala, India evaluating how human rights rhetoric has influenced members of the Tibetan Exile Community in both their personal and political ambitions as well as in Southern Louisiana working with the Biloxi-Chitimacha Tribal Council for the creation of a needs assessment to address climate change-based migration.

Brooke's current research interests include international justice mechanisms, reconciliation processes, how the human rights framework impacts conflict resolution, and understanding conflict as a source of meaning across varying cultures. As a previous Peace Corps Armenia Community Development Volunteer and an AmeriCorps Project Conserve Member in Western North Carolina, Brooke is invested in the application of research to better understand and address the needs of vulnerable communities facing an increasingly connected but also resource-stressed world. 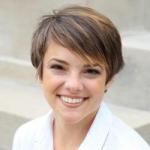 Trisha Dehrone received her B.A. in Psychology at Rutgers University – Newark in 2015. Prior to joining the lab, she was a project manager for two large-scale social psychological interventions with Dr. Mary Murphy at Indiana University. She became interested in conflict resolution during her experiences as a military wife and while interning in the White House Office of Presidential Correspondence. During this internship she managed casework for constituents interfacing with Department of Justice (DOJ) on a range of discrimination and justice cases and with U.S. Citizenship and Immigration Services (USCIS) fleeing violence and seeking asylum and refugee status.

Broadly, Trisha’s research interests center around intergroup relations, prejudice reduction, and conflict associated with social justice efforts. She is specifically interested in understanding how positive contact can enhance white’s psychological investment in racial equality (empathy, humanizing outgroups, etc.) and testing strategies to eliminate the barriers to this investment (dehumanization, negative contact). She is also interested in understanding the factors that make bystanders more likely to intervene against discrimination and violence (i.e., hate crimes, genocide). She is invested in conducting research and evaluating programs designed to improve interracial relations and reduce racial and ethnic conflict. 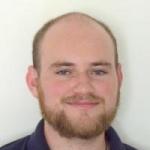 Joel Ginn received his BA in Psychology from Oberlin College in 2014 with a Concentration in Peace and Conflict Studies. As an undergraduate research assistant he worked with an interdisciplinary team studying conservation behavior, systems thinking, and community building in response to feedback technology on resource flows in the town of Oberlin.

Joel’s research interests remain in the field of social and environmental psychology. His main interest is identity and how it relates to activism and social change. Particularly, Joel studies how identity as an environmentalist affects behaviors related to conservation and what factors predict the strength of that identity. He hopes that his research will lead to strategies that promote action on issues related to those identities, transforming intention and attitudes into behavior. 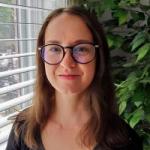 Andrea received her BA in Psychology from Kwantlen Polytechnic University in 2019. As an undergraduate research assistant, she investigated how moral values and environmental identities can be used to encourage pro-environmental behavior. She also studied the influence of fear appeals on emergency preparedness intentions, and conducted an evaluation of a city-wide program to increase emergency resilience. Her honor's thesis was titled: "Promoting Pro-Environmental Behavior by Strengthening Identities"
Andrea's current research interests are in the field of environmental psychology. She is interested in understanding how people can be encouraged to adopt more eco-friendly behavior. Andrea also continues to be interested in emergency resilience, and researching how it is connected with climate change. She hopes that her research will help to find effective ways to promote more environmentally-friendly lifestyles to help reduce the impacts of climate change. 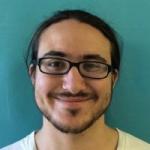 Quinnehtukqut McLamore received their BA as a double major in Psychology and Biology from Bard College in 2016. Research during their undergraduate career spanned broadly, examining physiological and microbial underpinnings of stress and aggression on the biological side and social judgment of negatively stereotyped people on the psychological side.

Quinnehtukqut’s current research interests center on conflict narratives, social justice, intractable conflicts, group-based reasoning and prejudice, competitive victimhood, conflict resolution, and how
conflicts escalate into long-term cases to begin with. They are also interested in assessing perceptions of conflicts and inequalities from disadvantaged groups and how disadvantaged or victimized groups think
about more advantaged groups. They hope that such research can eventually be used to reduce the intensity of developing conflicts and promote the resolution of on-going conflicts. 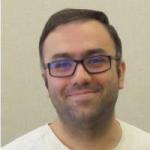 Nima received a Master of Science in General Psychology in 2010 from Guilan University in Iran. His current research interests are in collective action, intergroup processes, and social psychology of rights and duties. His most recent research is focused on two areas, explaining advantages and even possible disadvantages of adopting nonviolent strategies in political context compared to violent strategies, and examining the effects of a right-focused mindset vs. duty-focused mindset on social justice and prosocial behaviors. He hopes in light of his research he can find some effective ways to increase people's participation in promoting social justice in the society as individuals in general and help activists to eschew costly strategies and adopt tactics that are more efficacious to promote democracy. 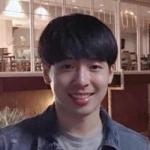 Min Suh received his BA in Psychology and East Asian Studies from Oberlin College in 2017. As an undergraduate research assistant, he investigated how systems thinking, induced by metaphors, improves decision making and conservation behavior in the context of environmental sustainability. He also studied the impact of social information and values on visual awareness of faces using continuous flash suppression and binocular rivalry.
Min’s current research interests are in the field of cultural psychology and intergroup relations. He is particularly interested in studying emotional factors implicated in real-life conflicts, specifically how they vary across culture. Min also hopes to continue his research on systems thinking and its implications to environment on cross-cultural level. He hopes that his research can be used to promote peaceful resolution to cross-cultural conflicts by approaching with strategies applicable to specific culture. 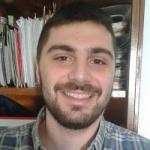 Stylianos received his B.A. with a major in Psychology and a minor in Classical Studies from Franklin & Marshall College in May 2018. As an undergraduate student he worked in the Biopsychology Lab with Dr. Wayne Hawley, the Social Psychology Lab with Dr. Megan Knowles and the Developing Moral Values Lab at the Development and Experience Center with Dr. Joshua Rottman. His undergraduate Honor's Thesis is titled: "The Construction and Validation of the Perceived Safety Scale."
Stylianos' interests are located in the fields of Social, Peace, Moral and Cross-Cultural Psychology. One line of research focuses on the examination of how current phenomena impact perceived safety. He has also examined this topic from a cross-cultural perspective. Another research interest is in morality and in particular what cognitive and emotional factors impact the attribution of moral concern to different entities. Other research interests include the interaction of conflict, art and culture.
He hopes that his research will lead to interventions focusing on methods that will increase public safety and is interested in pursuing future collaborations with other researchers engaged in this line of work.